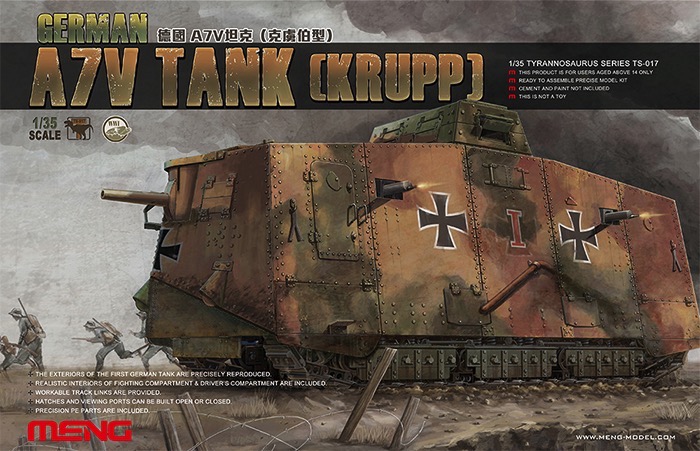 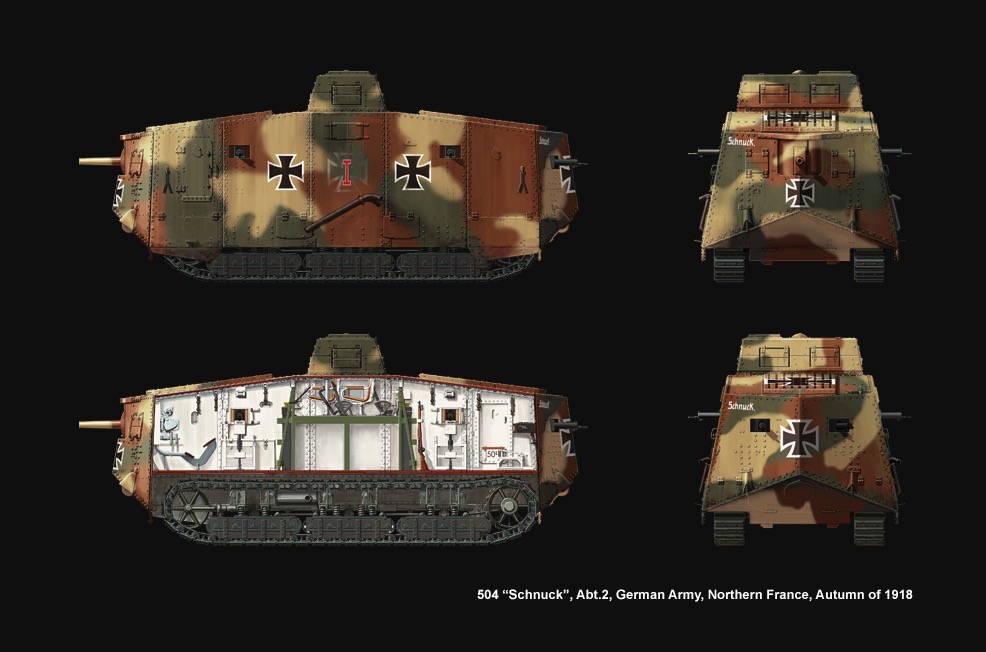 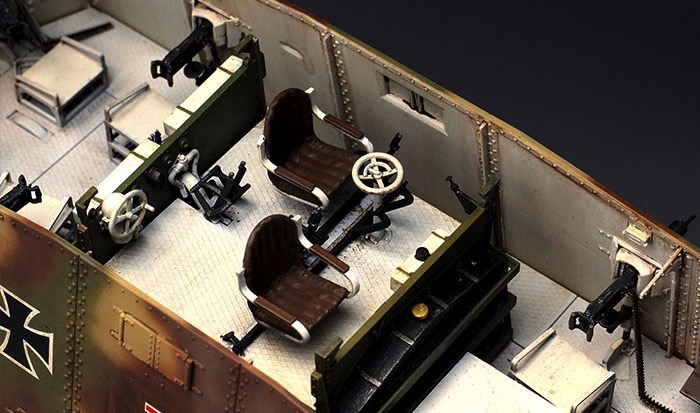 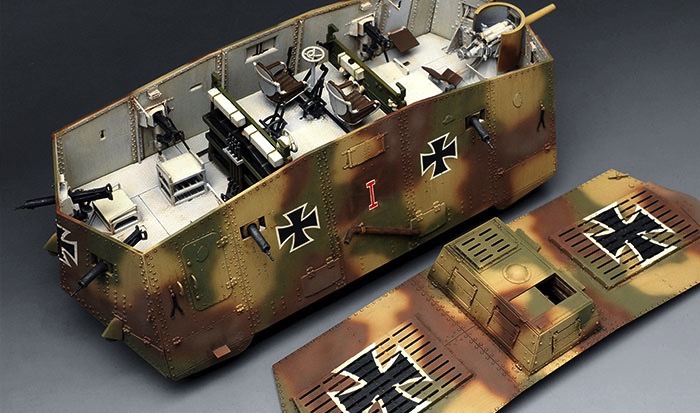 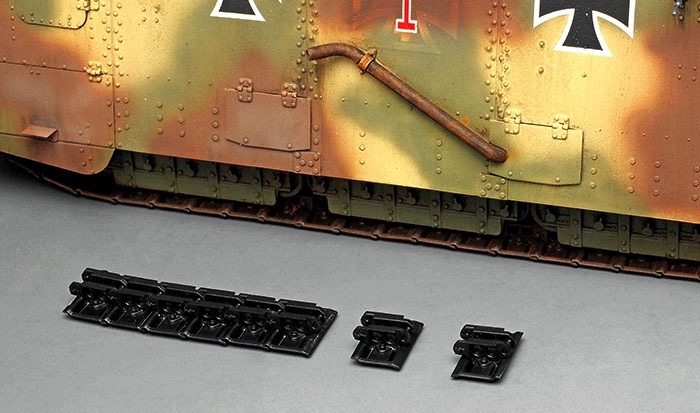 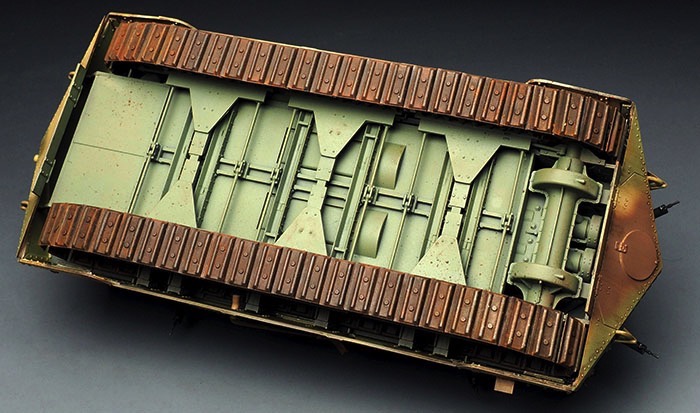 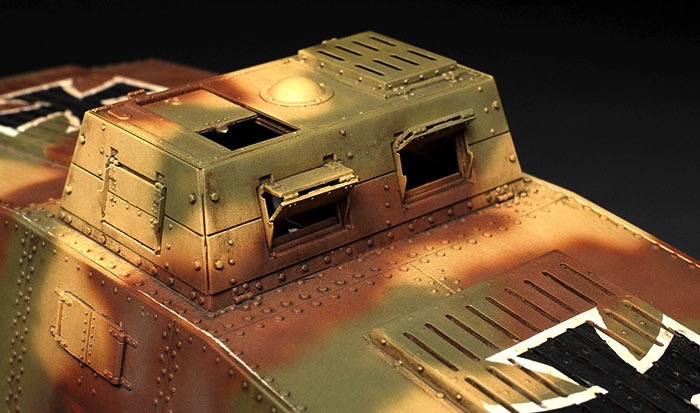 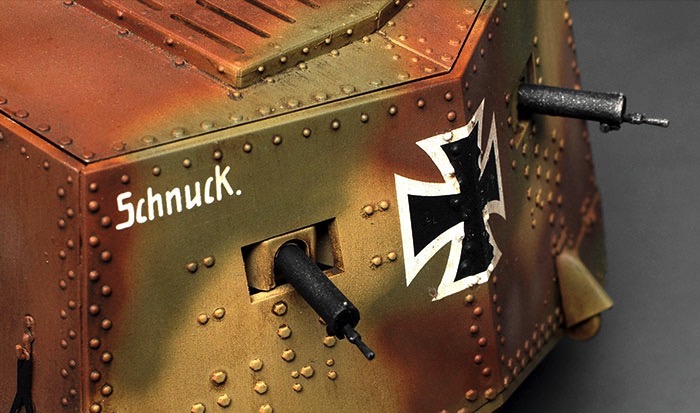 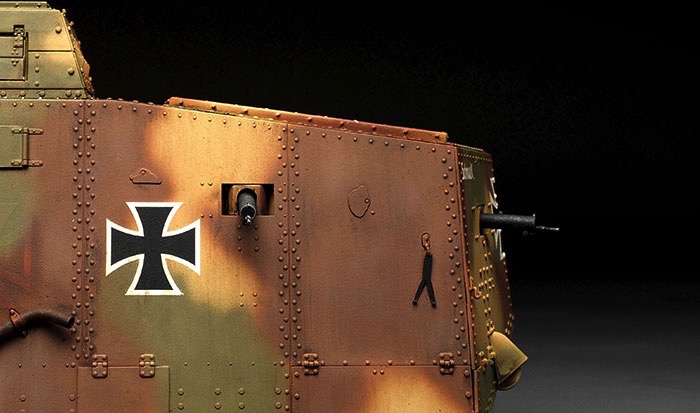 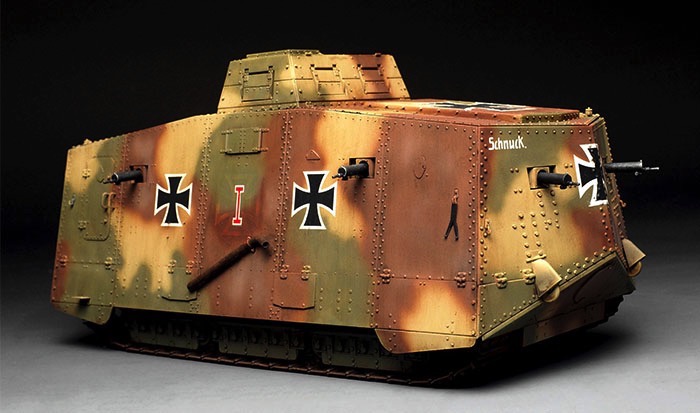 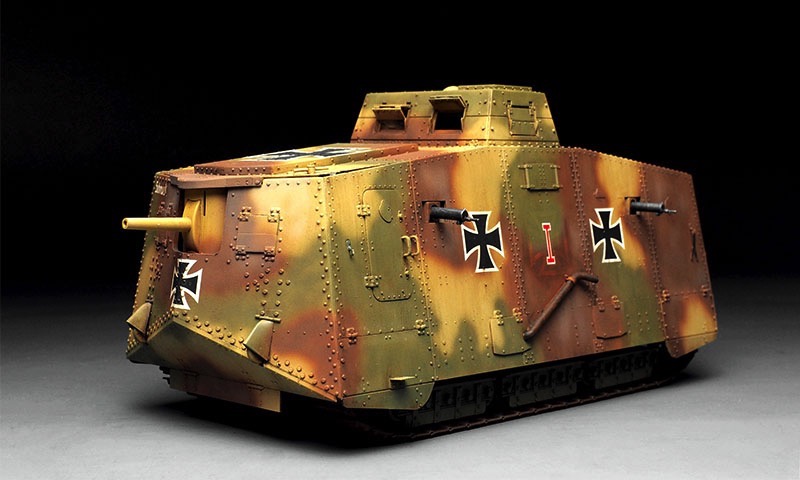 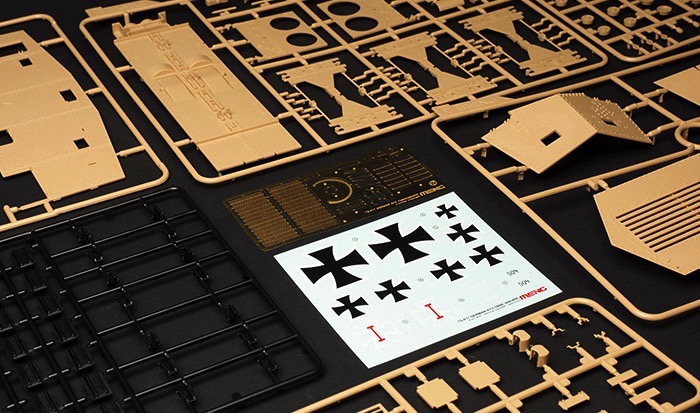 Features: The Panzer Empire's Moving Fortress
When German Army still depended on their machine guns and cannons, they were given a heavy blow by the British Mark I tanks in the Battle of Somme.

After that, Germany started development of its own tanks. After several setbacks, Germany's first tank, the A7V tank, was put into service in early 1918. The square-shaped tank was like a moving fortress when seen distantly and was greatly different from later tanks. Although normally the crew was 16 to 18 men, sometimes up to 26 were carried. Thus, A7V became the tank that carried the most men in the world. It adopted an improved Holt tractor chassis, and two 100hp Daimler 4-cylinder water-cooled petrol engines. Its armament was a 57mm Maxim-Nordenfelt QF gun and six Maxim MG-08 7.92mm heavy machine guns.

MENG now releases a new model kit which replicates the A7V tank made by made by Krupp Corp. This TS-017 1/35 scale German A7V Tank (Krupp) plastic model is 229mm long and 100mm wide. The model perfectly replicates the fighting compartment and driver's compartment; workable track links are provided; all hatches and viewing ports can be built open or closed; precision PE parts are included.

Only a limited number of A7V tanks were built and sent to battlefields at the late stage of WWI, and they didn't help Germany reverse the results. However, as Germany's first tank, A7V tank set a solid foundation for the rising panzer empire.

At present, the only surviving A7V (506) is kept in the Queensland Museum, Australia. Another A7V (563) replicated by Germany is preserved in the Deutsches Panzermuseum. Nevertheless, they are not the version produced by Krupp Corp. What a pity!