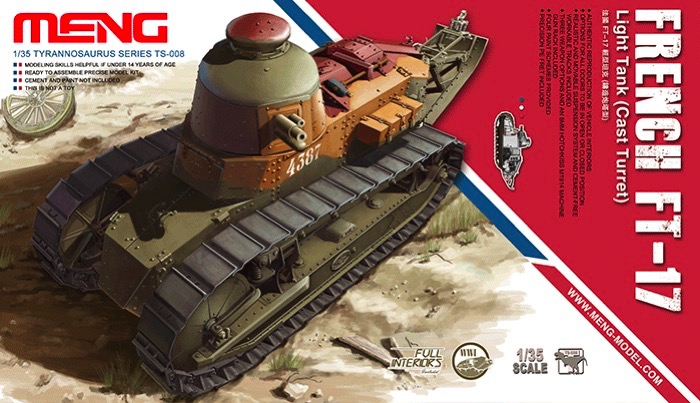 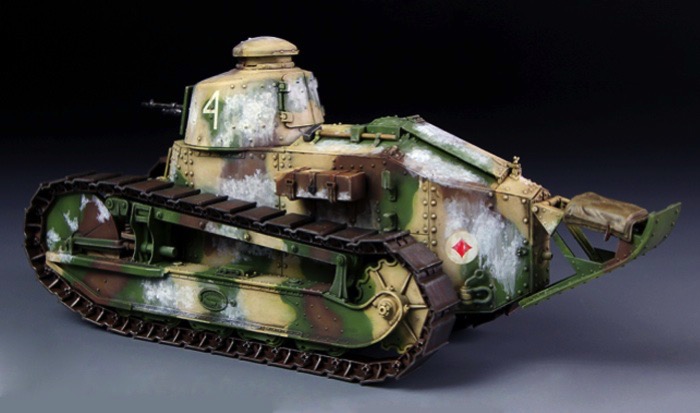 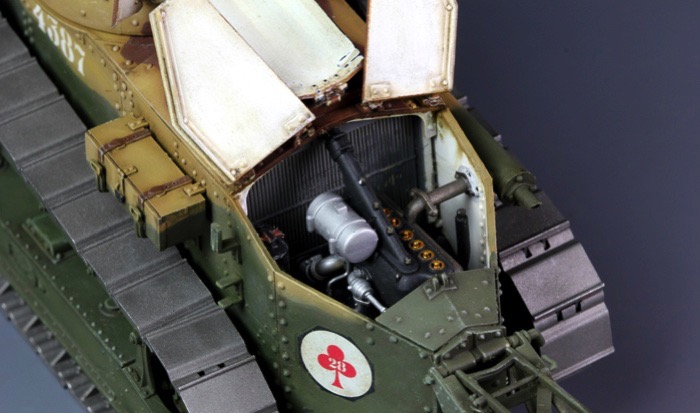 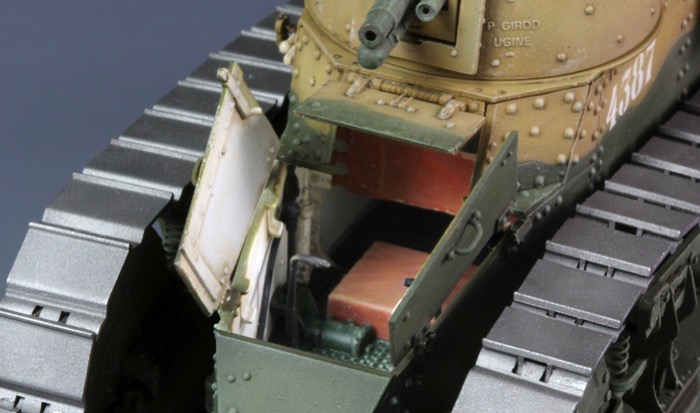 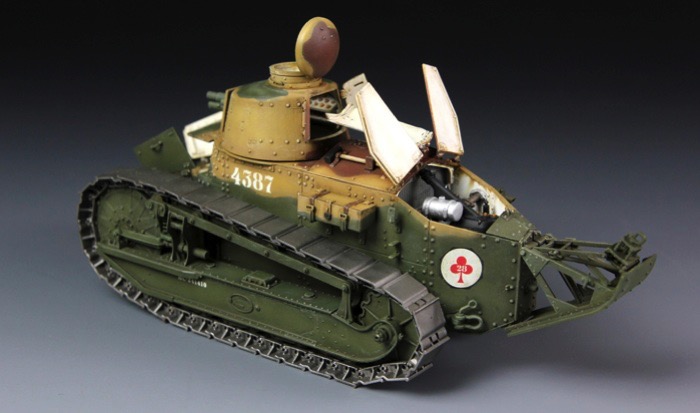 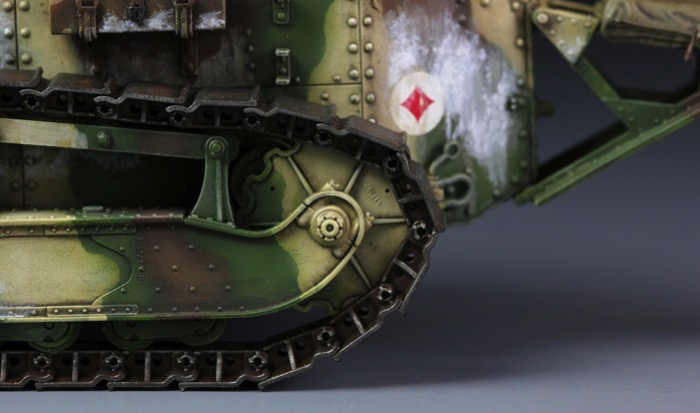 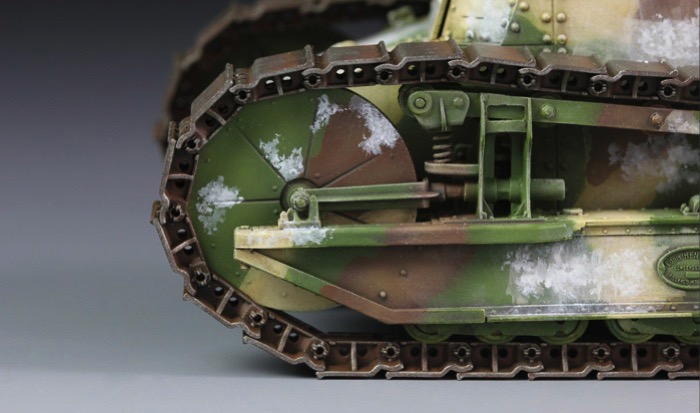 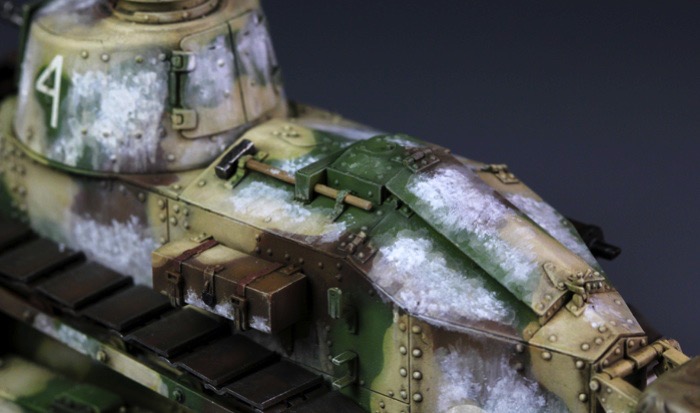 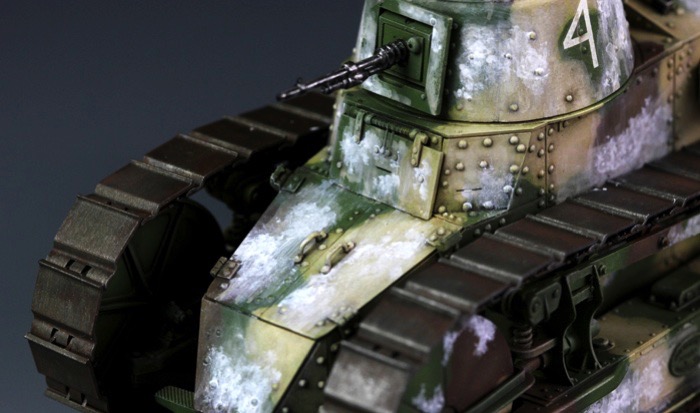 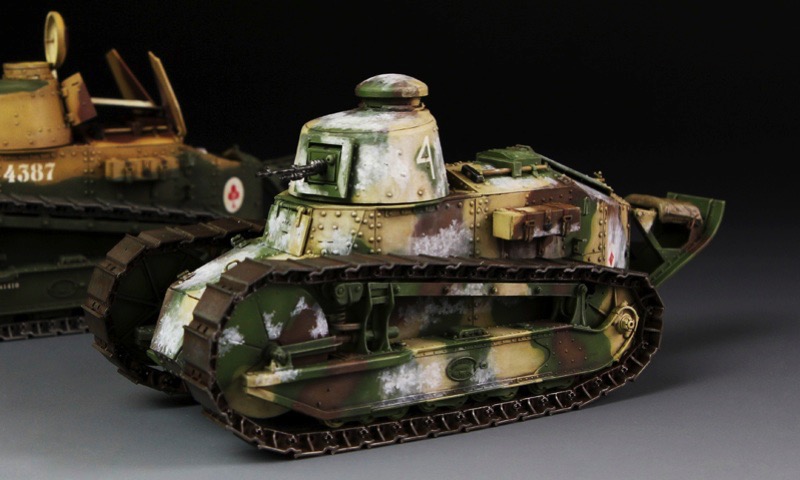 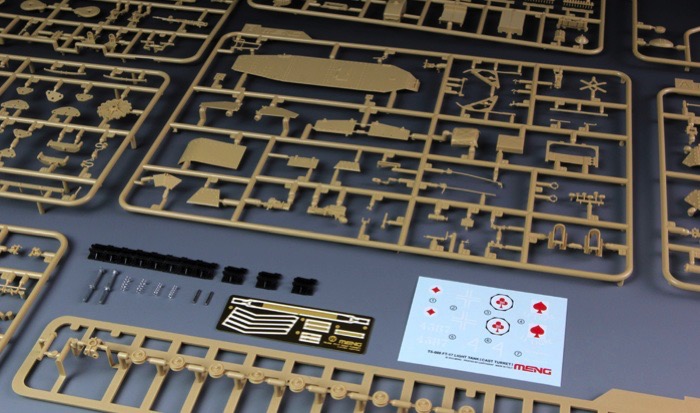 FRENCH FT-17 LIGHT TANK (CAST TURRET)
During the early days of its service, the French FT-17 light tank was fitted with a riveted turret which had some disadvantages, such as complex manufacturing process, poor bullet-proof properties and failure to achieve a full rotation. Later, a new cast turret with riveted and welded construction was developed by Forges et acieries Paul Girod. The new turret which was manufactured with a simplified process could achieve a full rotation, and it helped improve the tank's overall performance.

The French FT-17 light tank with a cast turret could accommodate a crew of 2. It was armed with an 8mm Hotchkiss M1914 machine gun or a 37mm Puteaux SA18 gun. FT-17s of the French Army were upgraded with 7.5mm Reibel MAC Mle.31 machine gun from 1931 onwards. Those tanks were primarily used in WWII.

Over 4100 FT-17s were built in France, and they were widely used in many countries around the world (27 countries confirmed). In the strict sense, the FT-17 was the first real tank in the world. It played a vital role in the history of tank development.

KIT INFO
This 1/35 scale French FT-17 Light Tank (Cast Turret) plastic model kit faithfully represents the structure and shape of the real vehicle. Rich and fine interiors are provided; precise details are included; the movable suspension system is molded perfectly, and the weight-bearing parts are sturdy. Cement-free workable track links are easy to assemble; three weapon options and a precision PE fret are provided; four paint schemes for tanks during the period from WWI to WWII are provided: