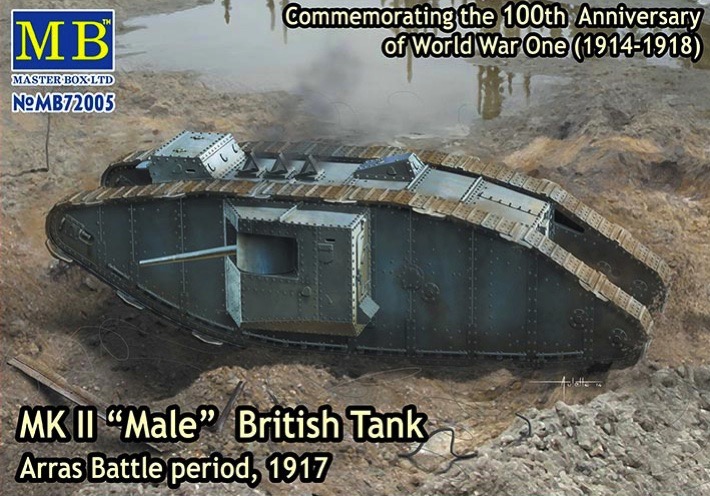 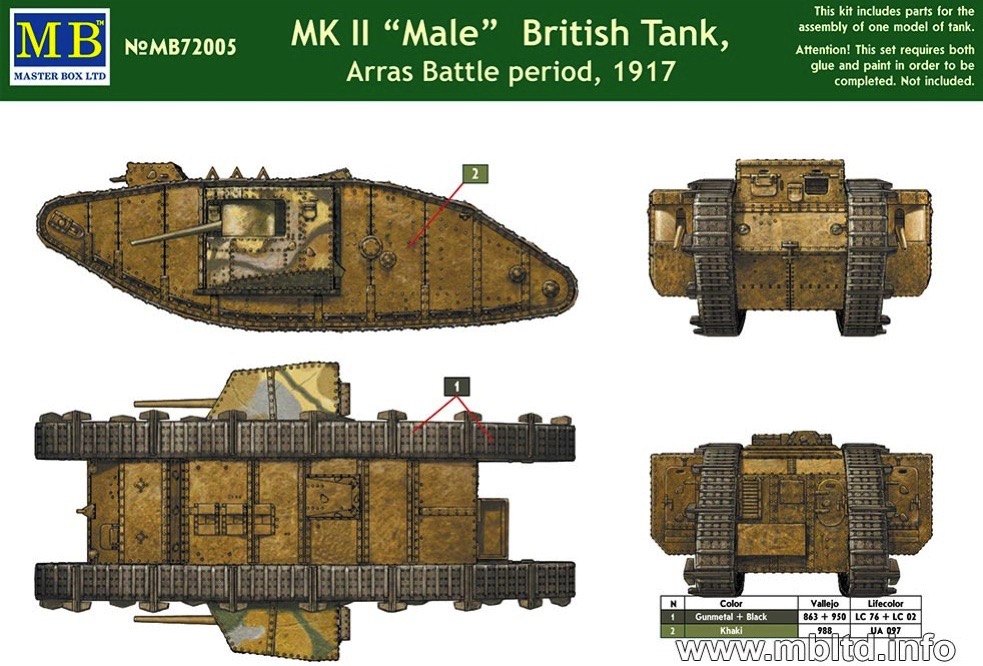 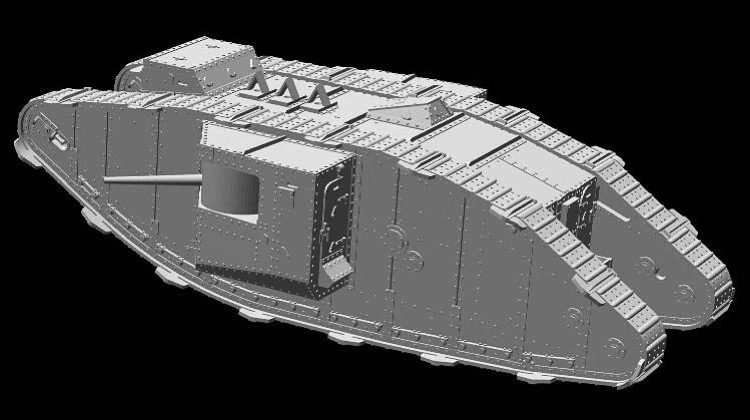 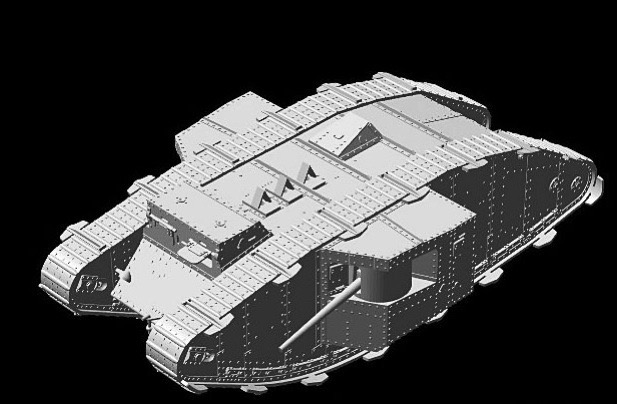 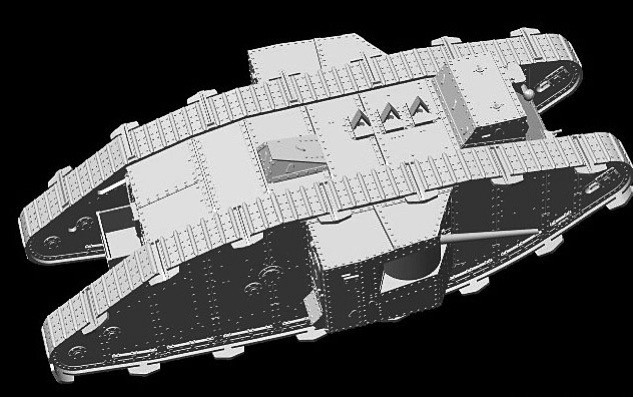 "MK II "Male" British Tank, Arras Battle period, 1917" - The kit features parts on 5 sprues for making the 1/72 scale model of the MK II British Tank, Artillery Version, Arras Battle period, 1917. The kit is noted for its high degree of detail for a 1/72 scale kit, thorough work on the small parts and a high degree of accuracy. Photo-etched parts are not included. The kit does not include decals, as this exact tank did not bear any inscriptions.