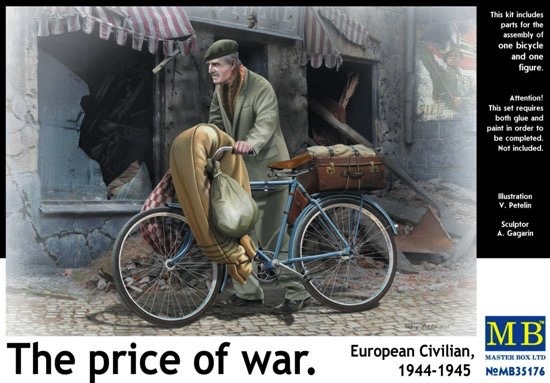 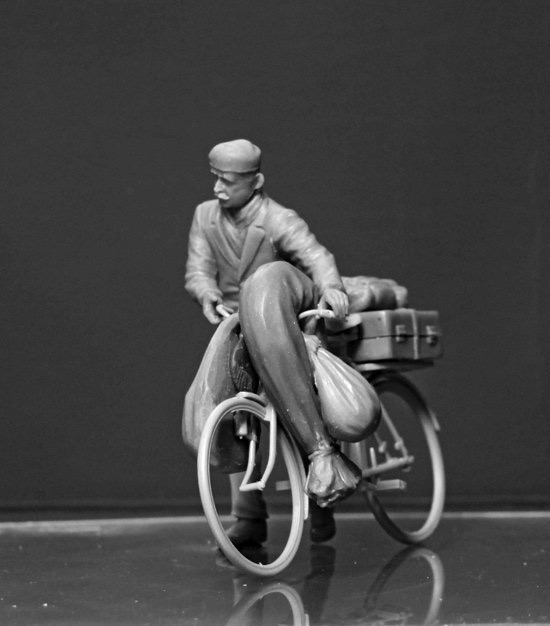 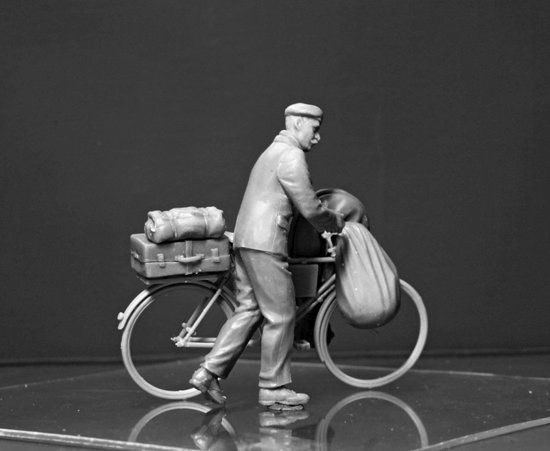 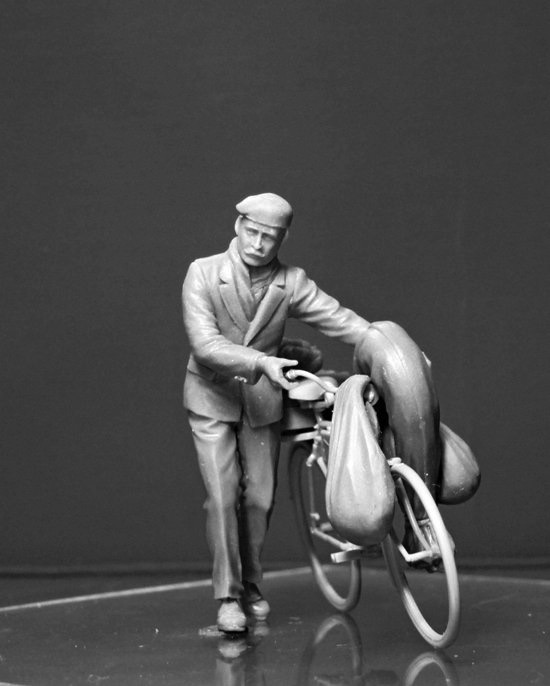 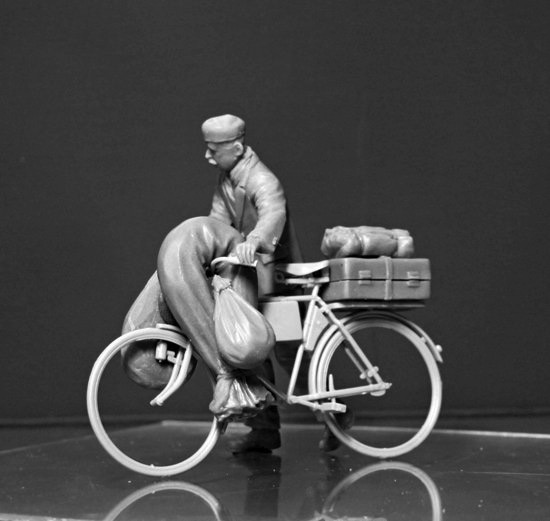 1/35 "The price of war." European Civilian, 1944-1945"- The kit consists of 2 sprues and one plate with photo-etched parts. It builds to a model of an elderly European man that is trying to get out of territories destroyed by the war and into a safer place by means of the bicycle. This plastic kit and photo-etched parts allows for the assembling of a museum level, super detailed model of a civilian man's bicycle. The figure of the old man is well animated and the collection of different kind of bags, suitcases and other items lends to the tragic atmosphere of those days. The kit can be part of an independent mini-diorama or it can become the part of larger diorama done with other models and figures as well.