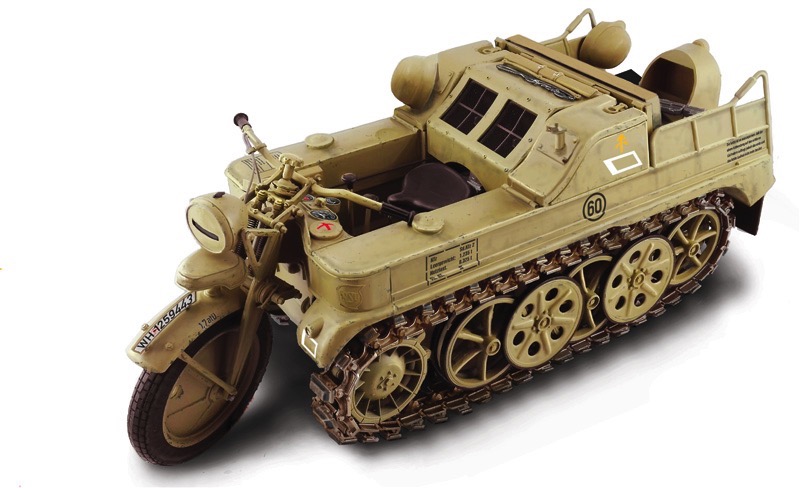 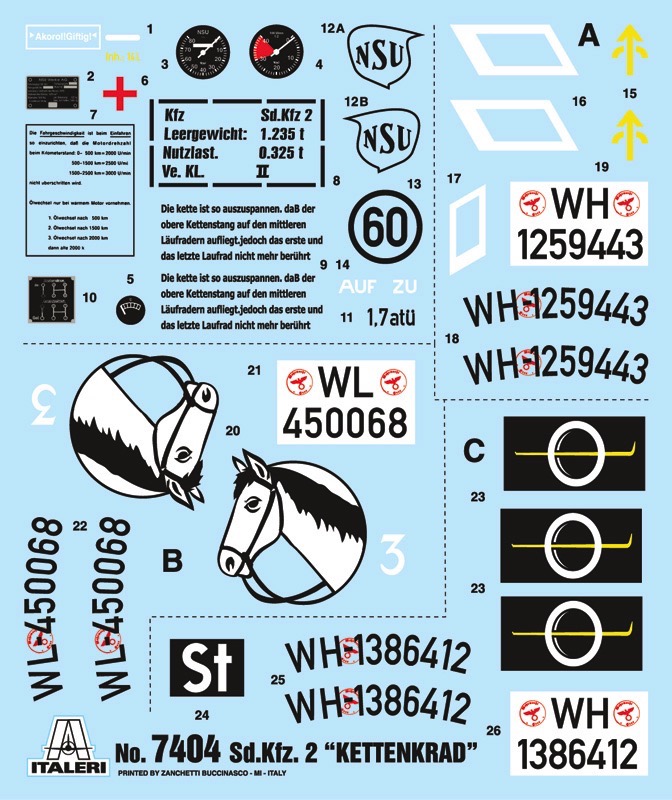 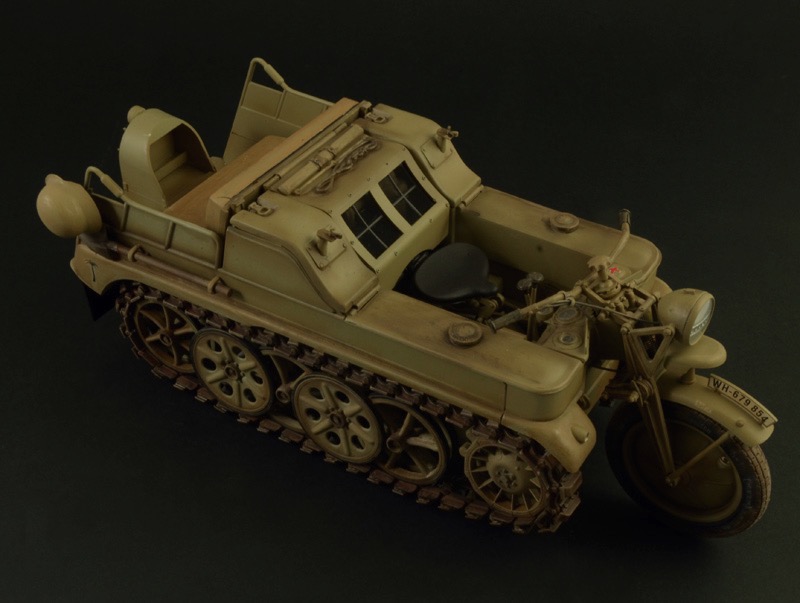 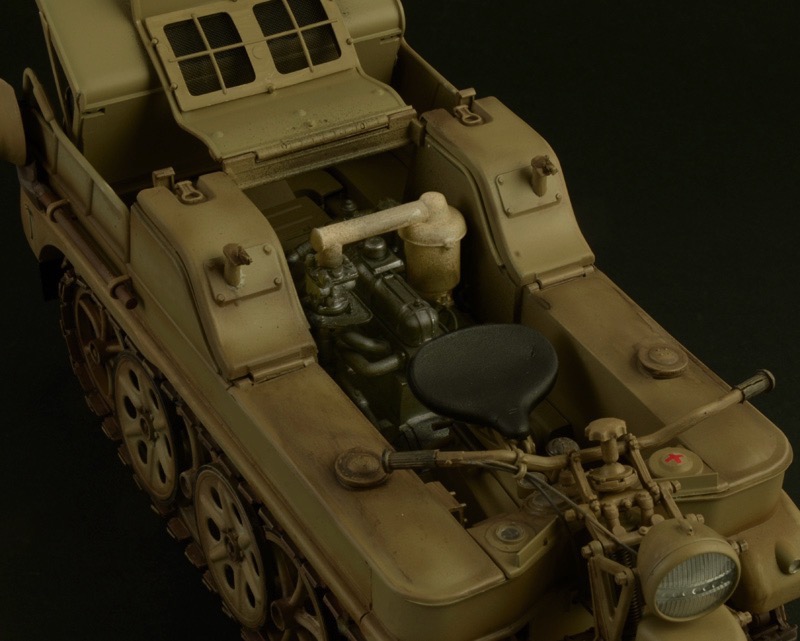 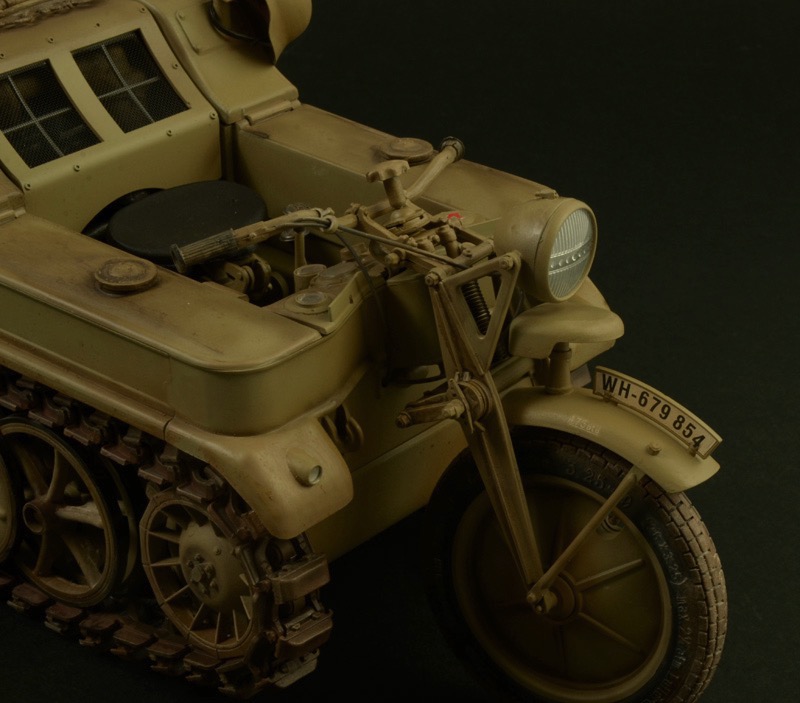 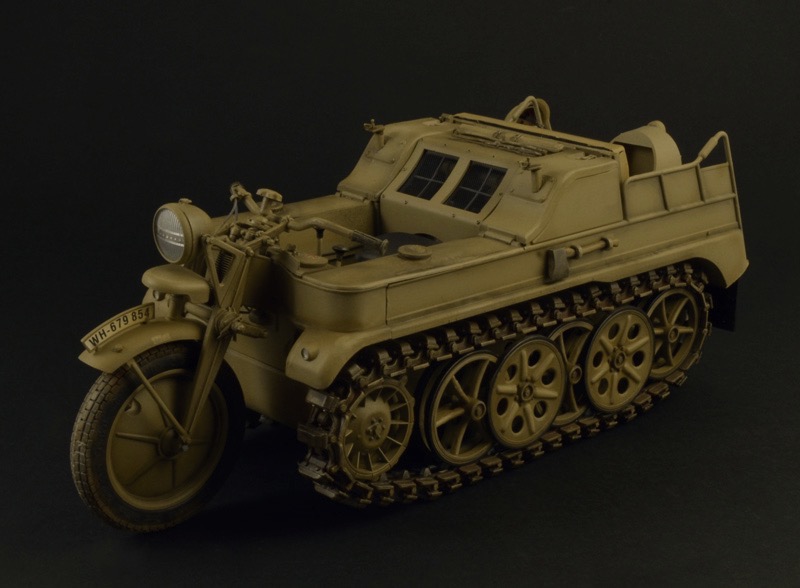 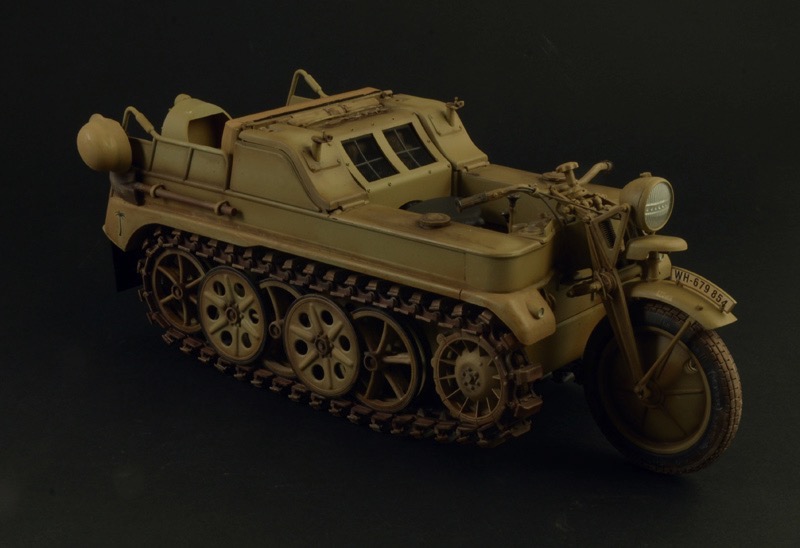 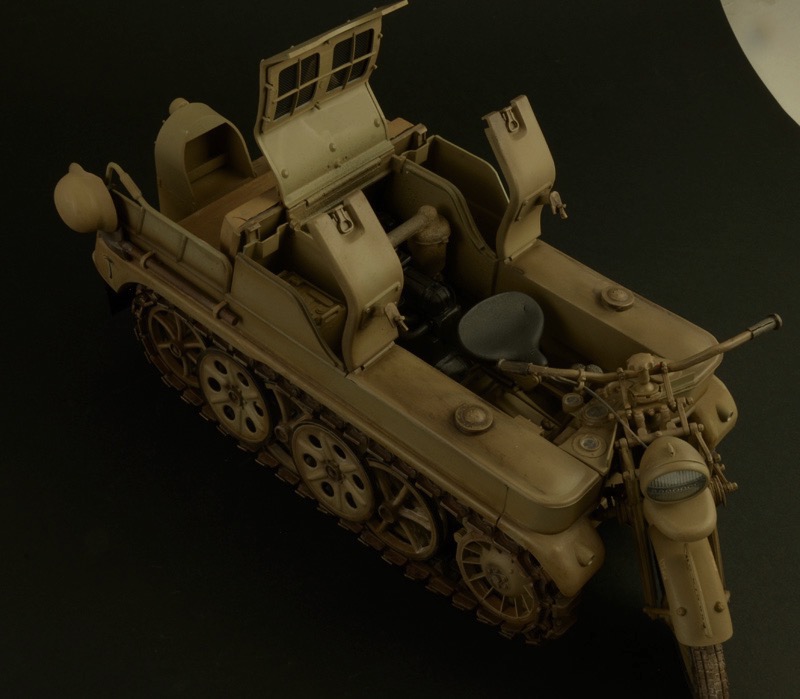 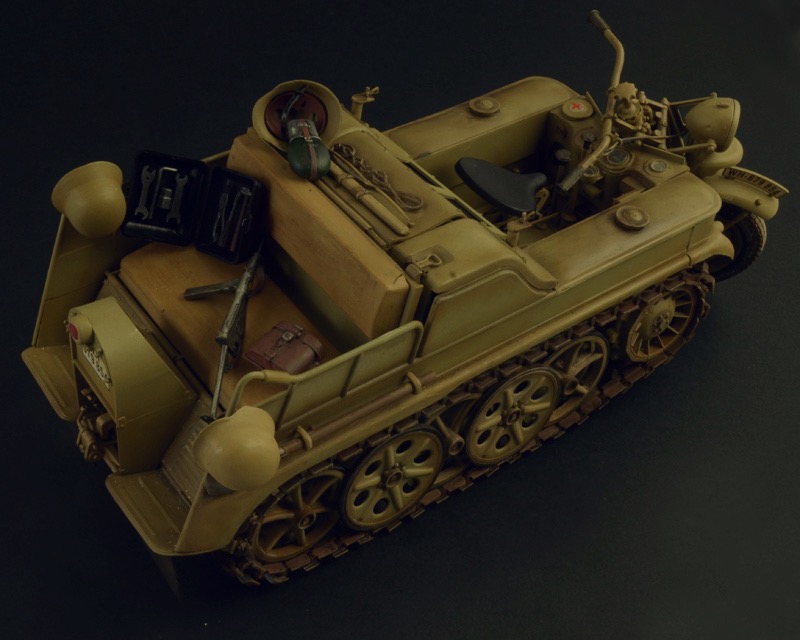 At the beginning, Sd.Kfz 2 "Kettenkrad", was developed as light means of transport for airborne troops. It was a small vehicle with the front similar to a motorcycle, characterized by its handlebars and its central wheel and by a rear designed to feature a 6 wheels tracked structure. The Kettenkrad could transport 2 passengers, additionally to the driver, or transport goods and ammunitions. It could reach a top speed of 70 km/h thanks to its OHV inline-four Opel water-cooling engine , the same featured on Opel Olympia car. Through its tow hook it was able to drag up to 450 kg of goods as antitank cannons of moderate size. The Kettenkrad resulted to be perfect in carrying loads and people on uneven grounds, as those sandy in North Africa or muddy ones is Russian Steppe. Later, since 1944 onwards, it was used on runways for handling of jet fighters Messerschmitt Me 262 and jet bombers Arado A-234.