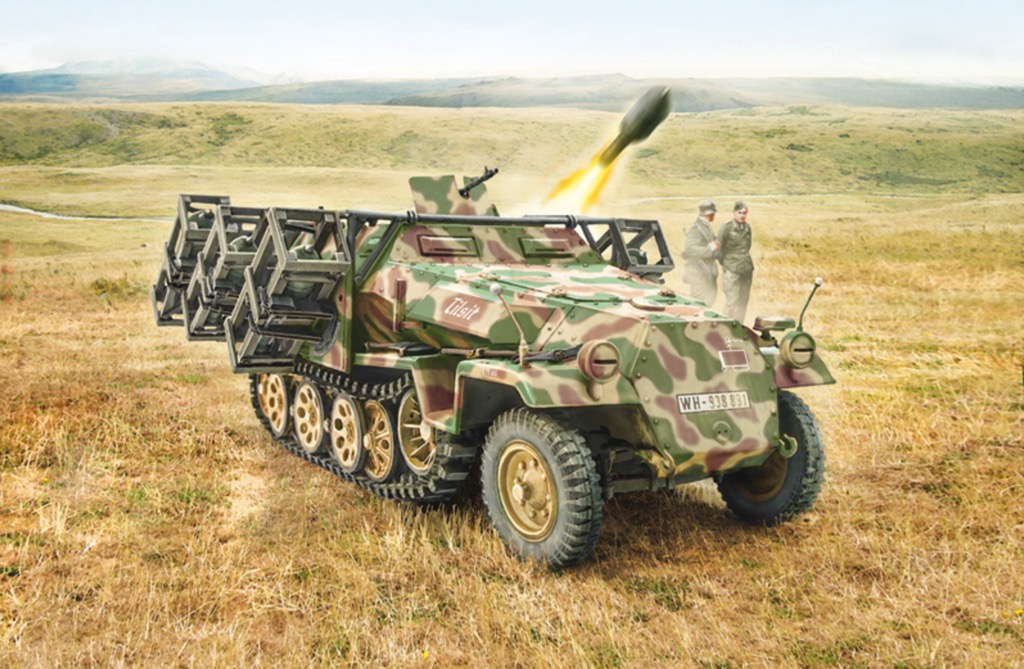 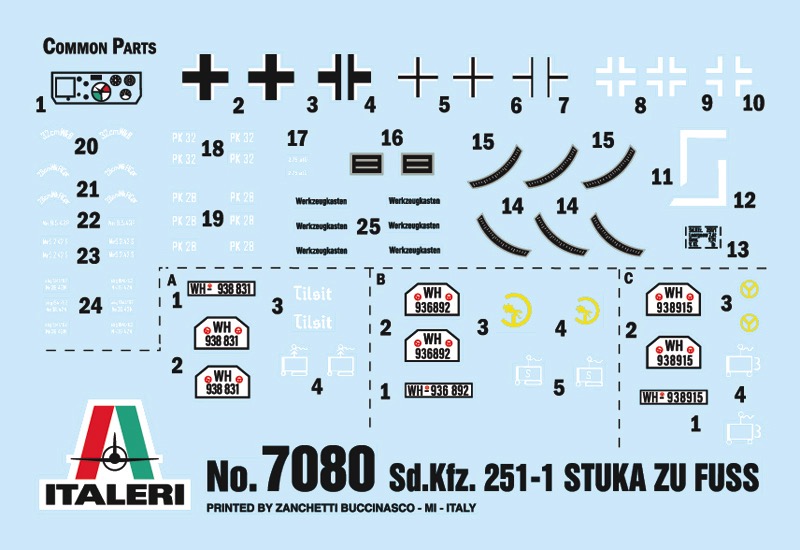 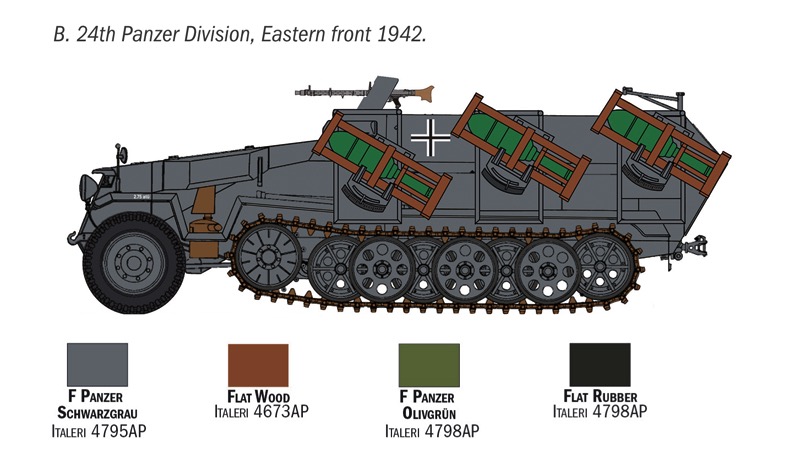 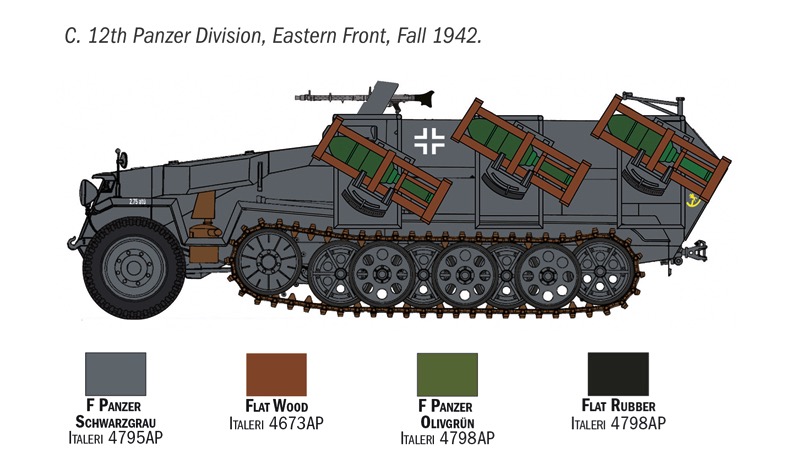 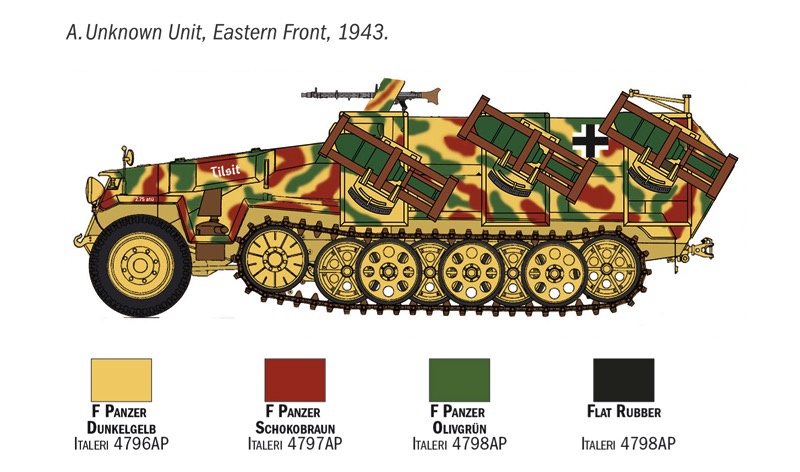 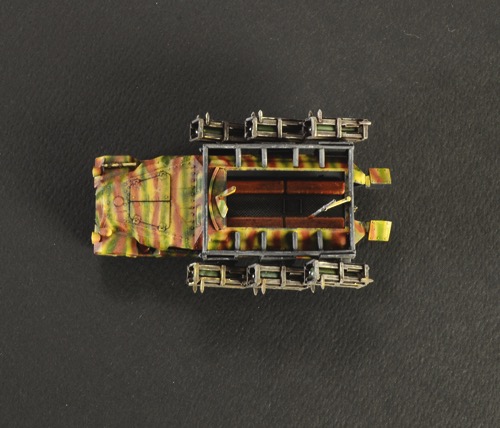 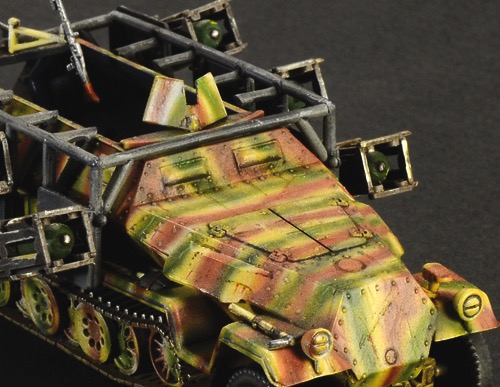 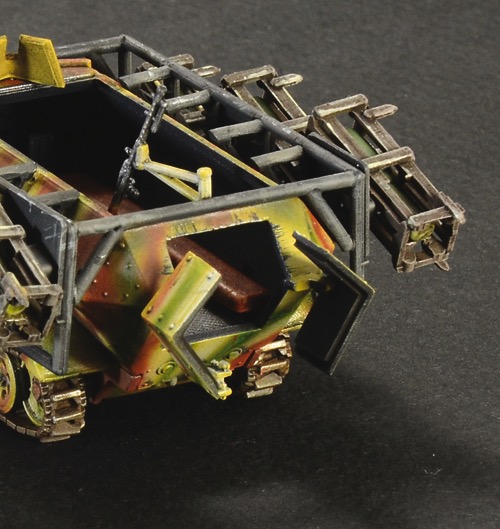 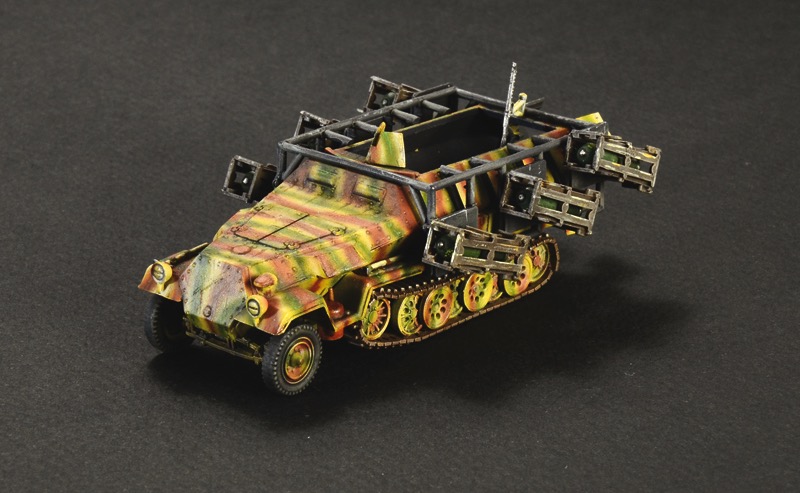 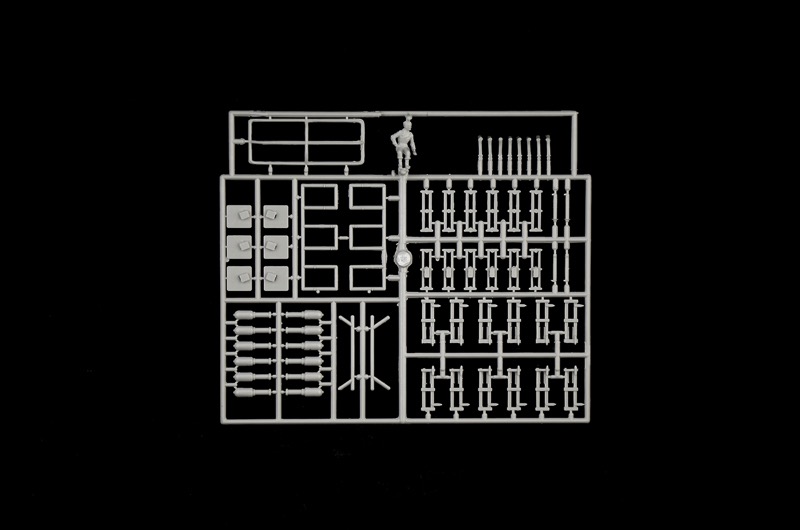 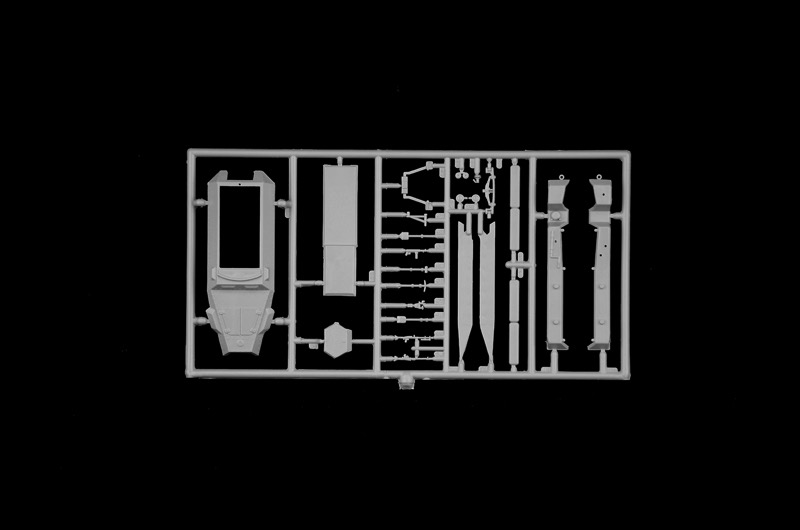 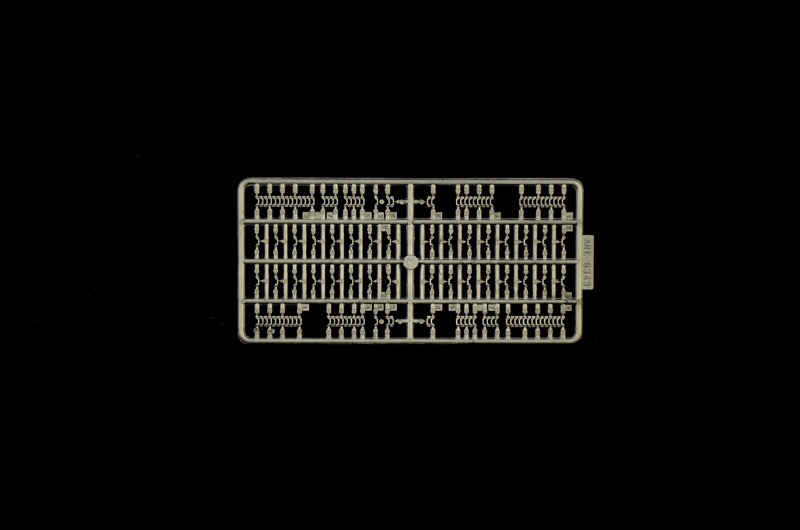 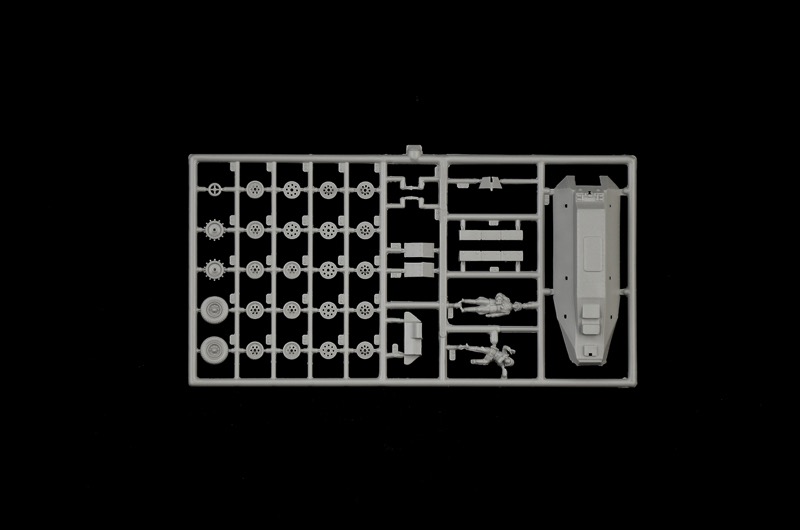 Contains One Model And 3 Figures

The Sd.Kfz.251 half-track was an armored fighting vehicle (AFV), which was deployed by the Wehrmacht on all operational fronts during the Second World War. Powered by a Maybach 6-cylinder petrol engine it was able to reach a speed of 55 km / h even on 'off road' terrain. Produced in huge numbers, it was mainly used to transport 'Panzergrenadiers', but during the war several versions were developed to meet differing operational requirements. The Wurfrahmen rocket launcher version was built on the Sd.Kfz.251. Equipped with 6 compartments, 3 on each side, intended for the launch of rockets of different sizes, it was nicknamed "Stuka zu Fuss". Although not precise, it could have an important psychological effect on enemy troops and still proved to be a valid support for ground troops especially in urban fighting.