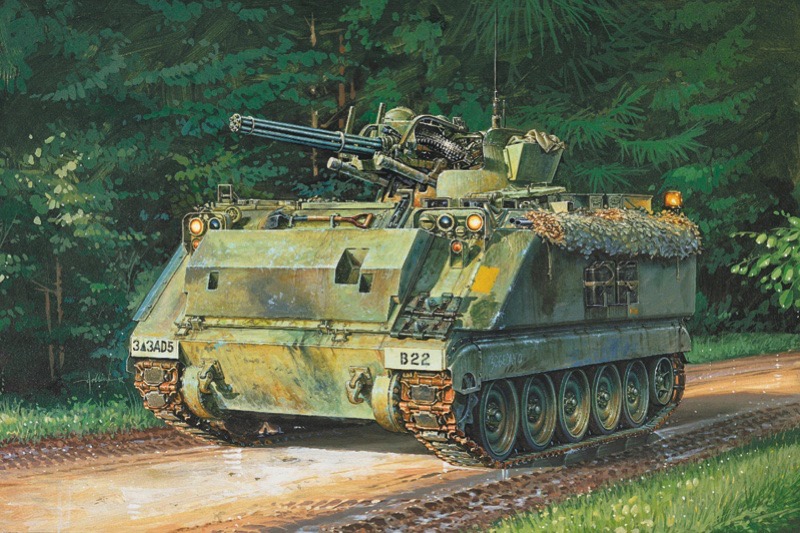 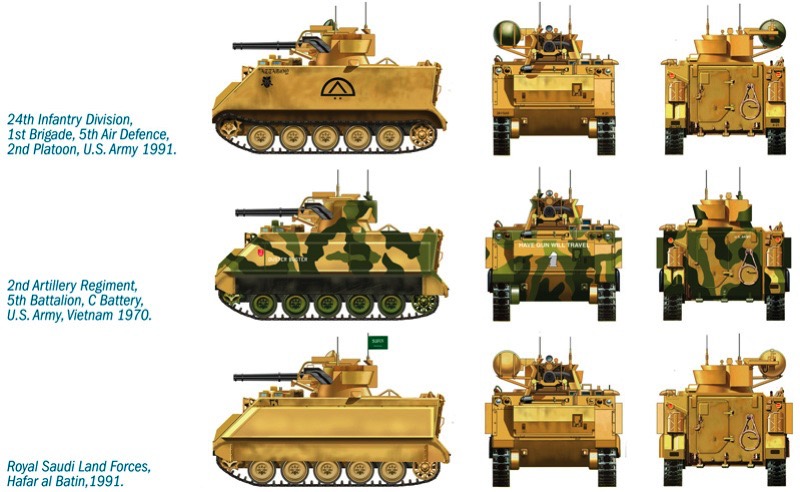 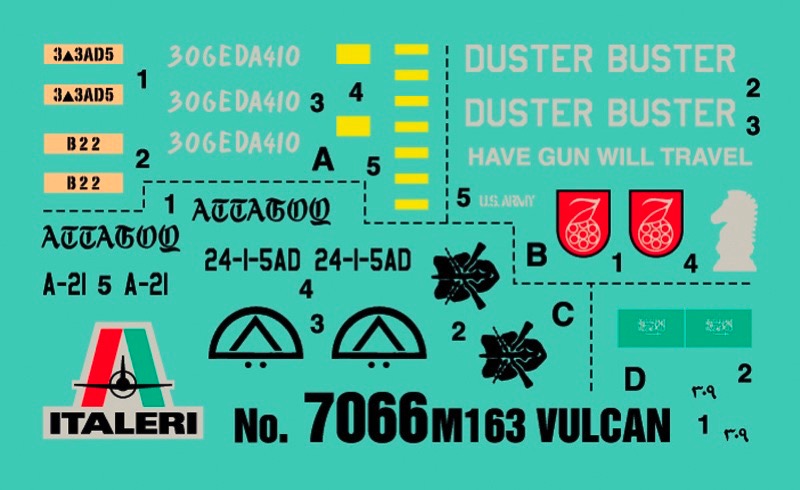 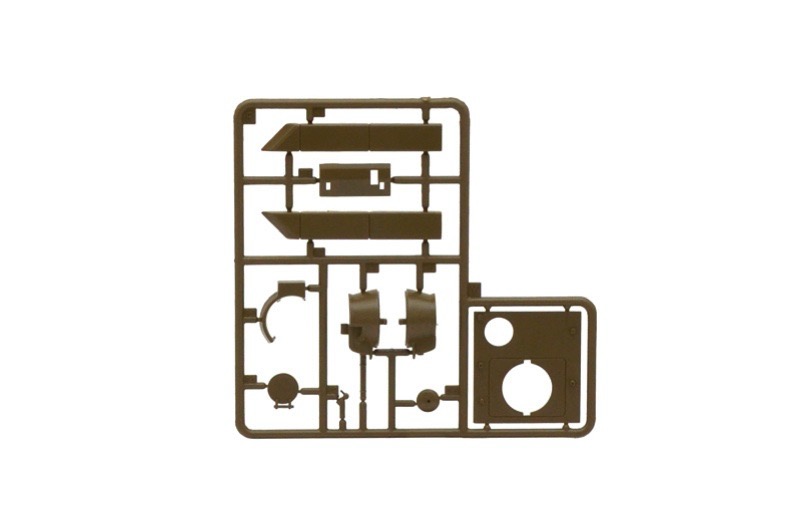 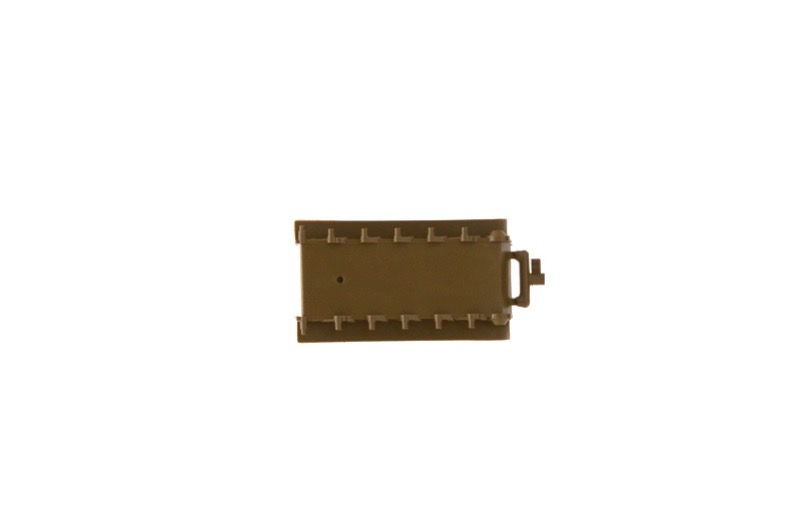 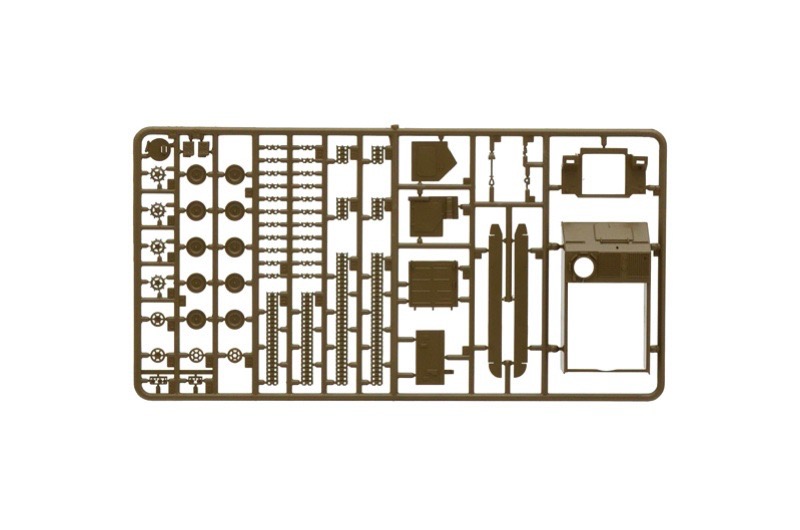 Due to its low cost and great reliability the troop carrier M113 presented itself as a valid base for various anti-tank weapons systems such as TOW missiles or an anti-aircraft gun such as this version. The M163 was developed around a 20 mm gun "Vulcan". Rotating barrels (with a rapid fire power of 6000 rounds per minute) were created for anti-aircraft use. The whole system is based on a simple, open turret with the munitions loaded on the inside of the vehicle. The M163 is not only used for anti-aircraft defense, but also as infantry ground support vehicle because of its enormous fire power.