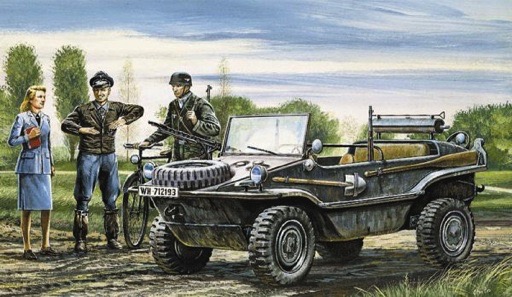 As the Volkswagen 82 (Kubelwagen) proved very successful during the campaign in Poland, it was necessary to produce ever increasing numbers of this vehicle. Later, Ferdinand Porsche developed an amphibian version of this car, called the Schwimmwagen. The light weight of this vehicle (about 1/2 ton) permitted crossing of muddy areas, since only two men were sufficient to keep this vehicle moving. For reconnaissance and liaison missions, water had to be crossed frequently, which was impossible with other vehicles.