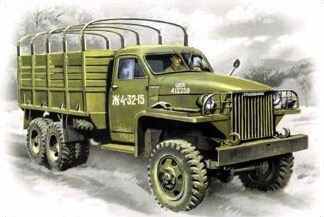 The legendary Studebaker US6 truck became the symbol of the American Lend-Lease help during WWII.

This excellent truck was manufactured by the famous Studebaker company of an order by US Government. The first mass production of US6 was launched in June 1941. Studebaker US6 was not mainly used as U.S. Army truck, but for the Allies of U.S.A.. Most of US6 were sent to the Soviet Union. In the Red Army, Studebaker trucks served as many roles. It was used not only to carry loads, soldiers, and goods as well as gun tractors, but also as a platform for different installations, including multiple rocker launcher systems.