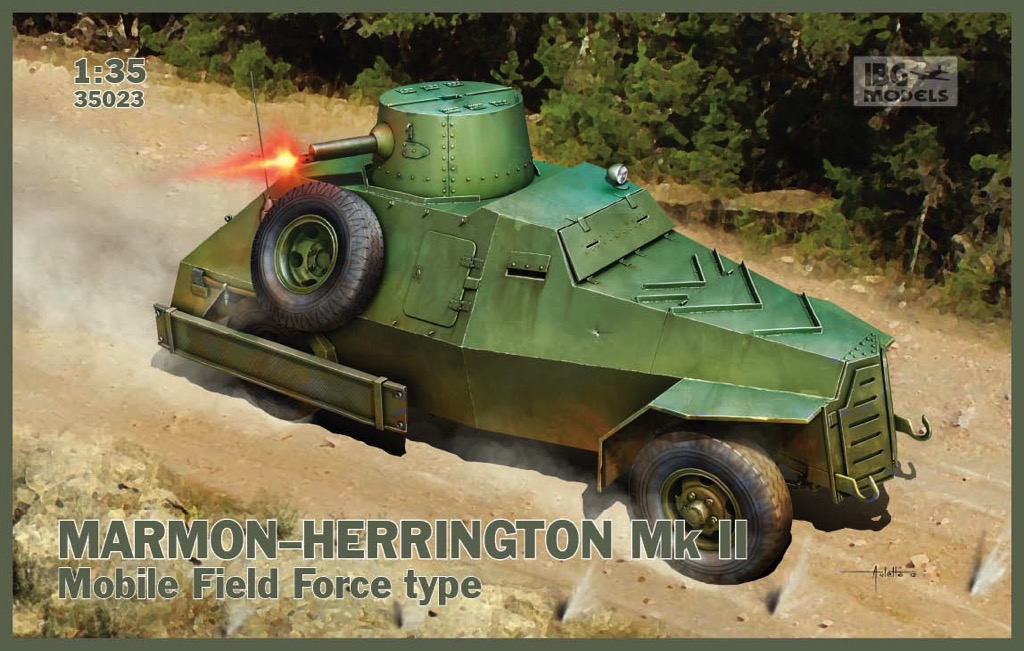 DISCONTINUED This product has been discontinued
and is no longer available.List price: $63.00
You pay: $42.29
(All prices in U.S. Dollars)

South African Reconnaissance Vehicle, better known as Marmon-Herrington Armoured Car, was a series of armoured cars produced in South Africa and used by the British Army during World War II. Developed in 1938, the vehicle based on a Ford 3-ton truck chassis bought from Ford Canada and fitted with a four-wheel drive train produced by the American company Marmon-Herrington, UK-made armament and armoured hull produced by the South African. The first version, the "South African Reconnaissance Vehicle" Mk I was a long wheelbase four wheeled chassis with drive to only rear axle. The Mk II had a four wheel drive. It was known in British service as Armoured Car, Marmon-Herrington Mk II. The Mark III had more compact body, shorter wheelbase and different turret. In March 1943 a completely redesigned Mk IV/Mk IVF entered production. In total, 5,746 Marmon-Herrington Armoured Cars were built.