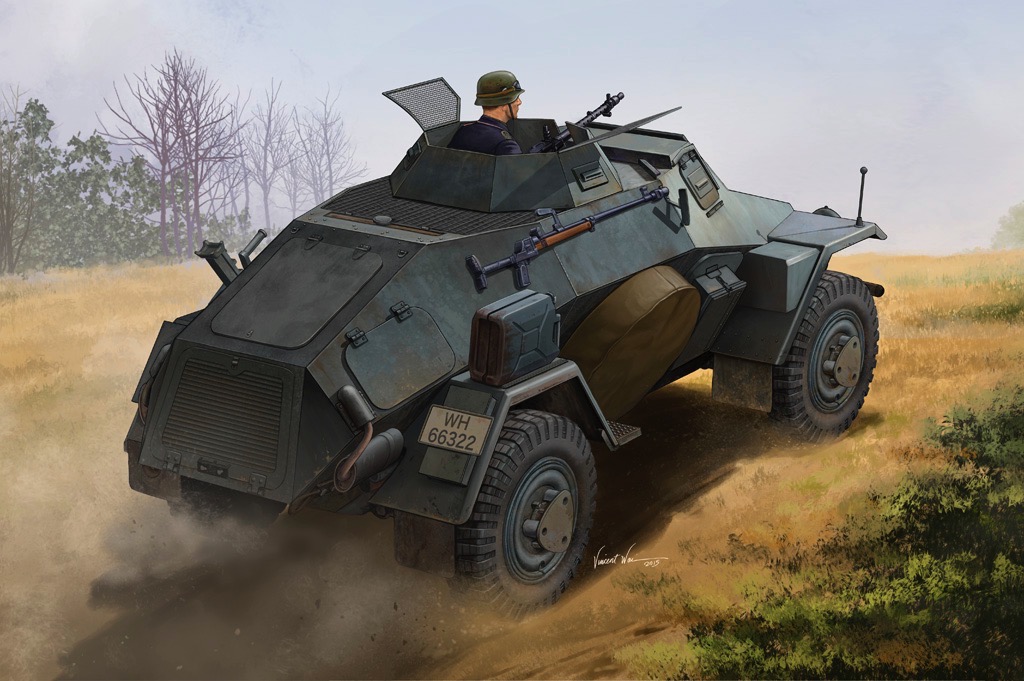 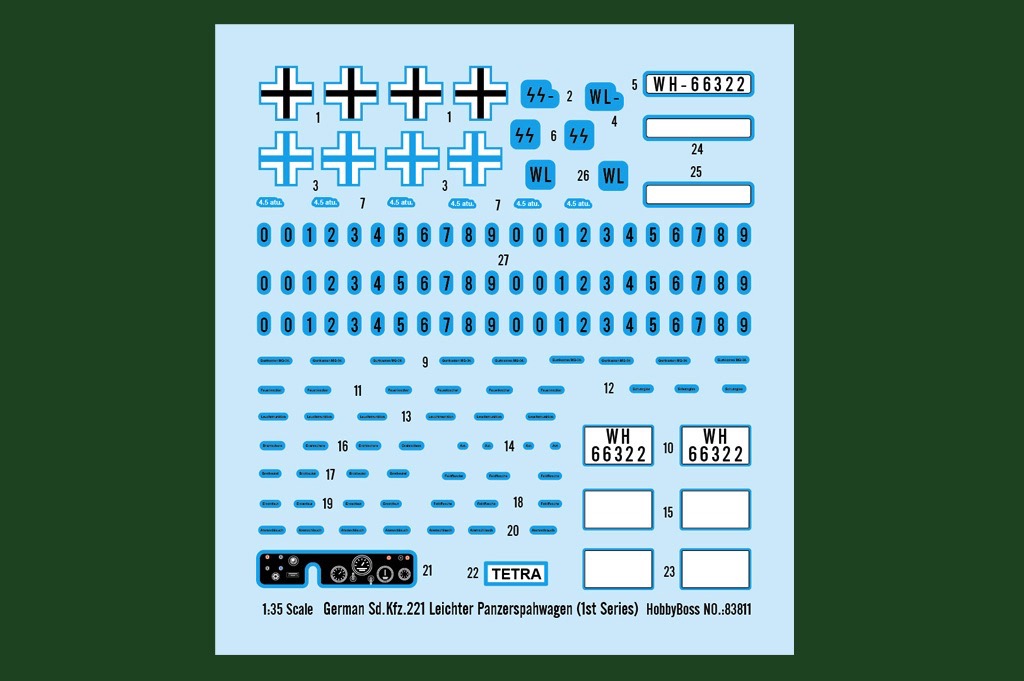 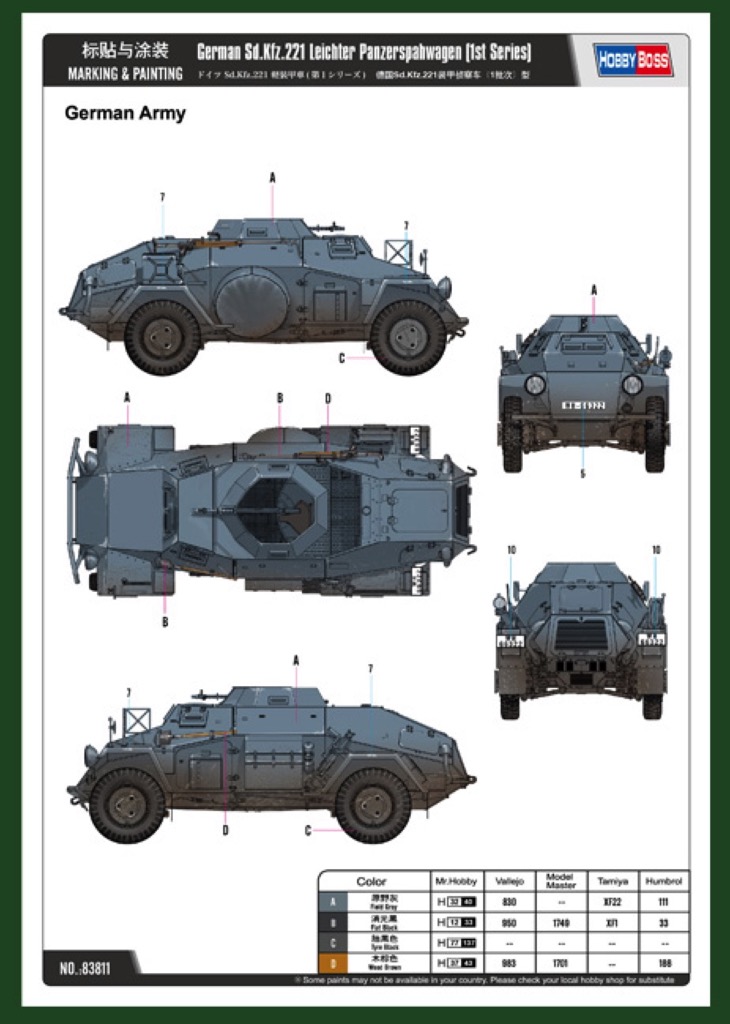 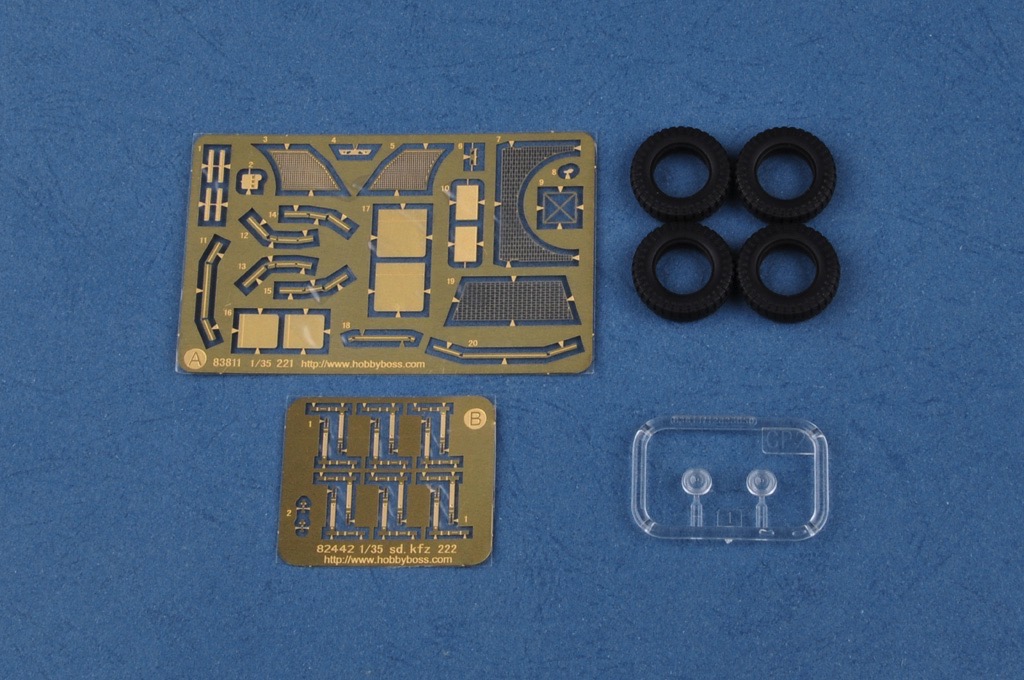 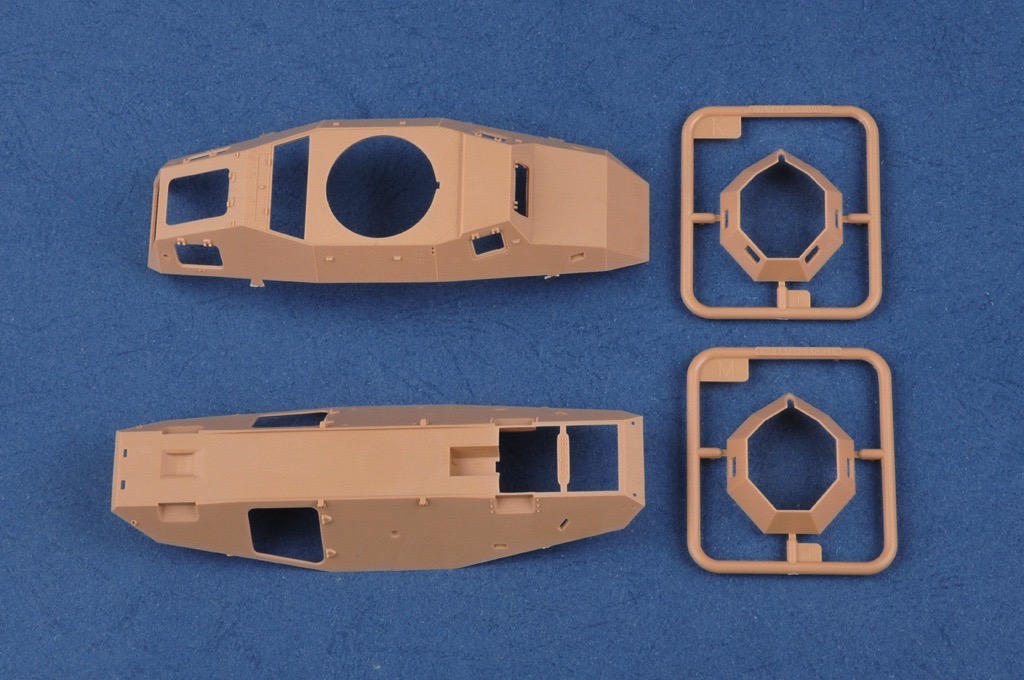 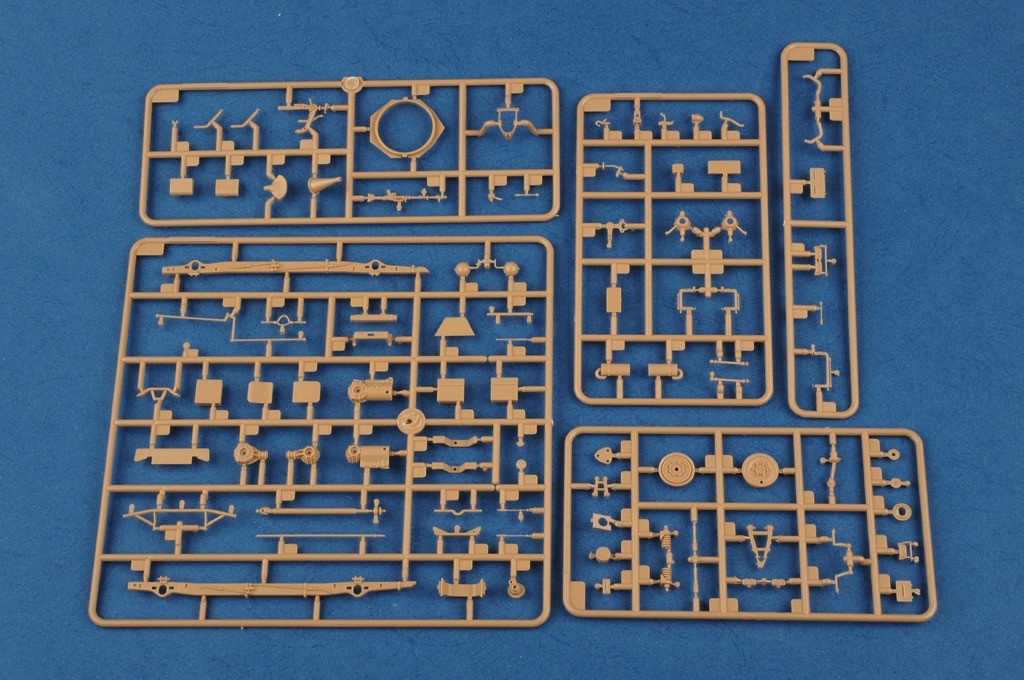 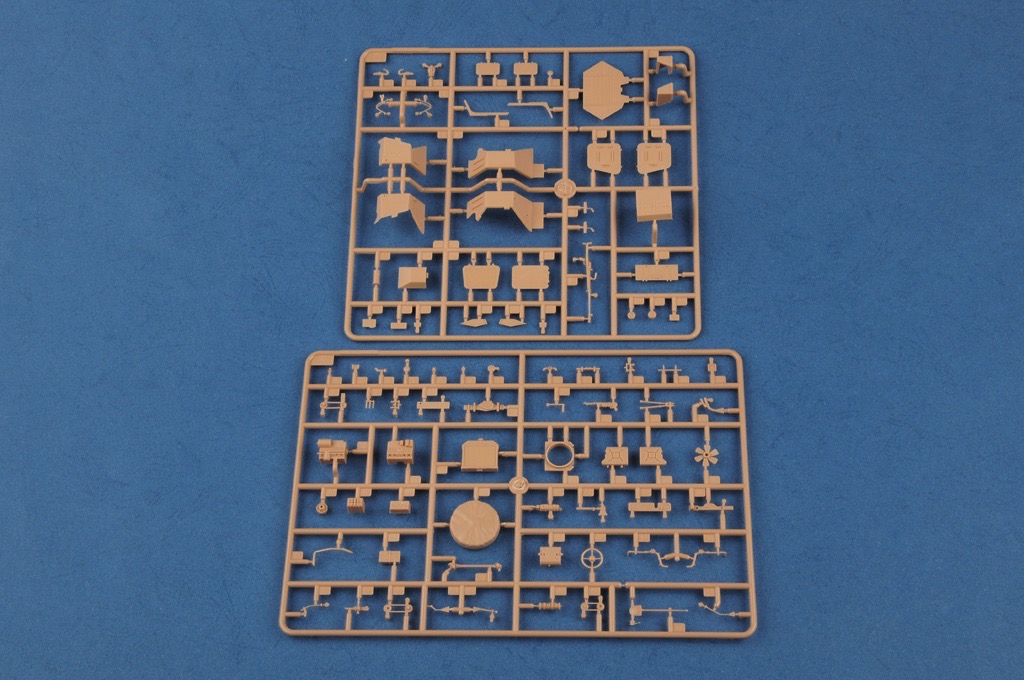 The Leichter Panzerspahwagen were a series of light four-wheel drive armoured cars produced by Nazi Germany from 1935 to 1944. It used the standard sPkw I Horch 801 chassis with an angled armoured body and turret. The rear mounted engine was a 67 kW (90 hp) Horch 3.5 petrol engine, giving it a road speed of 80 km/h and a cross-country speed of 40 km/h . It had a maximum range of 300 km. Used by the reconnaissance battalions (Aufklarungs-Abteilung) of the Panzer divisions, the type performed well enough in countries with good road networks, like those in Western Europe. However, on the Eastern Front and North Africa, this class of vehicle was hampered by its relatively poor off-road performance. In those theaters, it gradually found itself replaced in the reconnaissance role by the Sdkfz 250 half-track. Includes: