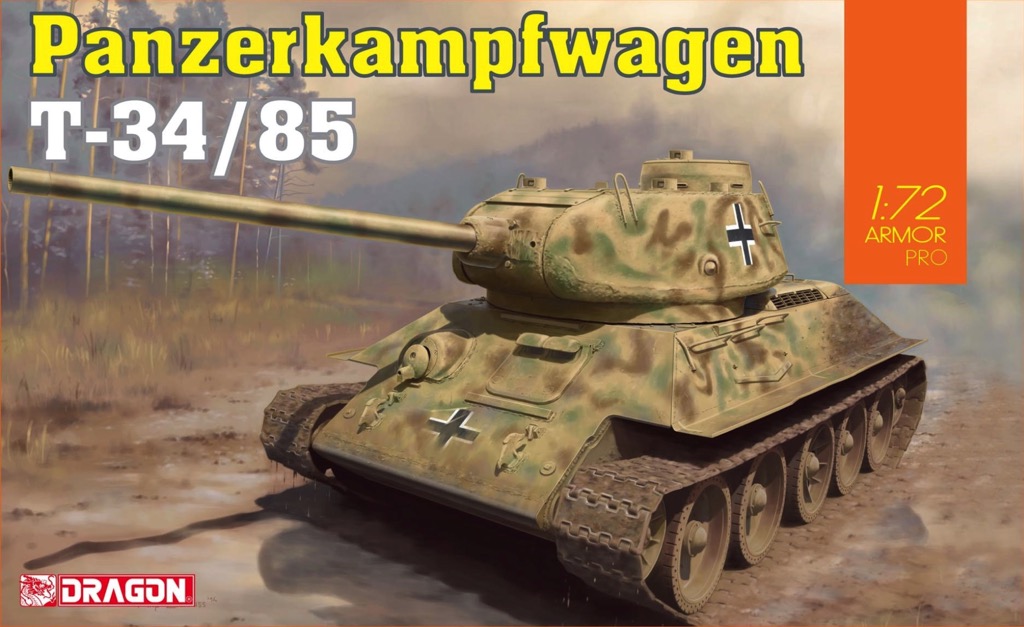 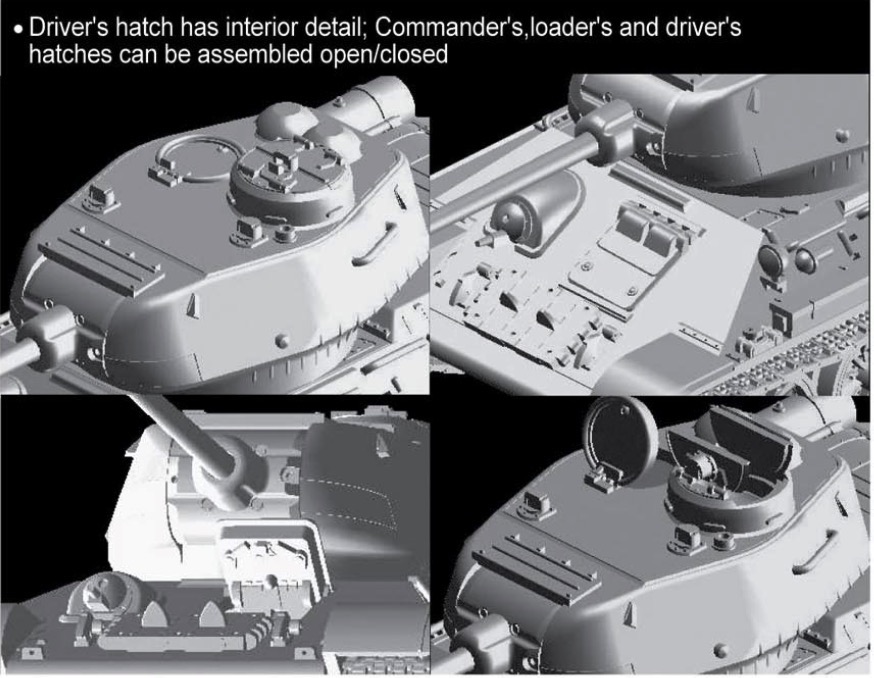 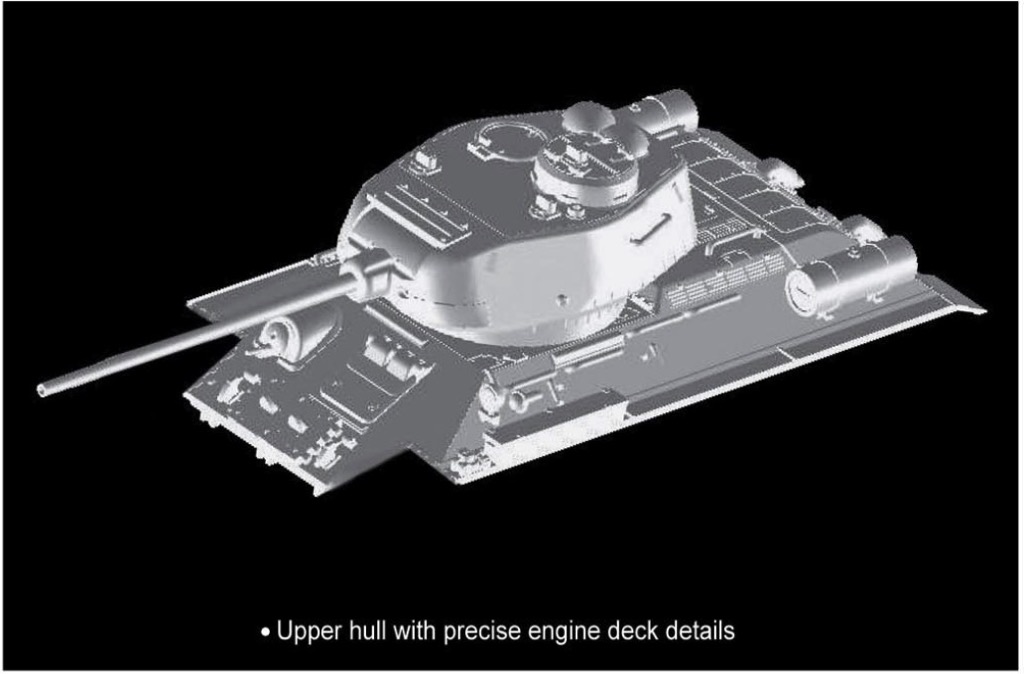 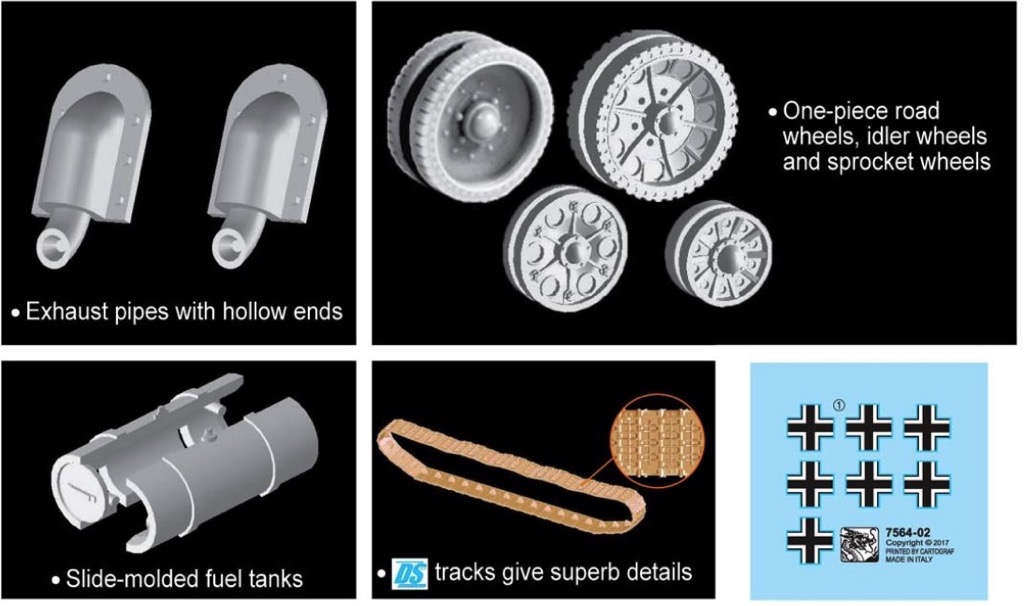 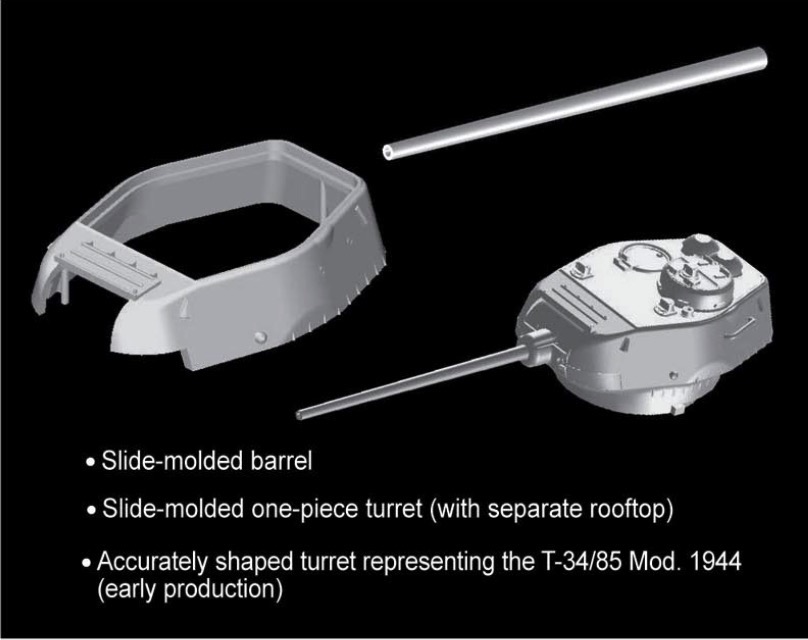 DISCONTINUED This product has been discontinued
and is no longer available.List price: $21.50
You pay: $14.79
(All prices in U.S. Dollars)

When the German armed forces first encountered the Russian T-34 with its 76mm gun and well-sloped armor, they were shocked by its superior qualities. Germany countered with its technologically advanced Panther tank. Correspondingly, in the race to produce better and more powerful tanks, the Russians introduced its T-35/85 model, boasting a larger turret that accommodated an 85mm main gun. Due to shortages in their own armored units, the hard-pressed Germans often adopted captured Russian tanks into their ranks. New kit #7564 portrays such a T-34/85 in service with German tank unit.