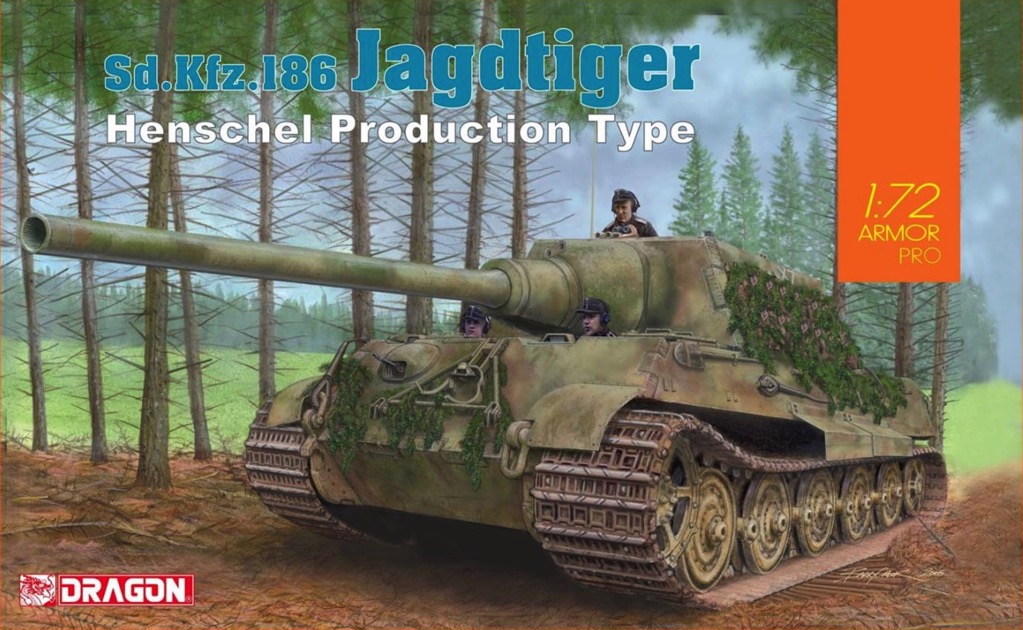 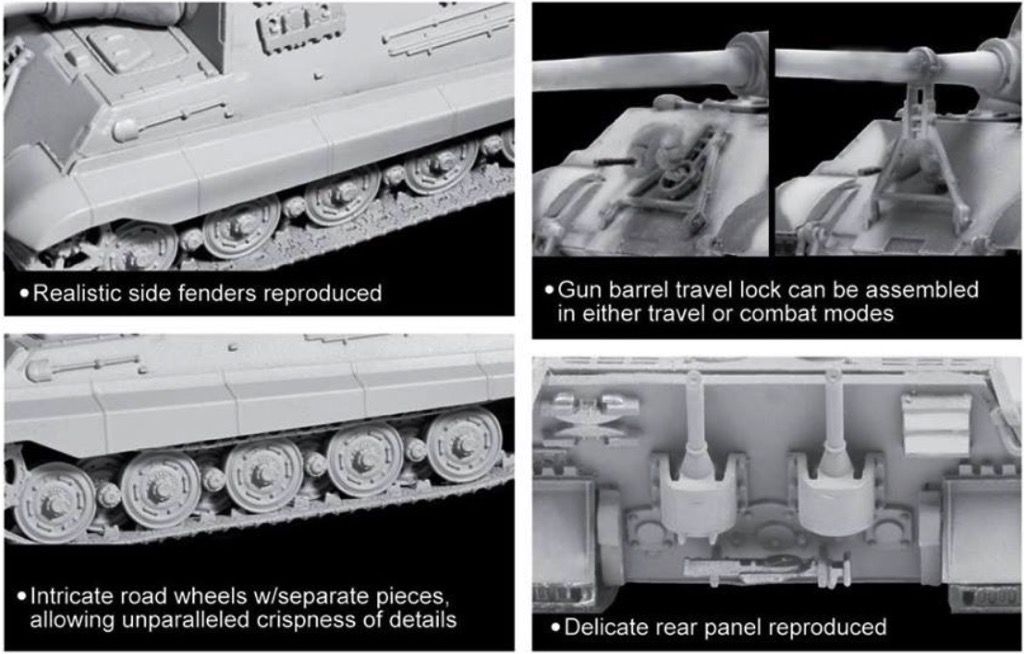 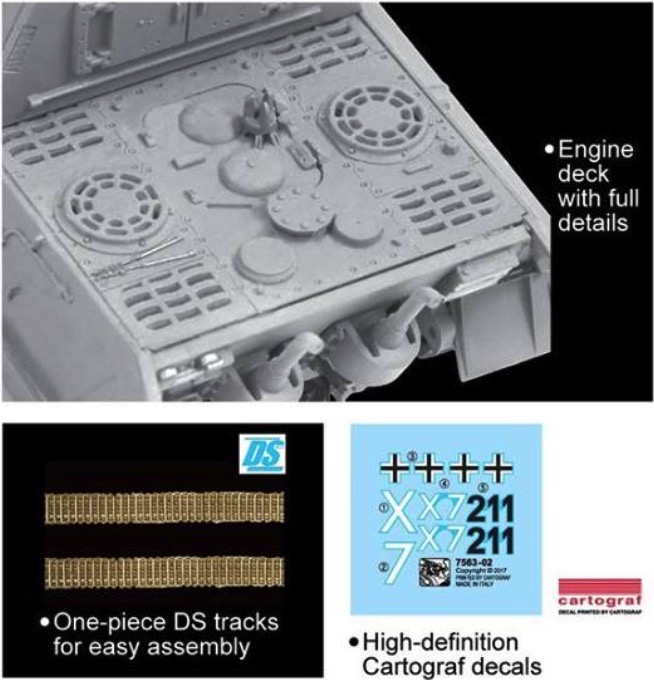 Dragon new addition to the 1/72 product lines is a Jagdtiger of Henschel Production type. The Jagdtiger was an armored monstrosity produced by Germany. Indeed, it was the heaviest armored fighting vehicle to serve during WWII. Weighing in at 71.7 tonnes, the Sd.Kfz.186 was a tank destroyer armed with an extremely potent 12.8cm PaK 44 L/55 antitank gun. A total of 88 vehicles were produced from late 1944 through to the cessation of hostilities. However, despite the effectiveness of its thick armor (250mm on the superstructure front) and powerful armament, the vehicle suffered from poor mobility and mechanical unreliability owing to its weight problem.