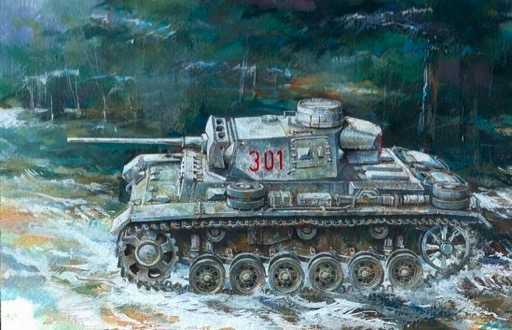 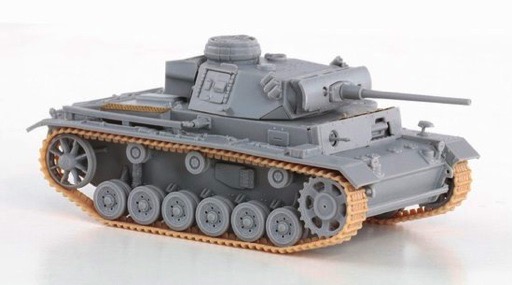 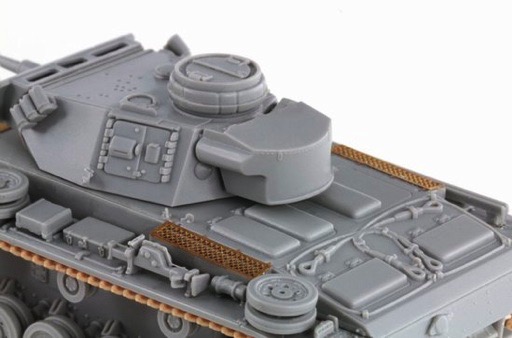 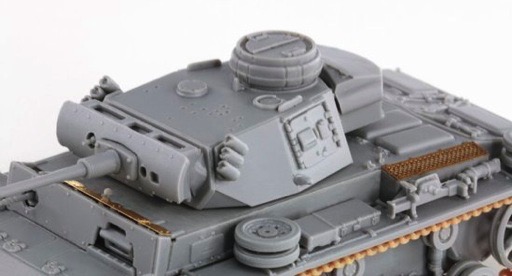 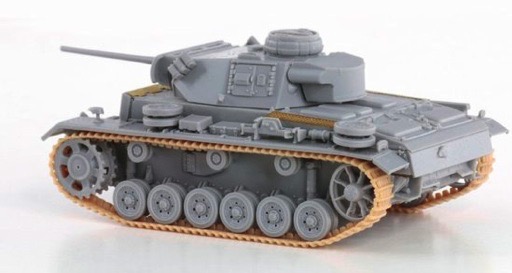 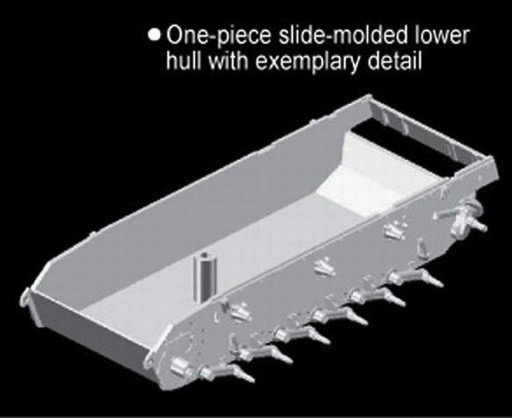 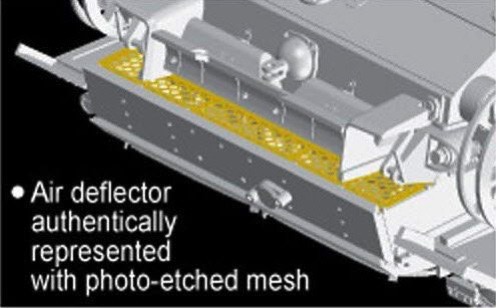 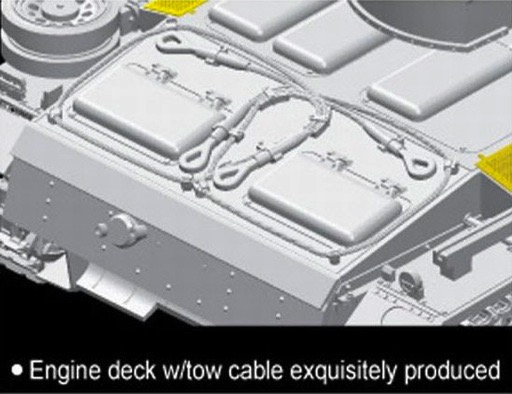 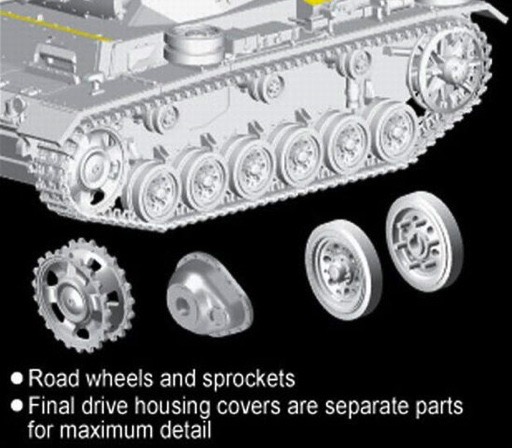 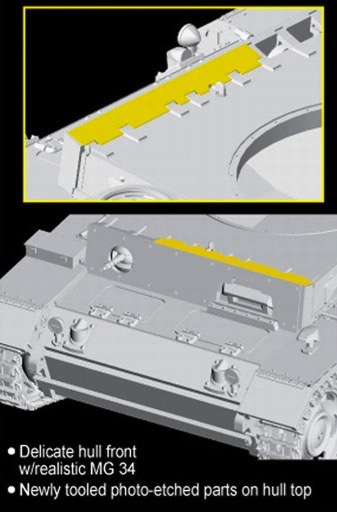 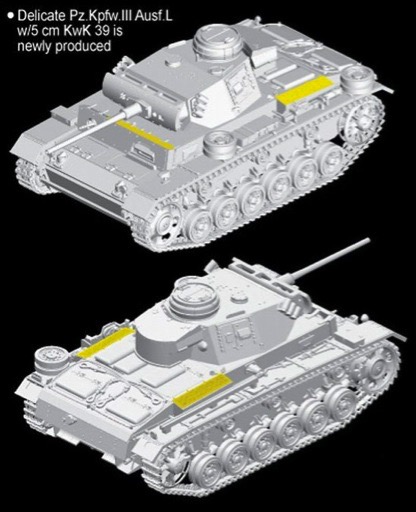 DISCONTINUED This product has been discontinued
and is no longer available.List price: $33.50
You pay: $22.99
(All prices in U.S. Dollars)

Features: The Panzer III was a medium-class tank that at the outbreak of WWII was designed to be the primary platform of the all-conquering panzer divisions. However, with the advent of more heavily armored and up-gunned enemy tanks, the role of the Panzer III became secondary to that of the Panzer IV and production finally ceased in 1943. One of the later models to be produced was the Panzer III Ausf.L, which featured a longer and more powerful 5cm KwK 39 L/60 main gun. It also boasted thicker armor, with an additional 20mm-thick layer on the turret and hull front. A total of 653 Ausf.L tanks were produced in 1942 by German factories.

This new kit specifically offers modelers the chance to build a Late-Production variant of the Panzer III Ausf.L. It includes new toolings, like the long-barreled cannon. It also draws upon the technical and technological pedigree of the larger 1/35 Smart Kit, including full detail and convenient assembly. The upper hull is slide molded as a single piece, as is the accurate lower hull, both elements containing crisp detail. The turret is made from a multi-directional slide mold, and hatches can be shown open or closed depending on the builder's preference. Where appropriate, photo-etched pieces such as mesh for the deflector grill are also offered.