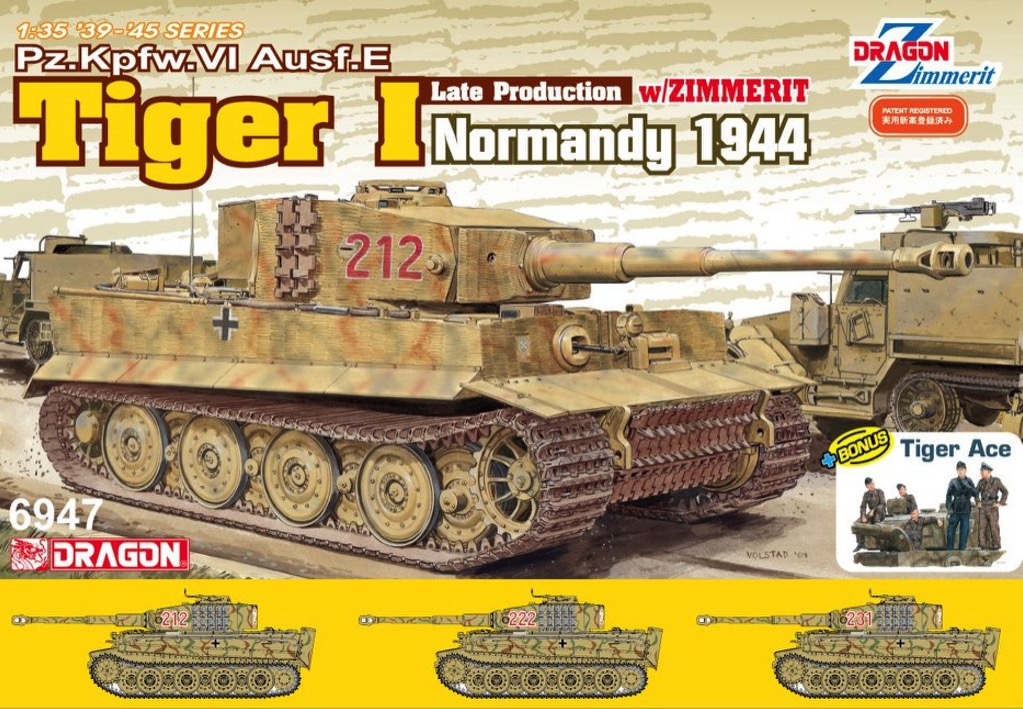 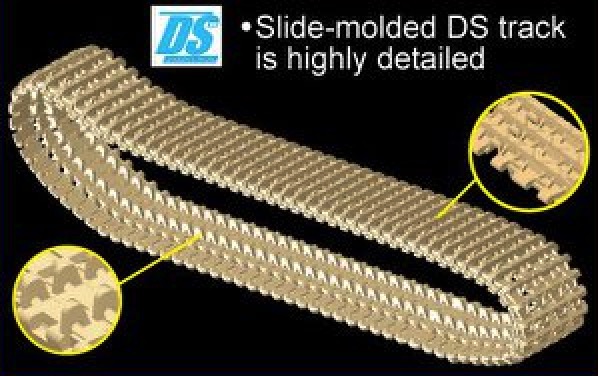 No German panzer ace is better known than Hauptsturmfuhrer Michael Wittmann. Furthermore, one of his most famous battles was at the village of Villers-Bocage in Normandy on 13 June 1944, a mere week after the D-Day landings. As the British, in particular the 22nd Armoured Brigade, attempted to exploit a gap in German defenses west of Caen, they were ambushed by Tiger I tanks of s.Pz.Abt.101 under the command of Wittmann. A great number of British tanks and vehicles were destroyed in a short but fierce engagement. There is great debate about which tank Wittmann actually used in the Battle of Villers-Bocage, but many believe that he commanded a Tiger I Late-Production bearing the turret number '212'. In the meantime, two other strong possibilities are "222" and "231" which are also included in the decal markings as well. That tank was coated in Zimmerit and, as part of the 75th anniversary of the D-Day fighting, Dragon is releasing a kit of this very Tiger I tank. As the world commemorates the momentous battle for Normandy in 2019, this magnificent 1/35 scale Tiger I is the perfect instrument for modelers to recreate the battle.