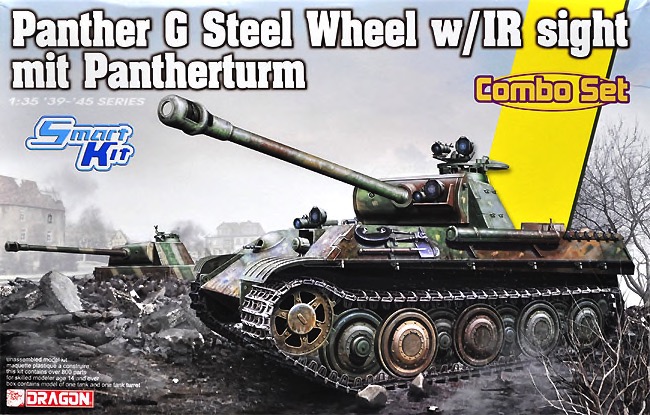 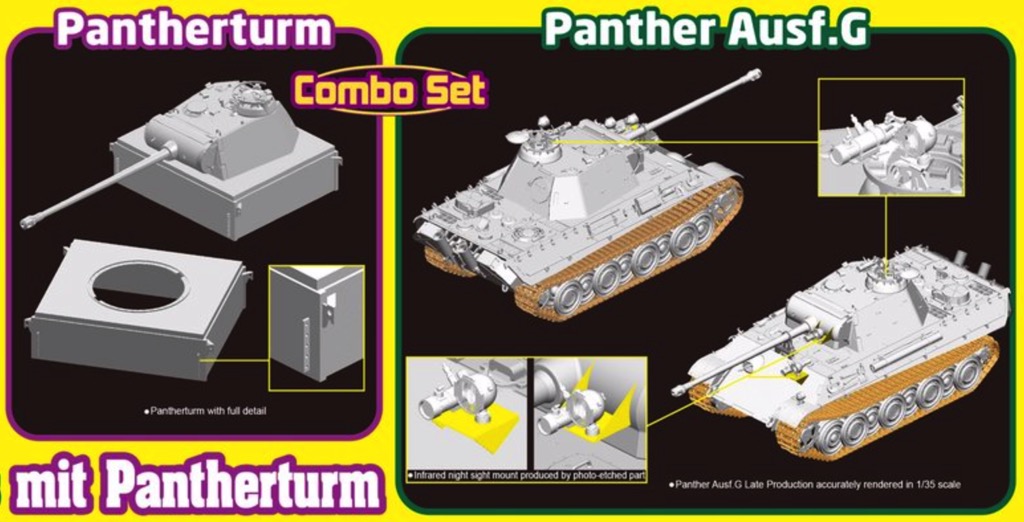 The final and most numerous variant of the Panther was the Ausf. G, of which 2,953 units were produced from March 1944 onwards. Dragon's newest combo kit features an Ausf.G Late-Production tank with such features as a chin mantlet, steel road wheels and three infrared night-fighting sights mounted. The other kit included is a Pantherturm which was used in places like Italy and on the Eastern Front. Such well-placed and low-silhouette pillboxes could hold up Allied advances.

With this new 1/35 scale combo kit from Dragon, modelers can create a complete Panther Ausf.G Late-Production tank, and also can manufacture a Pantherturm boasting an Ausf.G turret and associated base. Both items are accurately molded and well detailed. Indeed, Dragon's Smart Kit of the Panther G still retains the highest level of quality. Set in a diorama, this Panther turret emplacement would make a fascinating and novel subject for an end-of-war scene as the Allies closed in on victory, as is depicted on the box-top artwork.