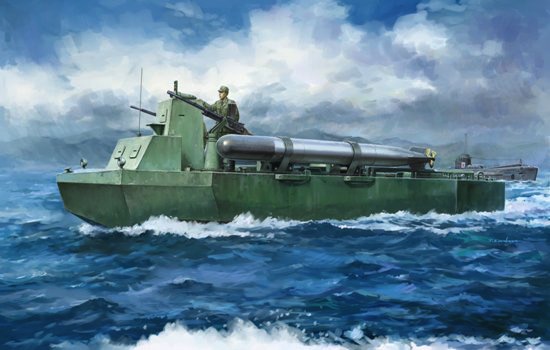 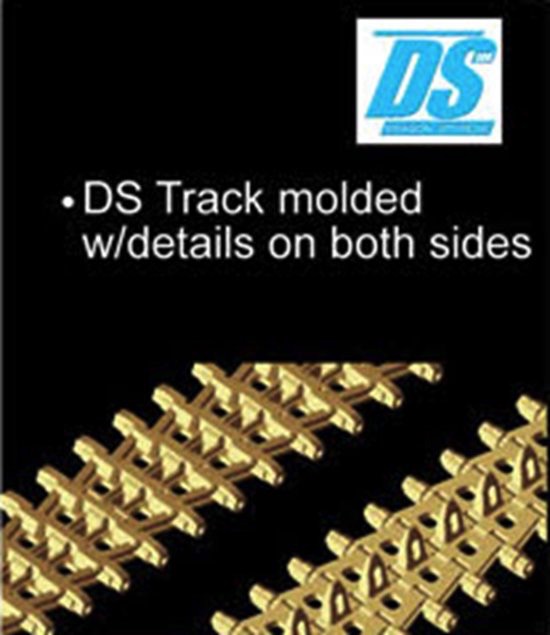 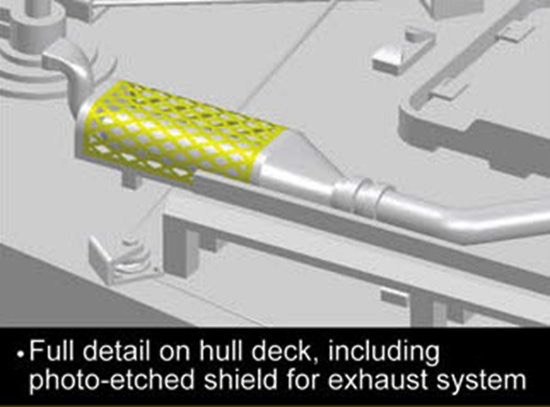 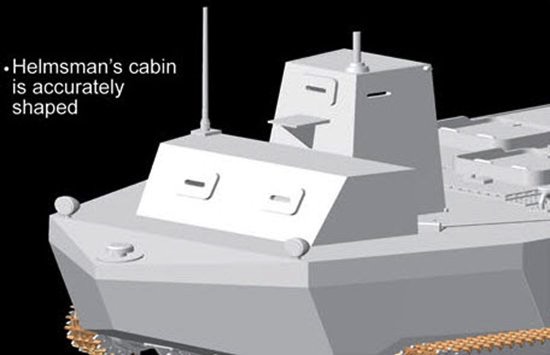 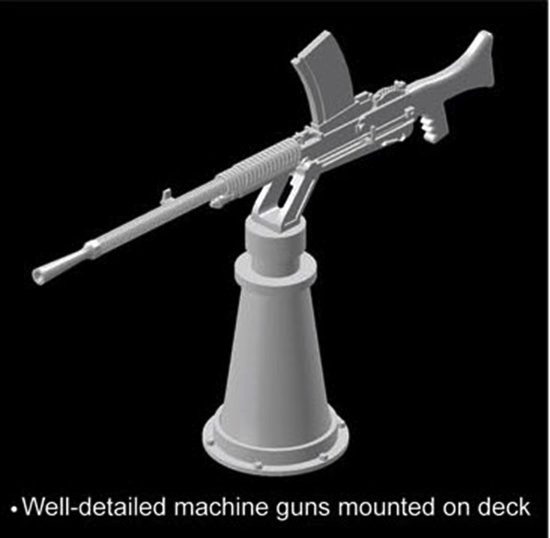 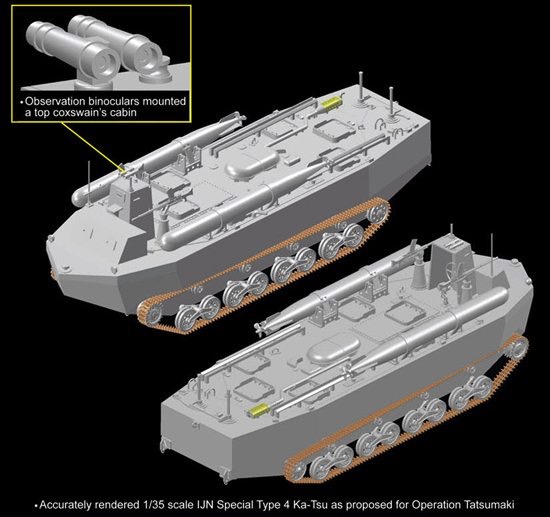 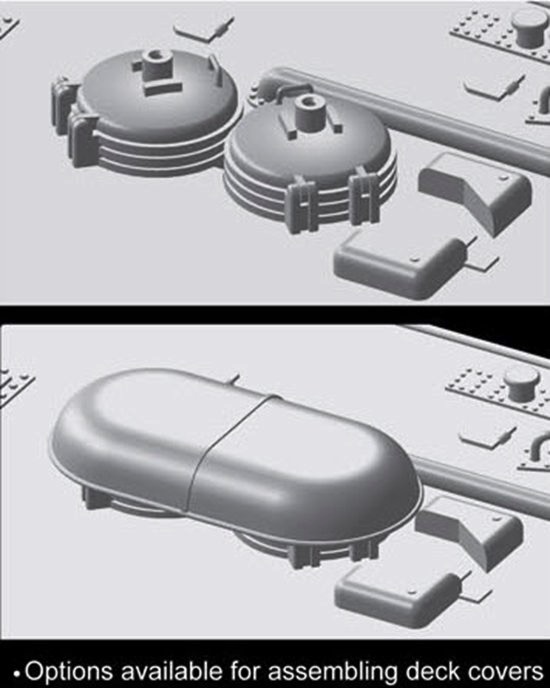 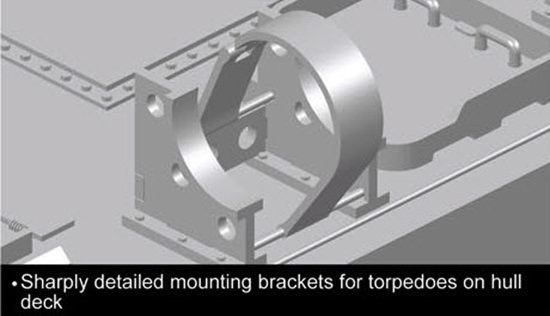 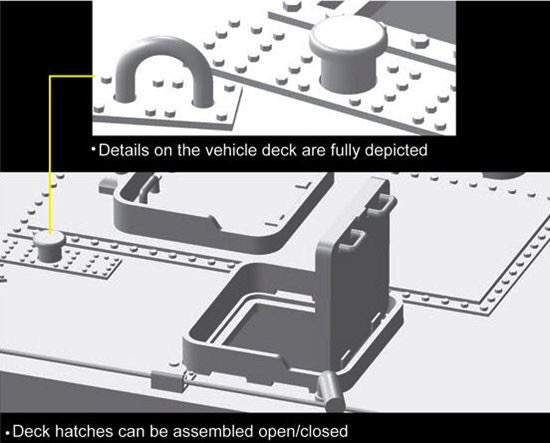 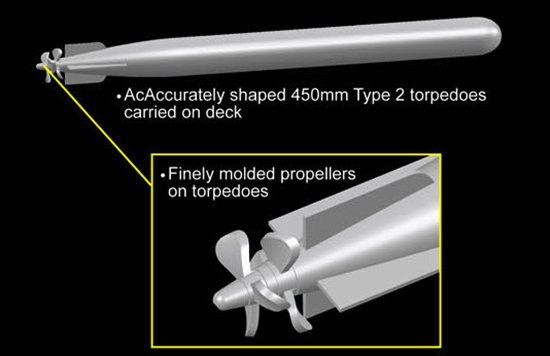 The Ka-Tsu amphibious tractor was earmarked for Operation Tatsumaki (Tornado), a Japanese plan to conduct a surprise attack on a US fast carrier task force in the lagoon of Majuro Atoll in the Marshall Islands in May 1944. Five IJN submarines were to carry Ka-Tsu on their decks. Each vehicle carried a pair of 450mm Type 2 torpedoes, and they were supposed to drive over the outer reef and enter the inner lagoon.

Dragon has already produced a fine 1/35 scale plastic kit of a transport version of the Type 4 Ka-Tsu (Item No. 6839). Now, the torpedo-armed version is available, depicted just as they would have appeared during Operation Tatsumaki. There are many new parts in he box, of course including the torpedoes carried either side of the hull deck and their associated brackets that held them in place. The pintle-mounted machine gun is new too, while the arrangement of the hull deck has been adapted. This is an eye-catching 1/35 scale release from Dragon, and modelers now have a tremendous opportunity to make a rare and fascinating Japanese vehicle of historical interest.