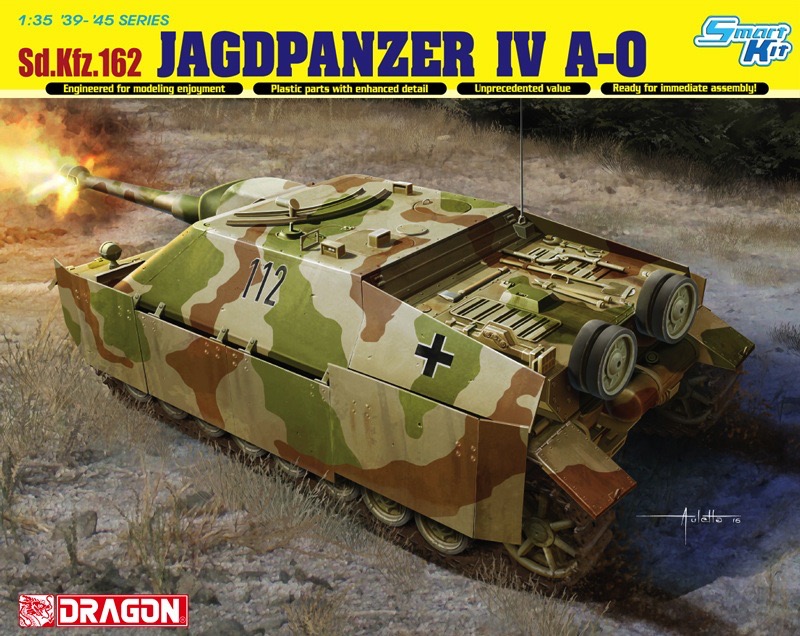 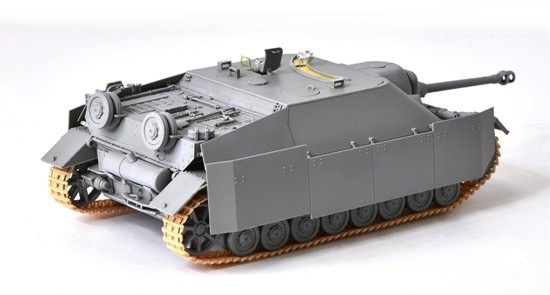 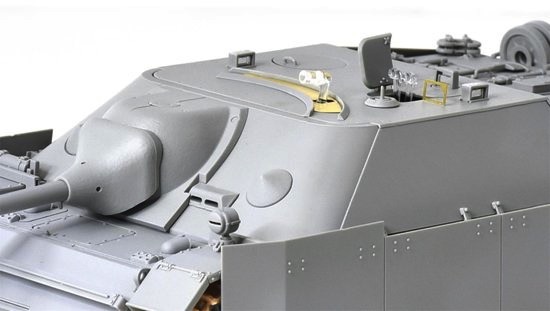 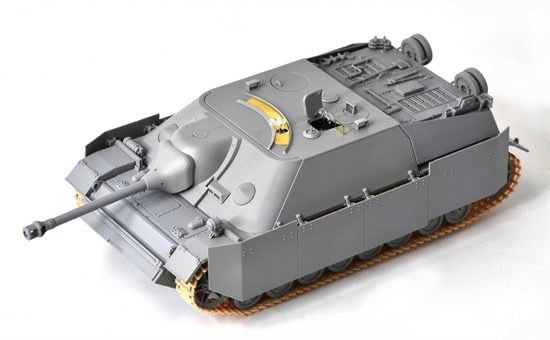 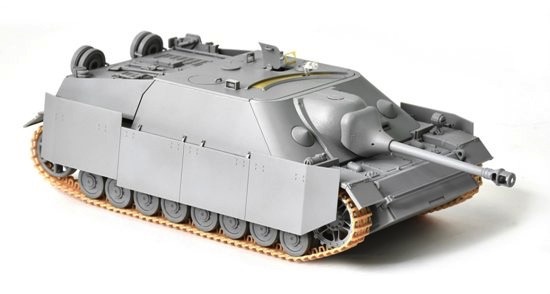 Main Features: Germany based its Jagdpanzer IV tank destroyer on the chassis of the ubiquitous and reliable Panzer IV tank. The vehicle mounted a lethal 75mm main gun in a fixed superstructure or casemate. The low-profile vehicle was actually designed as a replacement for the successful StuG.III, and it was built in three variants, the first of which was the 0-series, essentially a Jagdpanzer IV pre-production version. The 0-series is easily identified by the rounded front corners of the superstructure, a feature that was dropped for production and ballistic reasons once manufacture began. It mounted a 7.5cm PaK39 gun, plus ports for two 7.92mm machine guns in the glacis plate. The first 0-series vehicle was produced in January 1944.

This Dragon 1/35 scale rendition of a Jagdpanzer IV A-0 is well engineered and carefully crafted to accurately recreate the original pre-production vehicle. Indeed, it has no connection with old item No.9059 that Dragon released ages ago. This is a brand new kit that employs parts such as the chassis and road wheels from Dragon's current generation of exemplary Panzer IV kits, combined with easy-to-assemble tracks made from DS. Furthermore, the superstructure and roof are brand new. It has the correct superstructure with distinctive rounded corners that makes it stand out from production Jagdpanzer IVs, while the 75mm PaK39 gun is fitted with a muzzle brake. In fact, Dragon has made the 1/35 kit even more attractive by offering two different options in the box. These options allow either of two different vehicle configurations to be created as modelers wish.