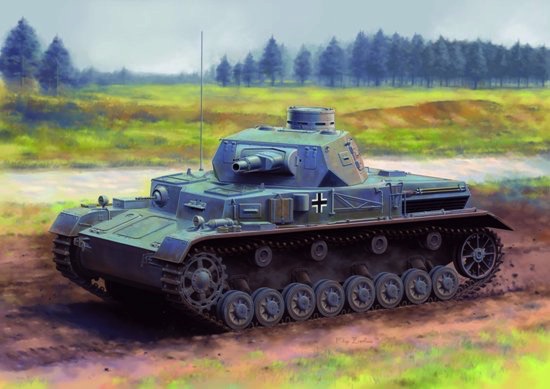 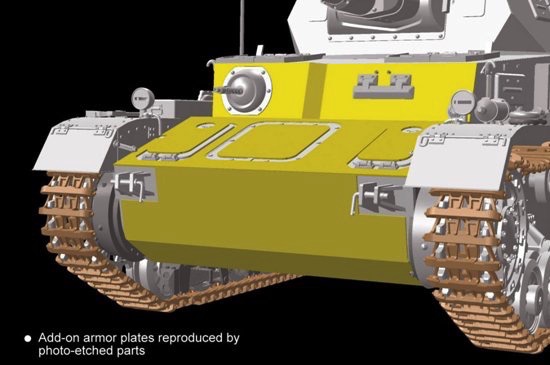 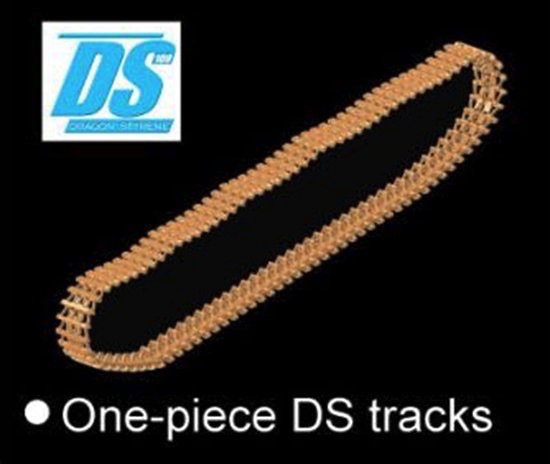 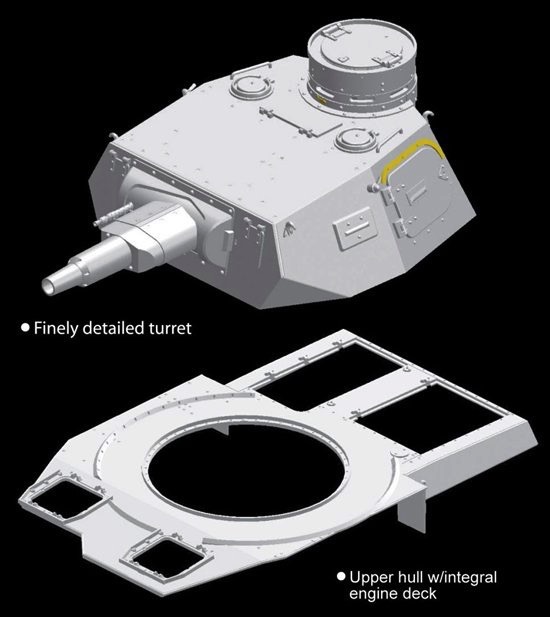 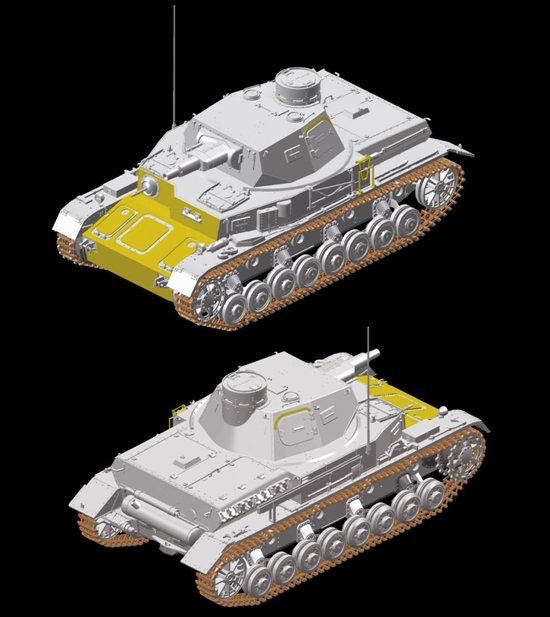 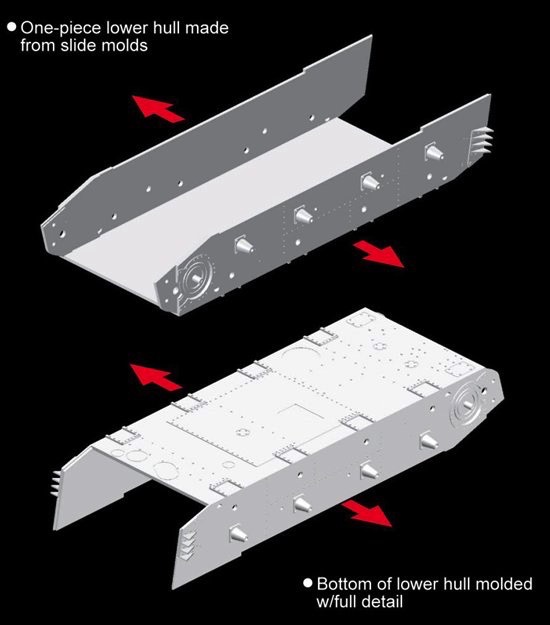 DISCONTINUED This product has been discontinued
and is no longer available.List price: $84.00
You pay: $56.59
(All prices in U.S. Dollars)

Dragon completed its Panzer IV grand slam in 1/35 scale with the release of the Ausf.A several years ago. That meant Dragon is able to offer a modern and accurate kit of every member of the Panzer IV family - the A, B, C, D, E, F, G, H and J! The Ausf.A was obviously the grandfather, with 35 tanks produced from October 1937 to March 1938. It stemmed from a development contract issued to Krupp in 1935. The design featured a short-barreled 7.5cm KwK37 L/24 main gun and two MG34 machine guns. As befitting what was essentially a pre-series design, the maximum armor thickness on the 18.4-ton design was just 14.5mm on the hull and 20mm on the turret. With the Panzer IV Ausf.A slated to see service in the 1939-40 campaigns in Poland, Norway and France, there was obviously a need to improve the thickness of its armor. Thus, a number of Panzer IV Ausf.A tanks were up-armored by adding extra armor plates on the front hull and glacis. Dragon's newest Panzer IV kit allows modelers to reproduce these tanks with applique armor that were slightly better suited to combat.

This1/35 scale plastic kit is based on Dragon's leading kit of the Panzer IV Ausf.A (item No.6747). This particular variant has been created by supplying the relevant additional armor plates that fit onto the front end of the tank. Indeed, the kit has been up-armored in precisely the same way as the original was! Additionally, the front inspection hatches have been newly made by photo-etched parts with different details compared to the previously provided ones. The tank comes with early-style 38cm DS Tracks to make sure they're easy to assemble. This kit offers greater protection to the crew...and more variety for the modeler!