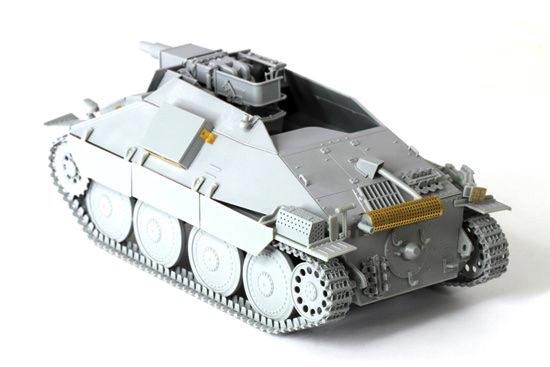 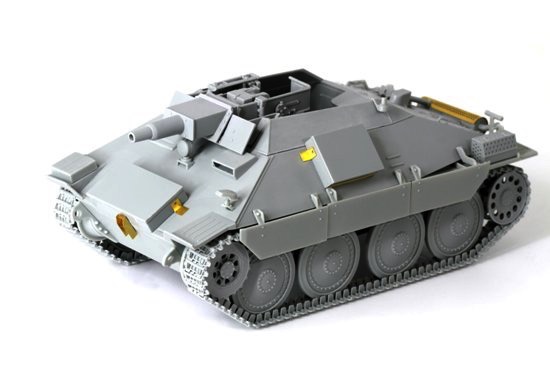 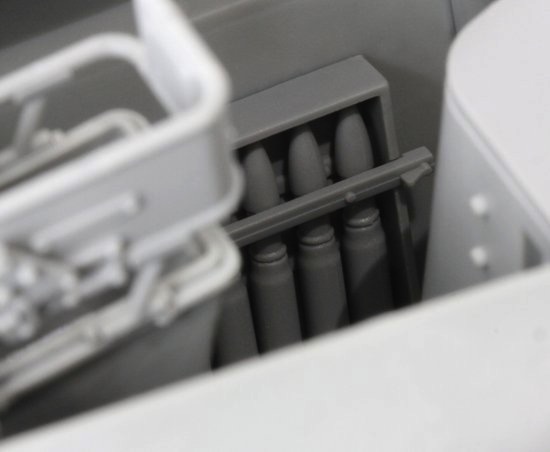 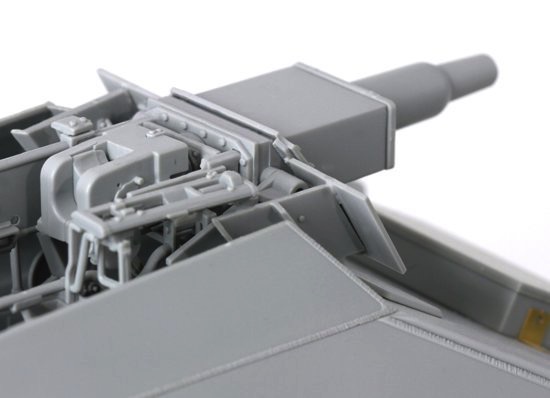 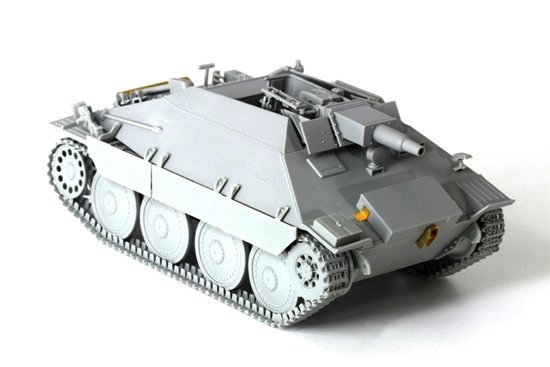 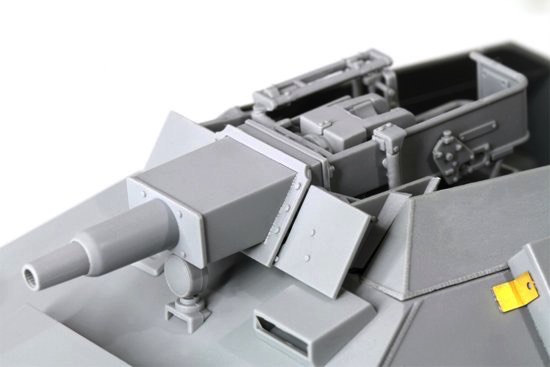 Features: Dragon completes the trio of new Hetzers in the popular series of 1/35 scale kits with the launch of the Vollkettenaufklaerer 38 w/7.5cm Kanone 51 L/24. What is significant about this kit - as with the other two German subjects, the Jagdpanzer 38 mit 2cm FlaK 38 and the 15cm s.IG.33/2 (Sf) auf Jagdpanzer 38(t) Hetzer - is that it has never before been available in plastic kit. The Vollkettenaufklaerer 38 was originally an effort by Auto-Union to create a tracked reconnaissance vehicle suitable for Eastern Front operations. Auto-Union's prototypes with an open-topped compartment appeared in early 1944, but they were never pursued. Czech company BMM followed up with its own version of a scout vehicle based on a Jagdpanzer 38(t) Hetzer chassis, with a mockup ready by September 1944. This example based on a modified 38(t) chassis featured a 7.5cm L/24 gun. Also known as the Gerat 564 Pz.Aufklwg.638/12.

The new rendition of the Vollkettenaufklaerer 38 w/7.5cm Kanone 51 L/24 is wisely based on Dragon's recently released and highly accurate Hetzer-based kits, including their modified wheels and upper hull. To create this novel vehicle, the kit incorporates brand new elements such as a retooled fighting compartment with true-to-scale armored sides. There is a new stowage rack on the front of the hull, and another on the left-hand side of the hull, adjacent to a new antenna base. On the glacis plate, there is a new driver's vision port, hatch and headlight. Parts to depict the complete 7.5cm 24-caliber Kanone 51 gun are obviously included. The final result is a fascinating, attractive and little-known member of the Hetzer family. While it may not have entered production in WWII, Dragon has made it incredibly easy for modelers to produce their very own Hetzer scout vehicle.