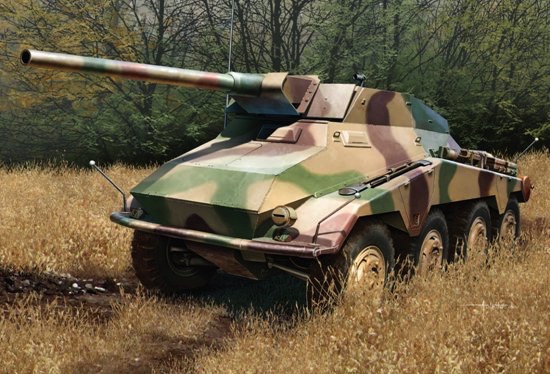 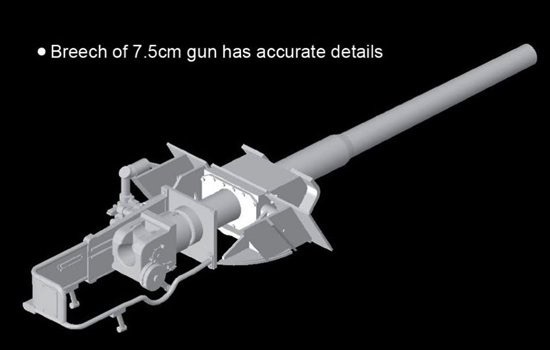 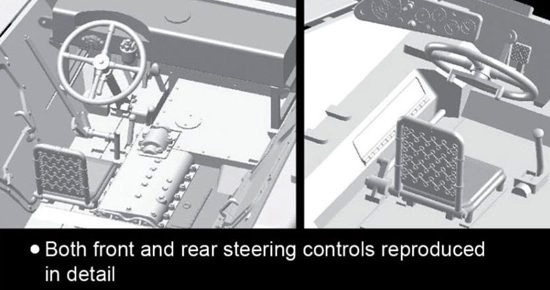 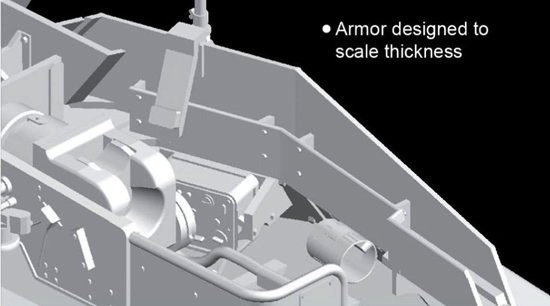 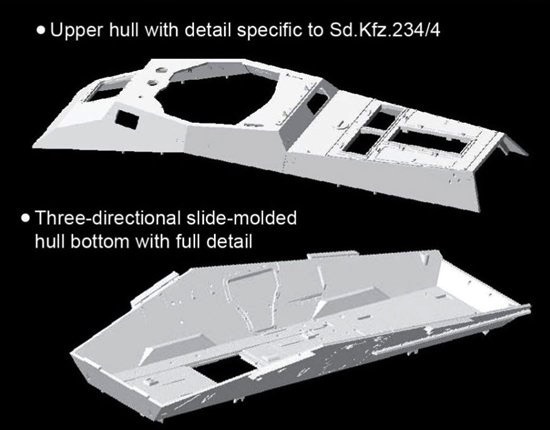 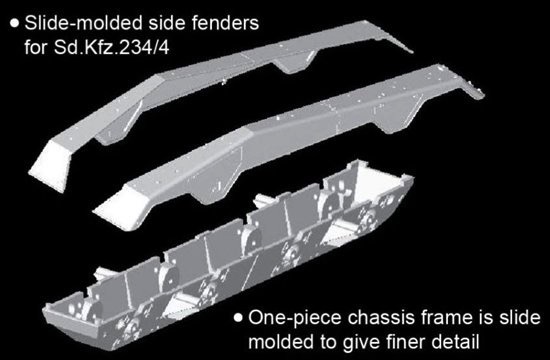 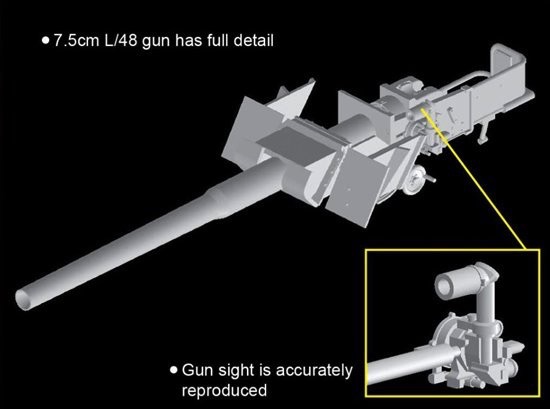 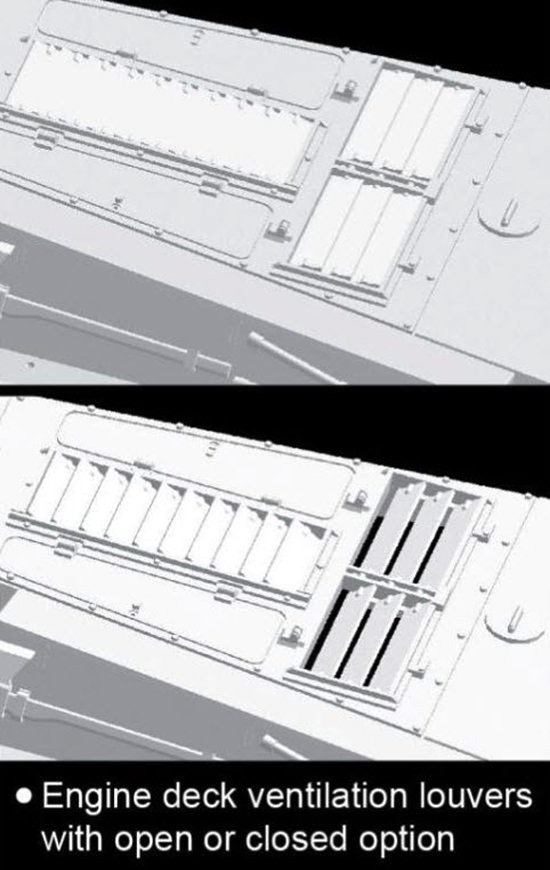 Development work of Sd.Kfz.234 commenced in August 1940 and the Sd.Kfz.234 had four distinct variants, the last of which was the Sd.Kfz.234/4. The production variant of this 8-wheeled vehicle boasted a 7.5cm PaK 40 L/46 anti-tank gun installed in an open-topped fighting compartment. Only 89 vehicles were produced between December 1944 and March 1945, and that particular vehicle is represented by Item No.6772 in Dragon's 1/35 scale kit collection. Interestingly, an improved Sd.Kz.234/4 was also planned and this would have featured a 7.5cm L/48 AK 7B84 cannon.

However, this novel platform can now be obtained by model-makers thanks to Dragon! This brand new 1/35 scale kit is wisely based on the foundation of the aforementioned Sd.Kfz.234/4. It thus boasts handy features such as driveshafts and tie rods that allow the wheels to be angled. However, the kit has also been outfitted with the proposed more powerful anti-tank weapon. Indeed, the 7.5cm L/48 barrel, gun mount and related armor plates are new, while there is abundant detail in the vehicle's open-topped fighting compartment. Dragon's Sd.Kfz.234 family is already highly acclaimed, and this kit adds a refreshing new member to the family