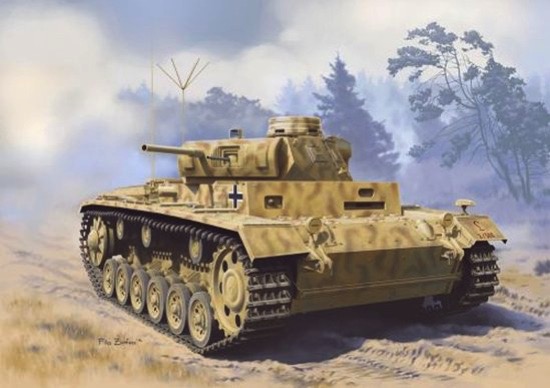 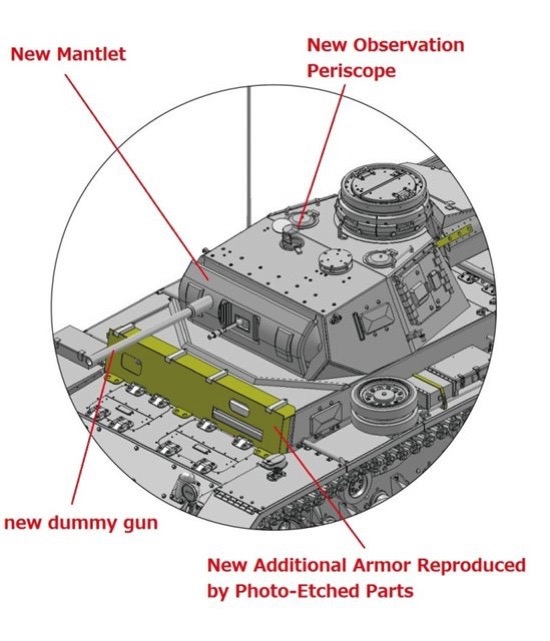 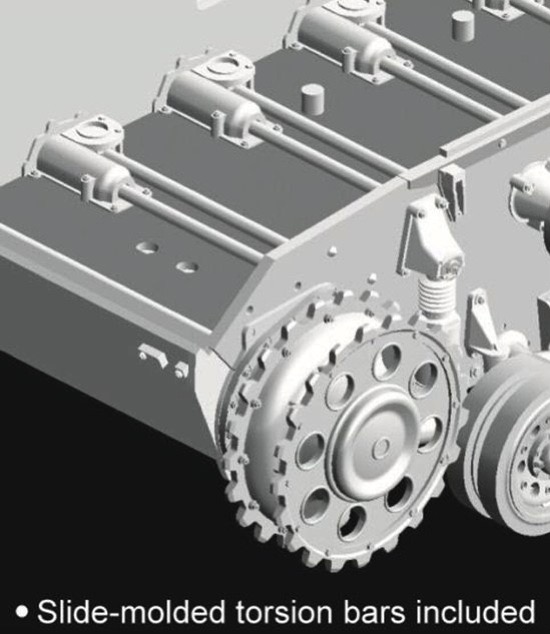 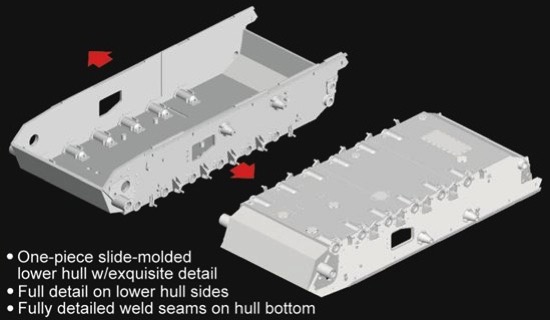 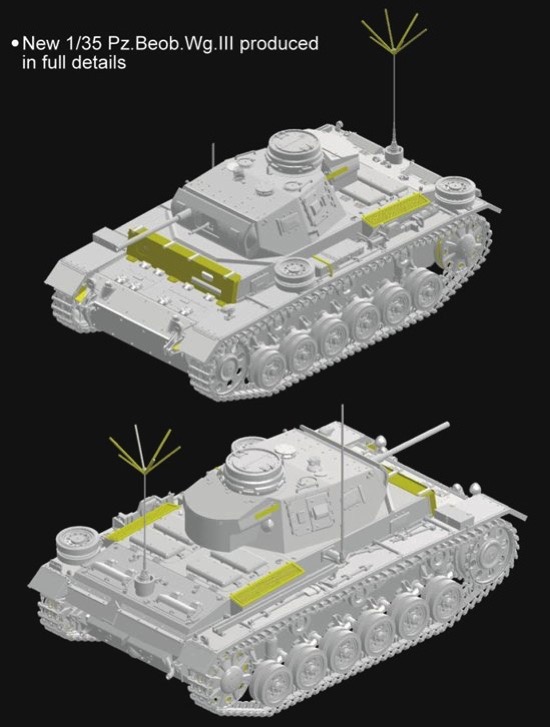 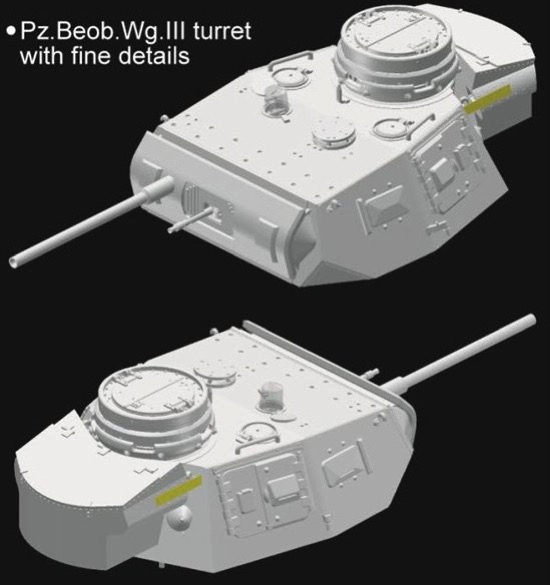 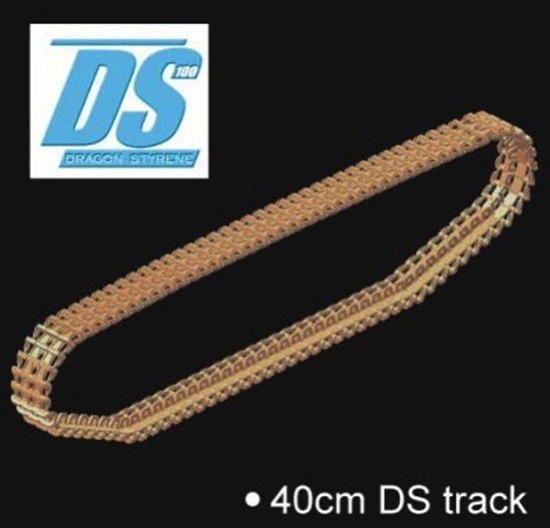 The Panzer III was a medium-weight tank that, at the outbreak of WWII, was designed to be the primary platform of the all-conquering panzer divisions. However, with the advent of more heavily armored and up-gunned enemy tanks, the role of the Panzer III became secondary to that of the Panzer IV and production finally ceased in 1943. A number of specialized variants were created based on standard gun tanks, and one of these was the Panzerbeobachtungswagen III (Sd.Kfz.143). This was a dedicated forward artillery observation tank for Wespe and Hummel artillery batteries. From February 1942 to April 1944, some 262 examples were converted from Ausf.E/F/G hulls. The Pz.Beob.Wg.III featured a dummy main armament and an MG34 machine gun mounted in a Kugelblende (ball mount) in the turret. A crew of five operated the vehicle and it contained powerful radio equipment.

Dragon's new 1/35 scale Smart Kit accurately depicts this special Panzerbeobachtungswagen III observation tank. It contains a number of new parts, including the revised gun shield (mounting the MG ball mount and dummy gun), and additional armor on the hull front (photo-etched parts) with new associated brackets. The rear hull plate is new too, as is the dummy gun. The new observation periscope on turret top, through which observers spotted artillery fire, is accurately depicted too. This kit allows modelers to fill another gap in the Panzer III family tree with a kit built to Dragon's highest contemporary standards. Modelers will want to keep a sharp lookout for this Pz.Beob.Wg.III on their model shop shelves!