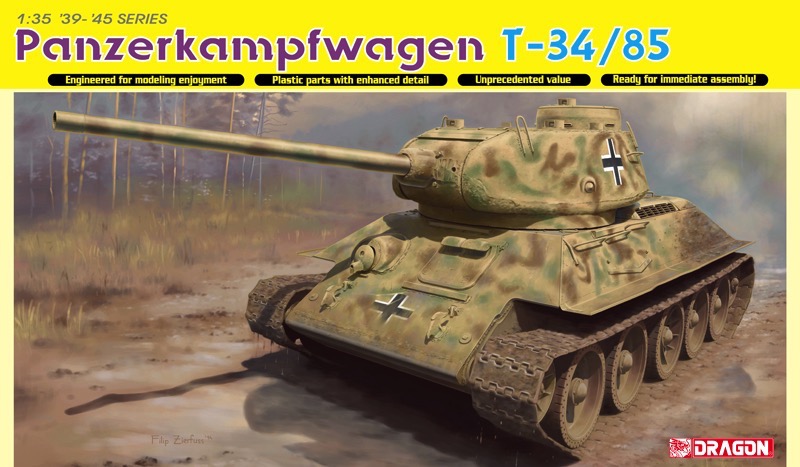 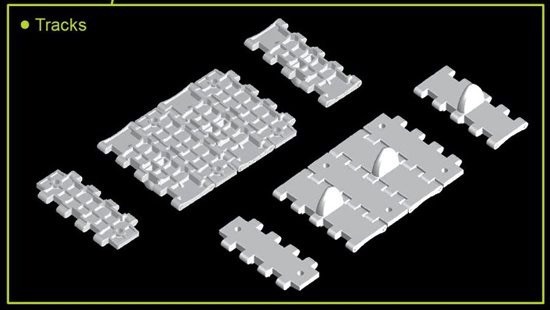 When the German armed forces first encountered the Russian T-34 with its 76mm gun and well-sloped armor, they were shocked by its superior qualities. Germany countered with its technologically advanced Panther tank. Correspondingly, in the race to produce better and more powerful tanks, the Russians introduced its T-35/85 model, boasting a larger turret that accommodated an 85mm main gun. Due to shortages in their own armored units, the hard-pressed Germans often adopted captured Russian tanks into their ranks.

This is precisely the case with Dragon new 1/35 scale kit release. It portrays a T-34/85 built by factory No.112 in 1944 but in service with German tank unit. Dragon has done a fine job of replicating the characteristics peculiar to this type. This kit also includes some updated features such as lifting hooks on the turret sides, as well as Magic Tracks that make assembly more convenient. Moreover, two different types of road wheels are included. This delightful model is finely produced with loads of details, and of the highest standard available on the market. What modelers will find here are all the ingredients to create a compelling Eastern Front scene...a Soviet tank in German service!