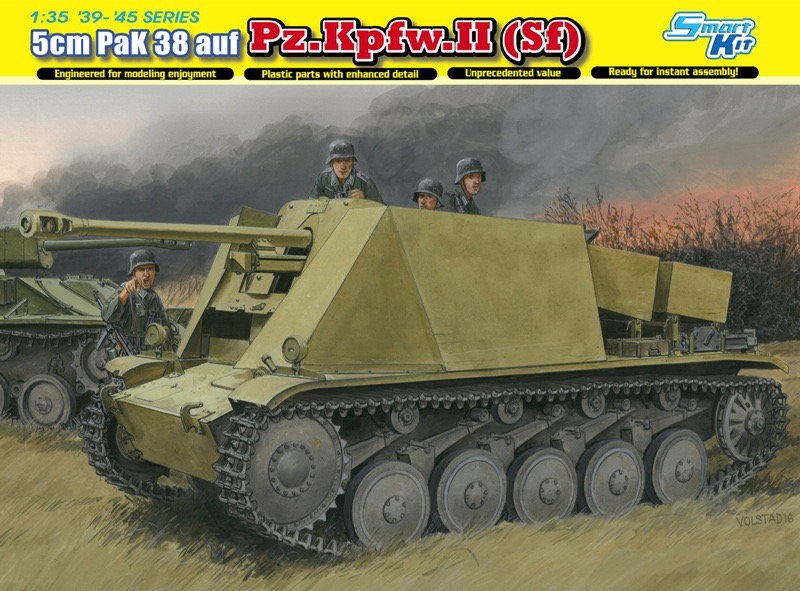 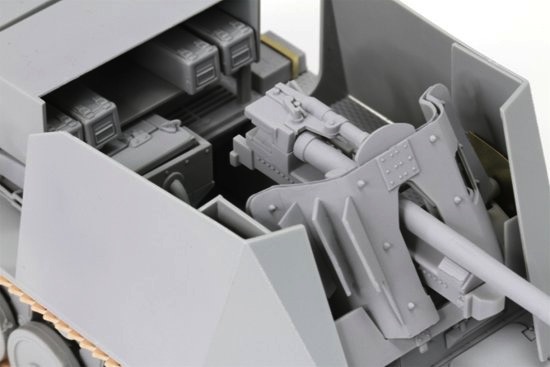 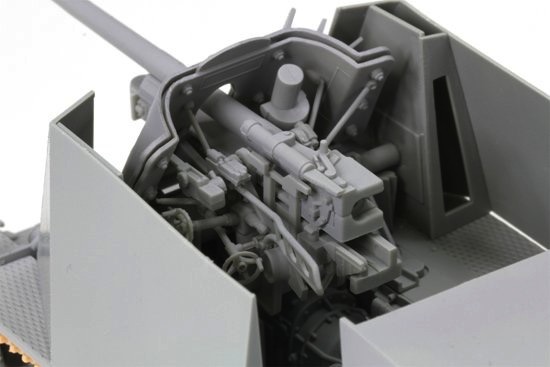 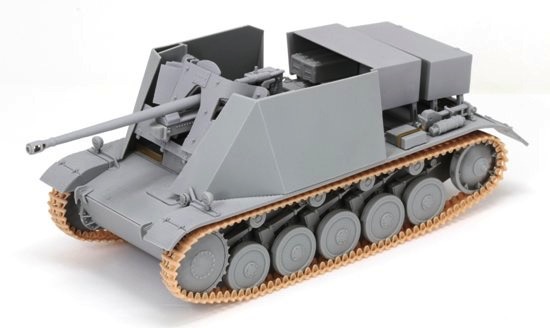 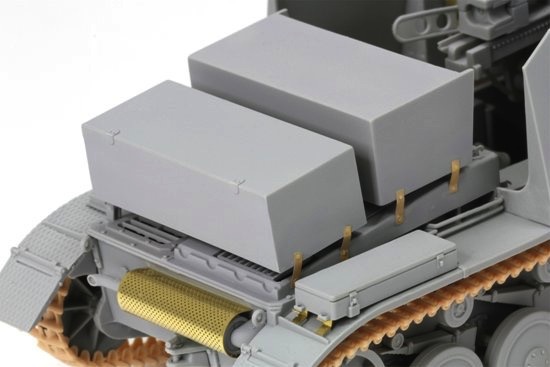 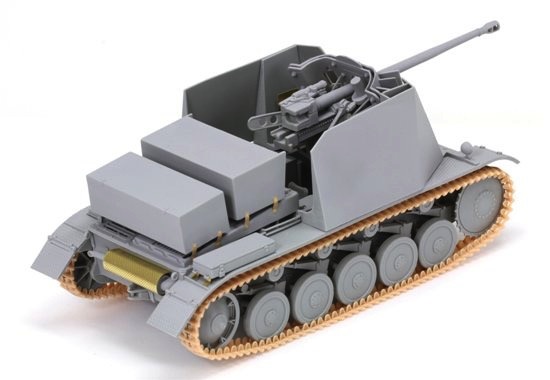 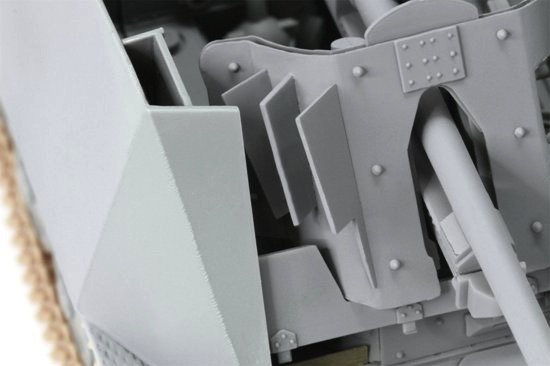 Second item from the German Exotic Beast! Dragon is releasing a finely detailed 1/35 scale kit of an ad hoc wartime vehicle that was fielded by Germany during WWII. It is labeled the 5cm PaK 38 auf Fgst Pz.Kpfw.II, which, as its name suggests, is a Panzer II chassis that mounts a 5cm L/60 anti-tank gun. In this regard it was somewhat similar to the Marder II, which was also a tank destroyer. The 5cm PaK38 auf Pz.Kpfw.II was an expedient solution. It is unclear how many vehicles were thus modified, but it variously employed Panzer II Ausf.A, B or C chassis.

This 1/35 scale kit has many great new parts to completely represent this tank conversion. For example, the upper hull is new. The appearance of the self-propelled tank destroyer is captured perfectly in miniature, including the new armor panels of the superstructure that are made true to scale. Also new is the gun mount for the 5cm weapon. Large ammunition bin and stowage bin are correctly installed on the engine deck. If a modeler wanted to create this unique and interesting German vehicle, they had to do so from scratch by combining assemblies from several different plastic kits. Now Dragon has done all the work for modelers, creating numerous original parts in the process, and a 5cm PaK38 auf Pz.Kpfw.II can be built accurately straight from the box!