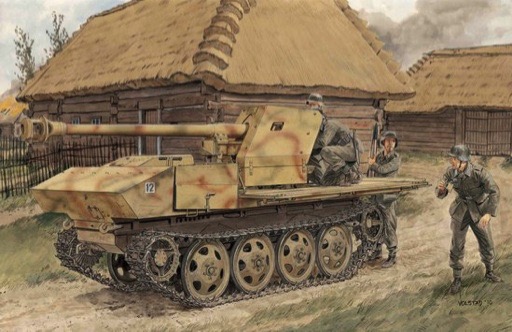 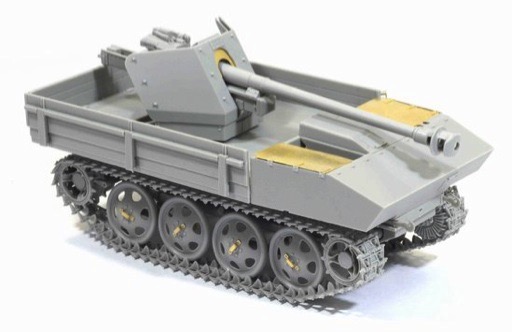 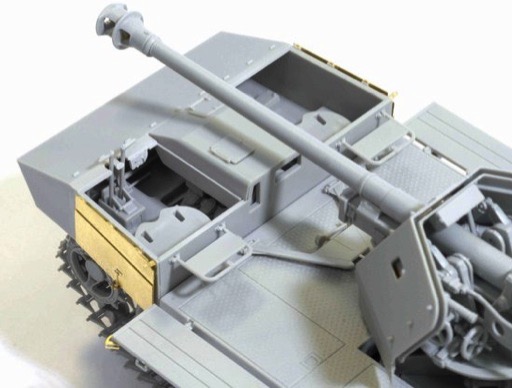 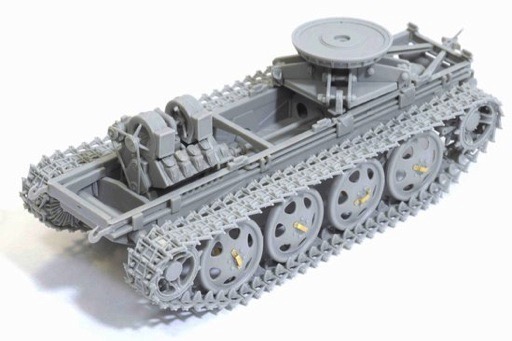 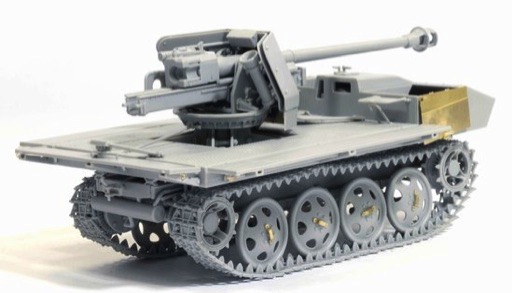 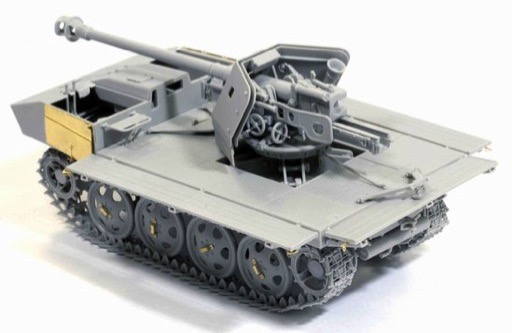 DISCONTINUED This product has been discontinued
and is no longer available.List price: $65.75
You pay: $44.59
(All prices in U.S. Dollars)

Feature: The mud, snow and ice that prevailed on the Eastern Front were tremendous impediments to travel and mobility. This was especially true because of the poor condition of roads in Russia. To help solve the difficulty that wheeled and half-tracked vehicles had in negotiating the terrain, Germany introduced the Raupenschlepper Ost, which literally means "Crawling Tractor Oo? East." The RSO was introduced specifically for mobility on the Eastern Front, and it typically served as a prime mover. The fully tracked chassis ran on a running gear of four steel wheels either side. Latterly, the RSO's mission expanded because of a severe shortage of antitank platforms. Thus, the RSO was eventually fitted with a 7.5cm PaK 40/1 antitank cannon. To facilitate its new function, the driver's compartment at the front was replaced with a lightly armored superstructure.

However, the weapon system overall was very vulnerable to enemy fire, despite all its advantages of mobility in treacherous terrain. The first such systems were fielded for evaluations by Army Group South in 1944, though full-scale production never really began. Instead, a mere 60 such antitank vehicles were produced out of a total of 23,000 RSO vehicles.

Dragon has produced an exciting new 1/35 scale kit of this fascinating specialist vehicle. Apart from the 7.5cm antitank gun, the rest of the kit is brand new. Just like German engineers before them, Dragon was able to fit its existing gun kit onto a new platform! The chassis comes as a single component to ensure correct alignment and ease of assembly. The vehicle is actually quite small, but this doesn't mean it lacks detail. In fact, it is brimming with interior detail such as the gearbox, driver's compartment, engine and transmission. The gun platform is fully represented along with the new gun mount. The construction allows modelers to traverse the gun in any direction. The road wheels are produced to scale thickness, over which the specially designed RSO Magic Tracks are fixed.

The result is a vehicle that looks remarkably different to a standard RSO cargo variant. It is sure to be a hot item, as modelers have been waiting a long time for such a high-quality kit of this potent "tractor"!