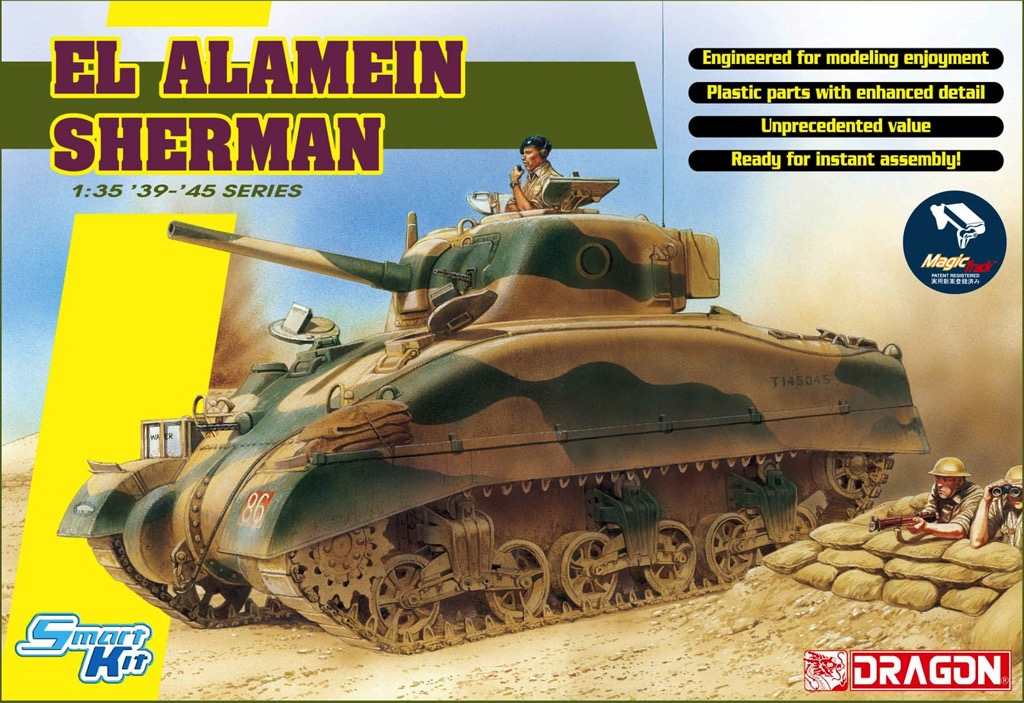 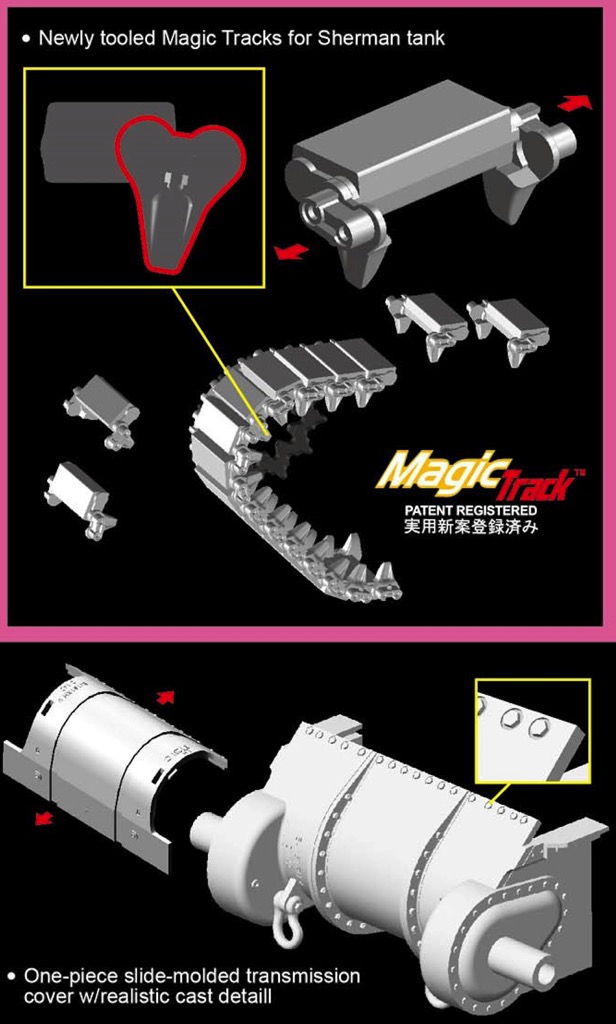 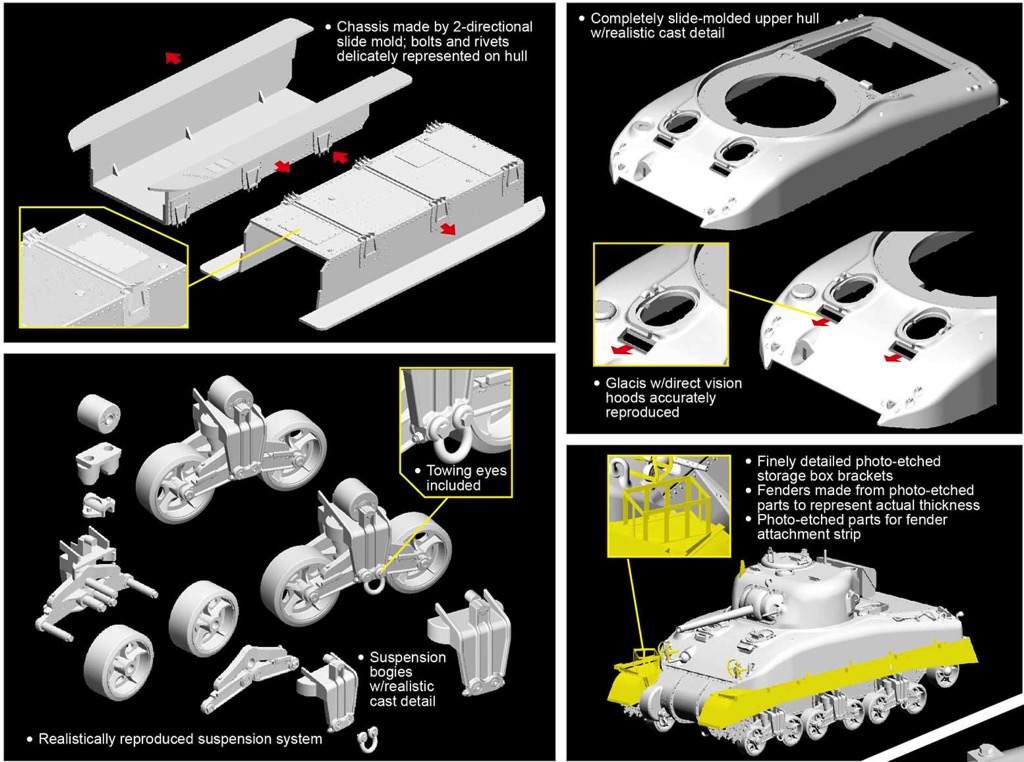 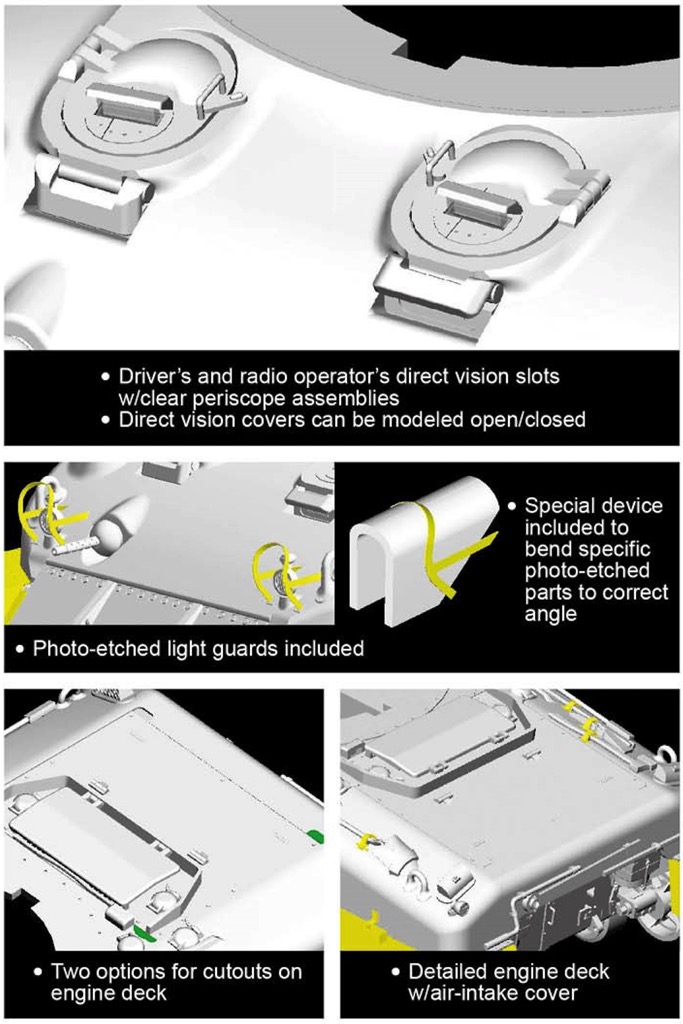 The Second Battle of El Alamein from October 23rd to November 5, 1942 was a major turning point in the North African campaign, and initiated Rommel's fighting retreat to the west. One of the keys to the Allies' victory in this latter battle was the arrival of Sherman tanks from America. This was the first combat use of the M4A1 Sherman (known as Sherman II in British nomenclature), with a total of 252 Shermans available at the start of Operation Lightfoot. The new El Alamein Sherman has been boosted with the newly tooled Magic Tracks. In fact, this is one of the first Sherman kits in which these Magic Tracks have been made available, and these brand new links are both extremely accurate and very easy to assemble. A wide selection of photo-etched metal parts are also available for maximum details. It's this magical touch of Magic Tracks that makes this new release stand out!