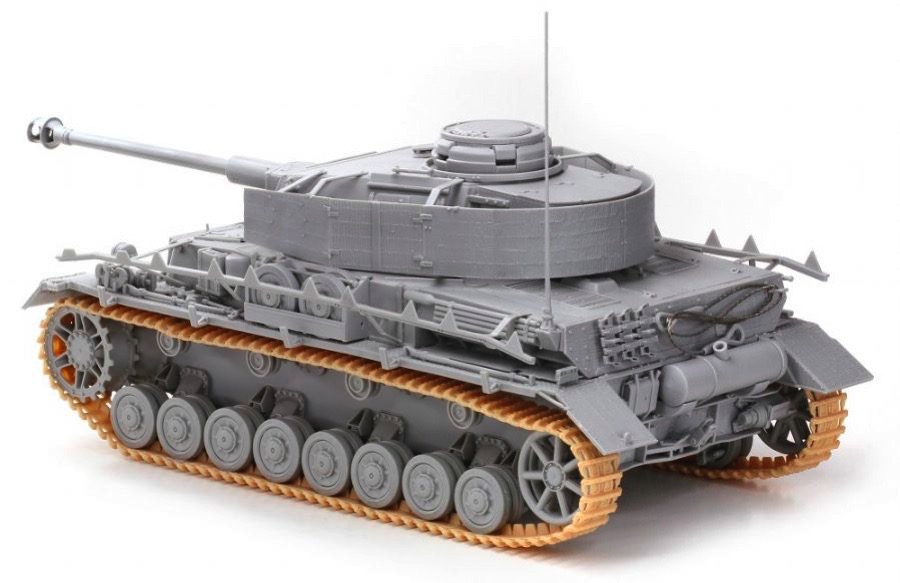 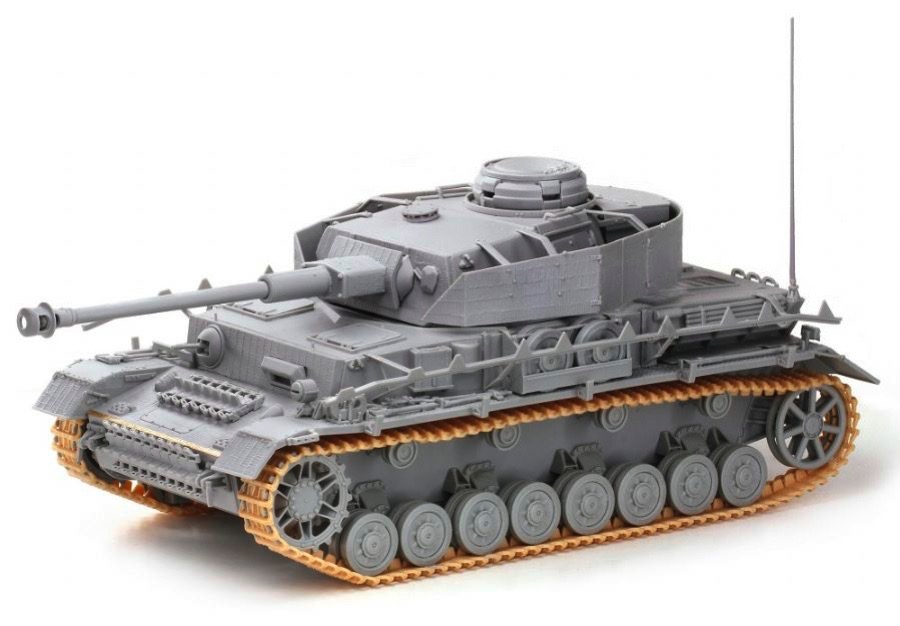 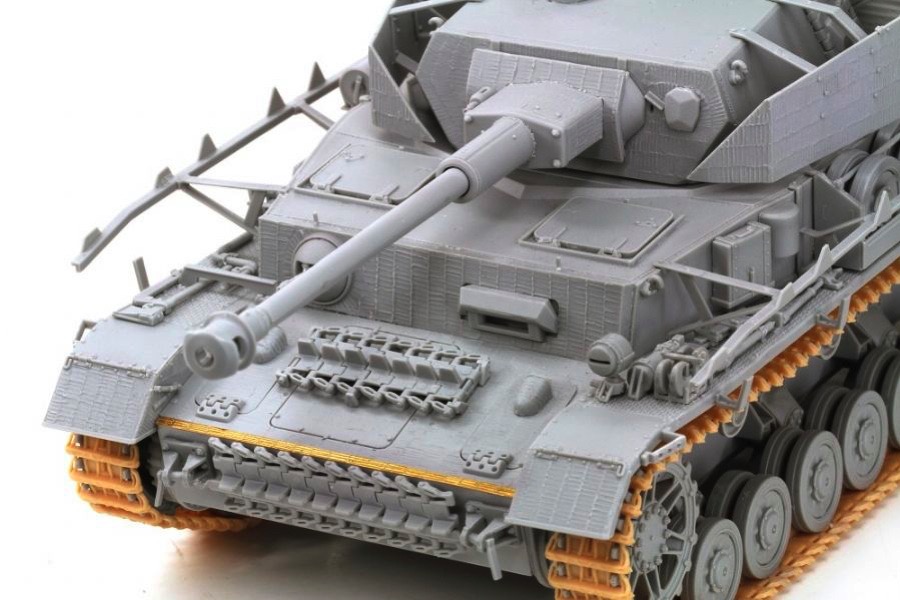 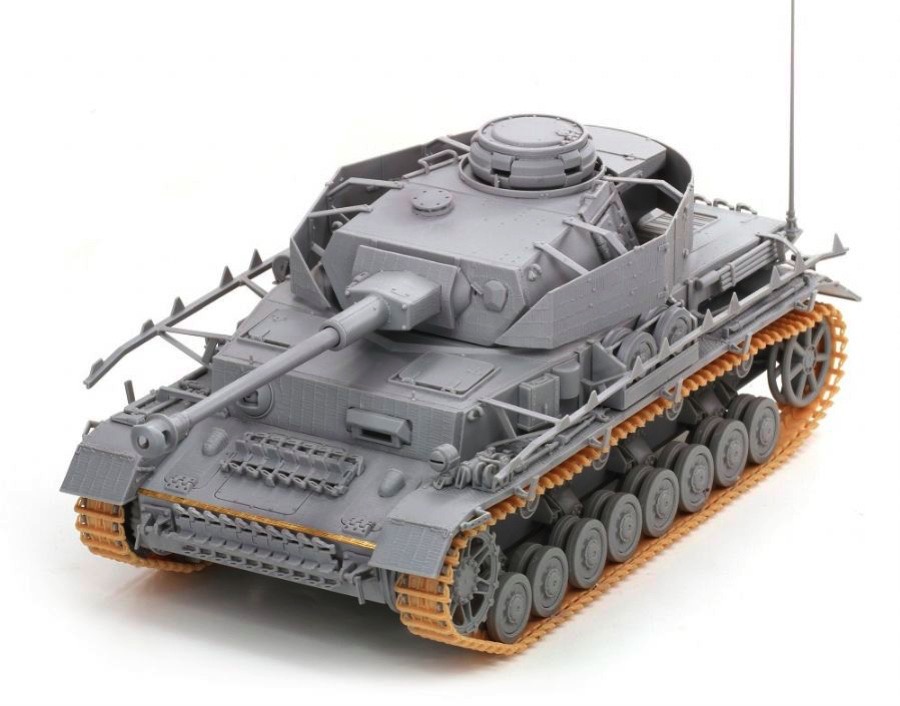 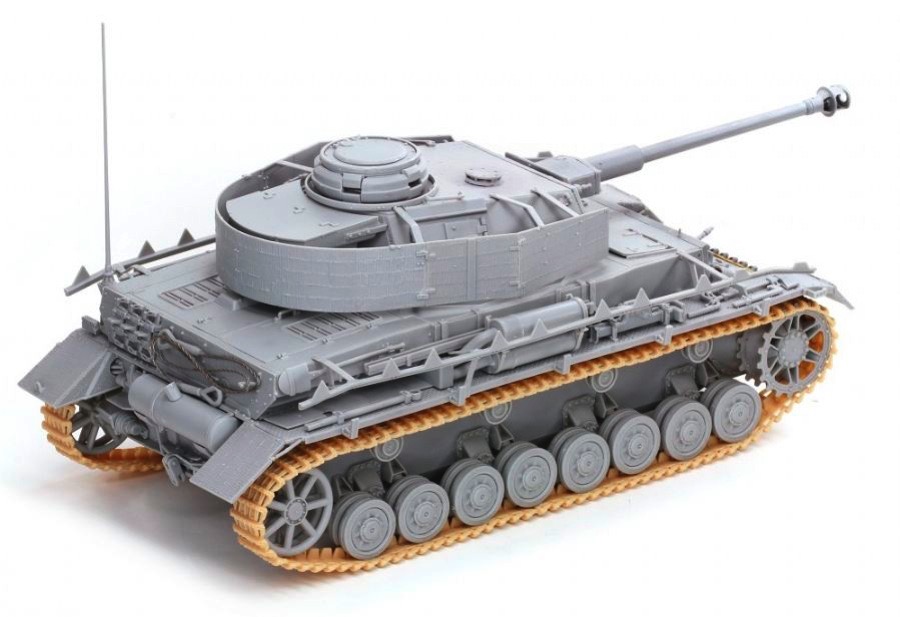 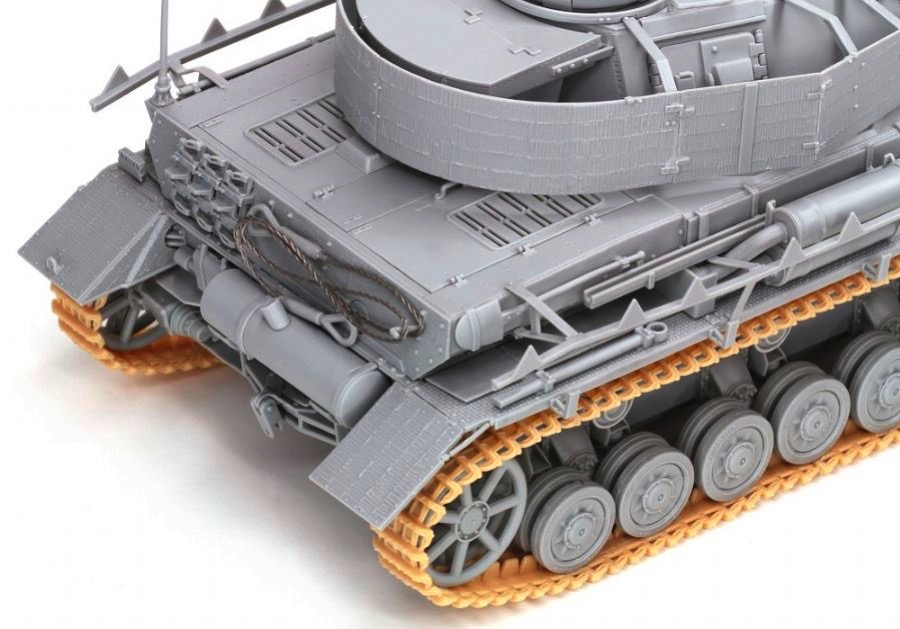 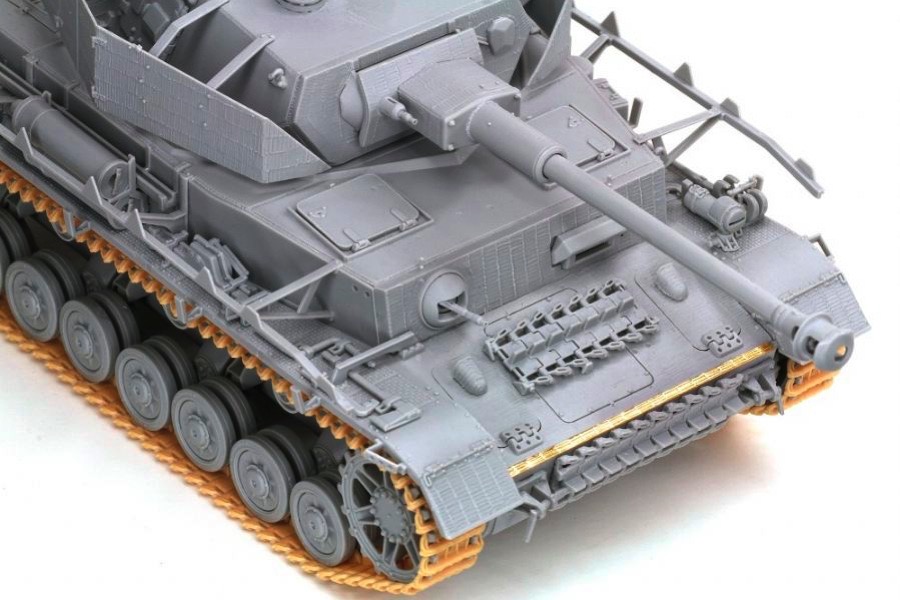 DISCONTINUED This product has been discontinued
and is no longer available.List price: $90.95
You pay: $61.19
(All prices in U.S. Dollars)

Features: Dragon offers a complete lineup of the popular Panzer IV family tree in 1/35 scale. Now it is time to fill in a gap with this special variant! It's an Ausf.H Mid-Production, and it specifically represents a vehicle fighting in Normandy in 1944. One unit to field the Panzer IV H was the 12th Panzer Hitlerjugend Division, with the formation's combat debut occurring on 7 June 1944 as German forces began a ferocious defense of Caen in the Normandy area against Canadian and British units. It was one of the closest divisions to the landing beaches. When the German division eventually escaped the Falaise pocket, it had lost 42% of its personnel and 94% of its armor.

This 1/35 scale plastic kit features a number of newly tooled parts, one example being the turret side skirts that have their own layer of readymade Zimmerit. Also brand new is the frontal armor plate containing the steering-brake hatches. This too bears a coating of Zimmerit, which is beautifully sculpted and looks extremely authentic. The inclusion of Zimmerit on this kit is certainly a highlight, as it saves modelers from the time-consuming task of recreating the texture themselves. The box comes with a generous selection of Cartograf decals, all of which cover those panzer divisions operational in Normandy, including the Hitlerjugend and 2nd Panzer Divisions. For those model-makers recreating a scene from Normandy, this is the perfect foundation on which to base it!