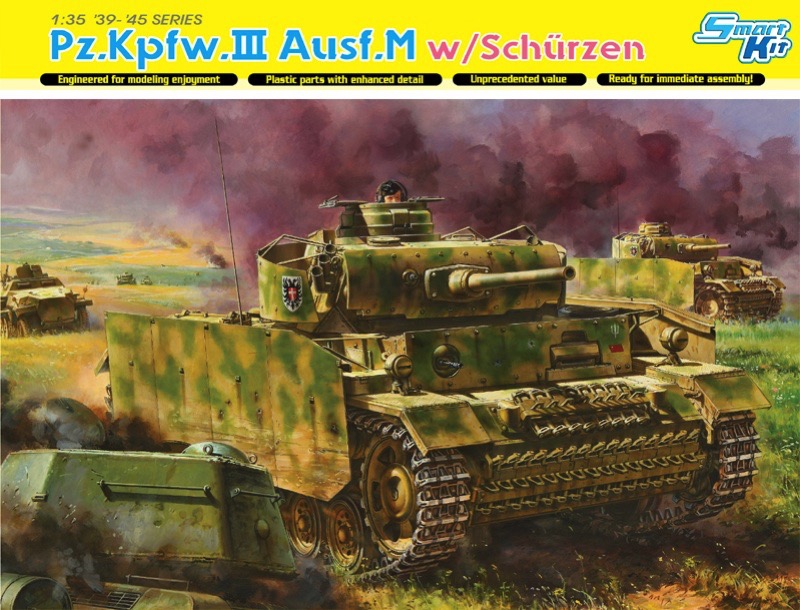 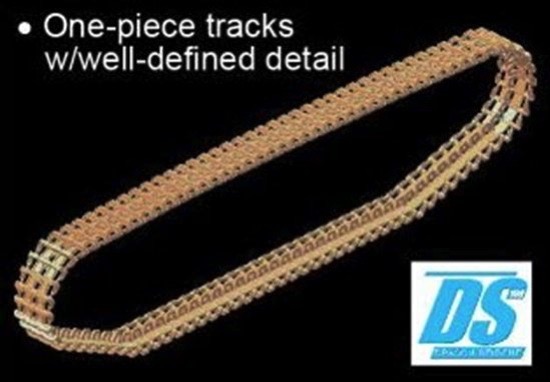 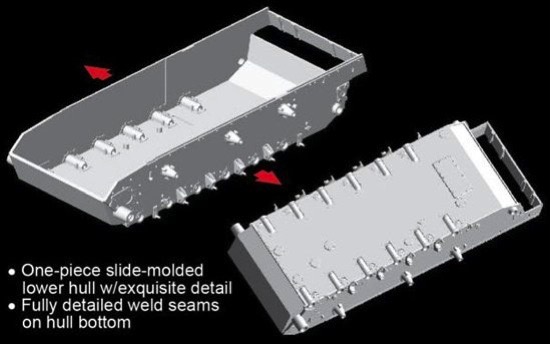 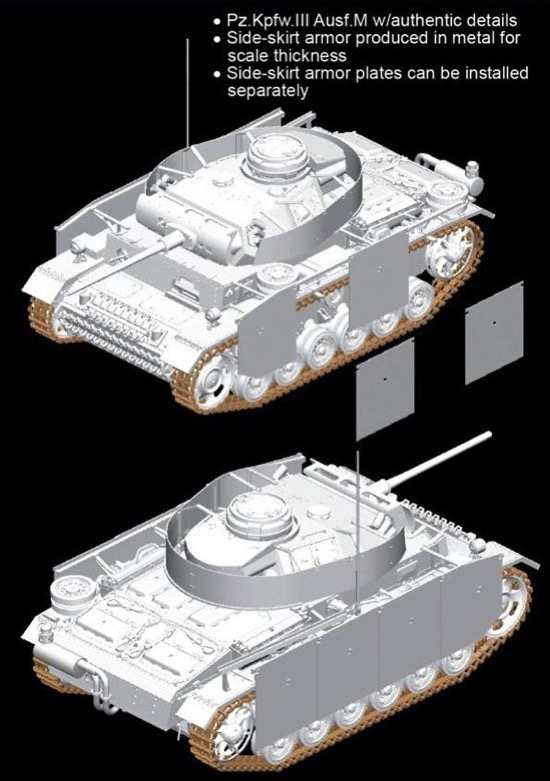 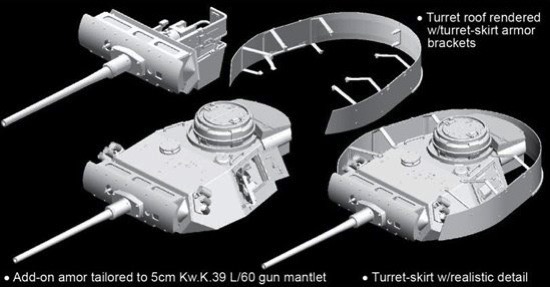 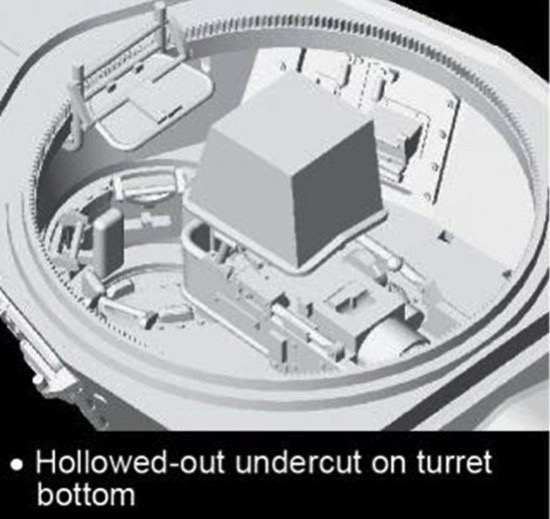 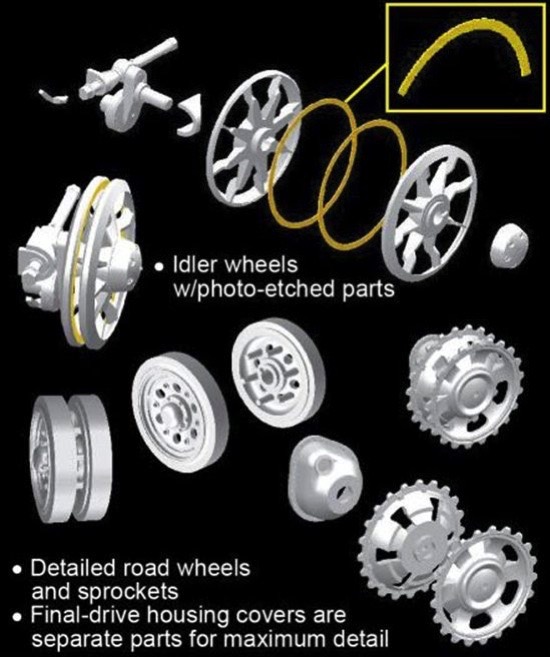 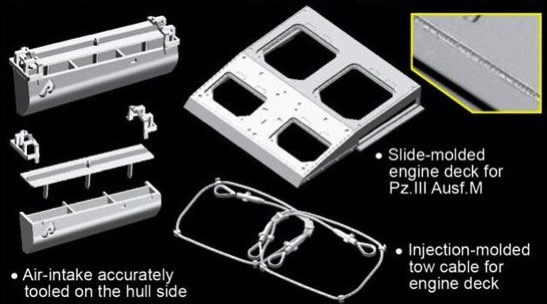 DISCONTINUED This product has been discontinued
and is no longer available.List price: $105.00
You pay: $69.99
(All prices in U.S. Dollars)

The Panzer III Ausf.M succeeded the Ausf.L. It shared the same 5cm KwK39 L/60 main gun and among its modifications was a deep-wading muffler with a series of associated hatch seals that allowed fording of water obstacles up to a depth of 1.3m. To meet popular demand, Dragon has released its newest Panzer III kit - an Ausf.M equipped with Schurzen, which were protective steel plates designed to stymie enemy anti-tank weapons. Furthermore, Dragon's kit depicts a tank participating in the largest-ever tank conflagration, the Battle of Kursk in July 1943, that involved a staggering 8,000 tanks!

The Kursk pedigree of this 1/35 scale tank is immediately obvious in the stunning box-top illustration portraying a Panzer III M of 2.Panzer-Division fighting during this gargantuan battle. Meanwhile, inside the box lie all the necessary and desirable ingredients to create a spectacular Panzer III M from this period. The Schurzen plates are produced in a true-to-scale thickness, and the brackets on which the skirts are mounted are sophisticated and accurate. Offered as a Smart Kit, it is extremely well engineered and the parts separation is cleverly handled by the design team. Markings for vehicles in the Battle of Kursk are available in the form of Cartograf decals, including 2.Pz.Div. That means this kit shares the same divisional markings as the Panzer III Ausf.N (Item No.6474) and Panzer IV Ausf.G (Item No.6594) kits already available. Modelers can thus make a trio of tanks fighting at Kursk!