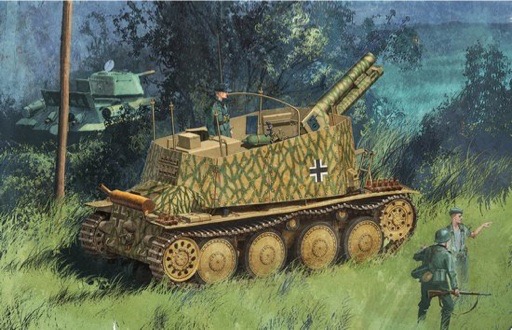 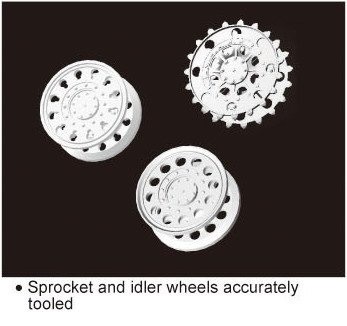 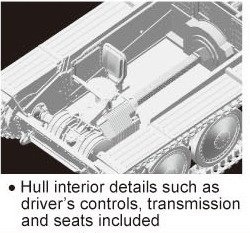 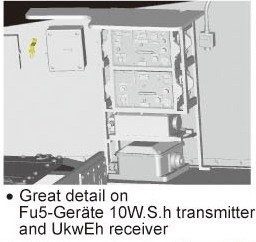 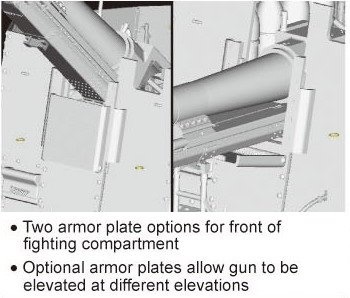 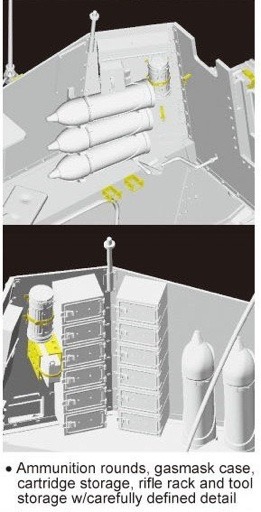 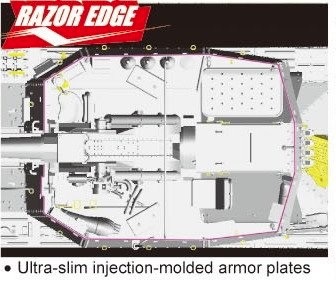 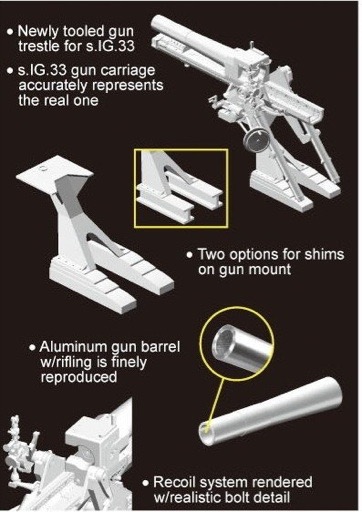 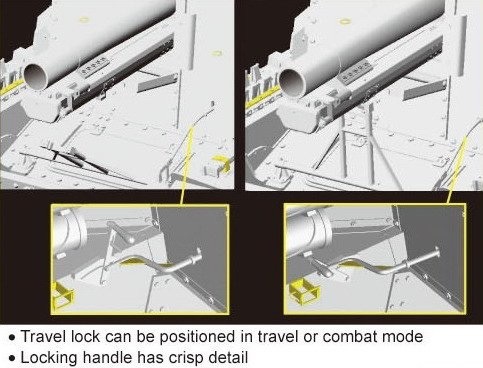 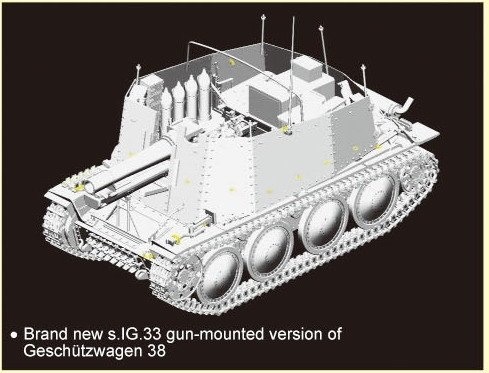 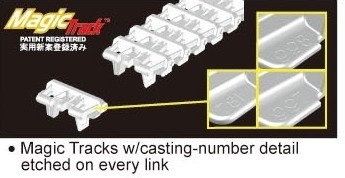 DISCONTINUED This product has been discontinued
and is no longer available.List price: $96.95
You pay: $64.99
(All prices in U.S. Dollars)

Fighting Compartment: Fighting Compartment Interior: s.IG.33/1: Engine Deck, Lower Hull: Wheel & Track: In WWII, self-propelled howitzers were widely employed to devastating effect by Germany, though early designs were merely conversions that merged howitzers with existing tank chassis. One of the more successful solutions was the Sd.Kfz.138/1 Geschutzwagen 38 H fur s.IG. 33/1, also known as the Grille Ausf.H (Grille means "cricket" in German). The BMM factory in Prague was developing a mid-engine Pz.Kpfw.38(t) chassis for use as a dedicated self-propelled gun (eventually named the Grille Ausf.M), but this program met with delays. In the interim it was decided to mount the 15cm s.IG.33 gun on 90 or so existing rear-engine Panzer 38(t) chassis in order to get the weapon into service as soon as possible. The resulting Grille Ausf.H was produced from February to April 1943, and it was widely used in German panzergrenadier regiments until the end of WWII.

Eons ago, Dragon produced a 1/35 scale Grille Ausf.H kit, and while it was popular at the time, technology and levels of quality have moved much further on! The Grille has now been reincarnated, with not a single part from the older Grille being incorporated the second time around. This new Cricket is sure to bowl modelers over with its impressive level of detail. The kit has received a brand new fighting compartment formed from multiple parts so as to deliver maximum detail. The armor plates are recreated to scale thickness thanks to the application of Dragon's "Razor Edge" technique. The s.IG.33 gun has also benefited from a new cradle mounting. Photo-etched parts and Magic Tracks add their own luster to this scale model too. The interior of the fighting compartment is fully furnished with ammo racks, artillery rounds, rifle rack, radio, and so on. Indeed, this new Grille Ausf.H will have armor fans chirping with delight!