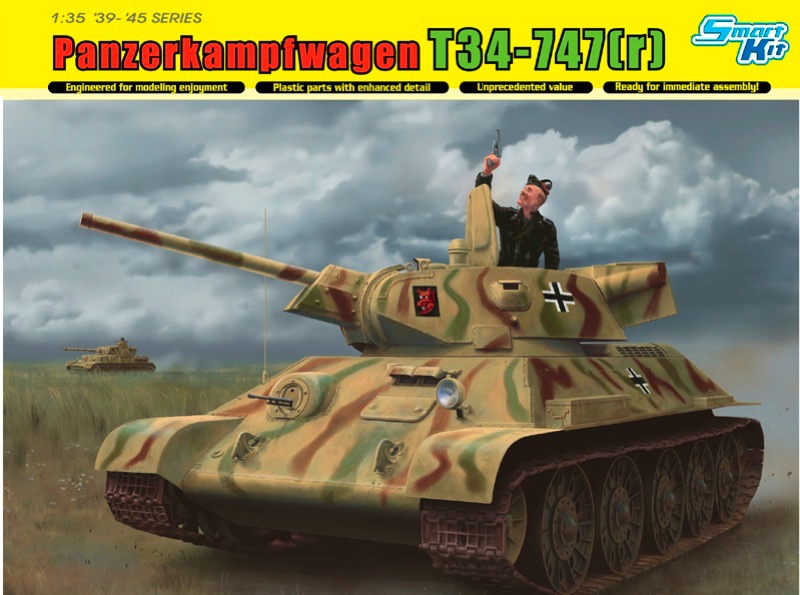 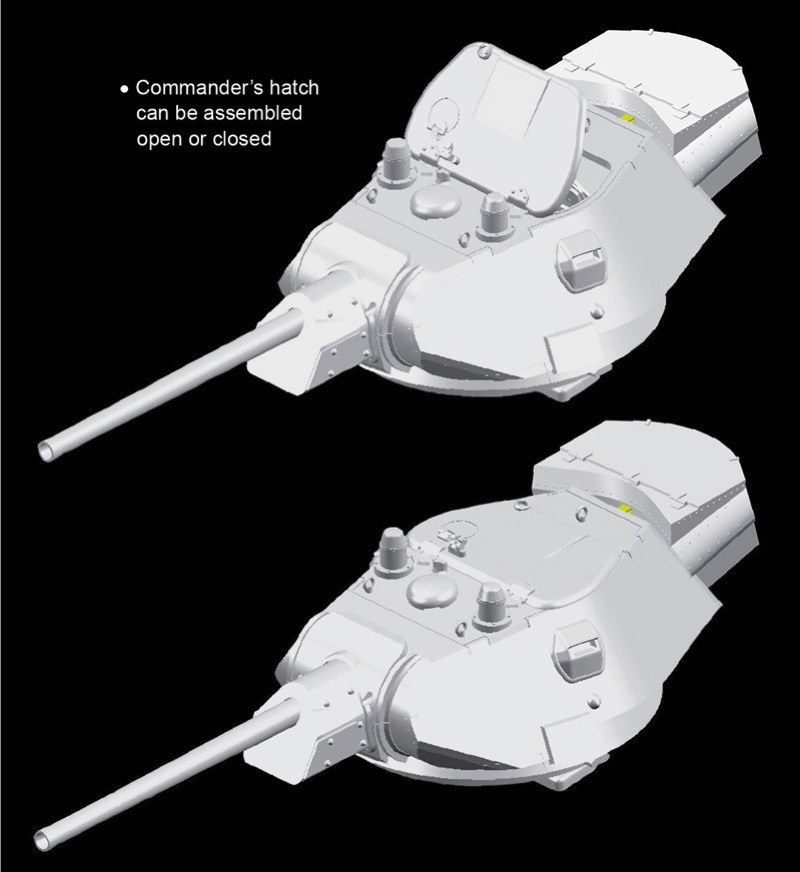 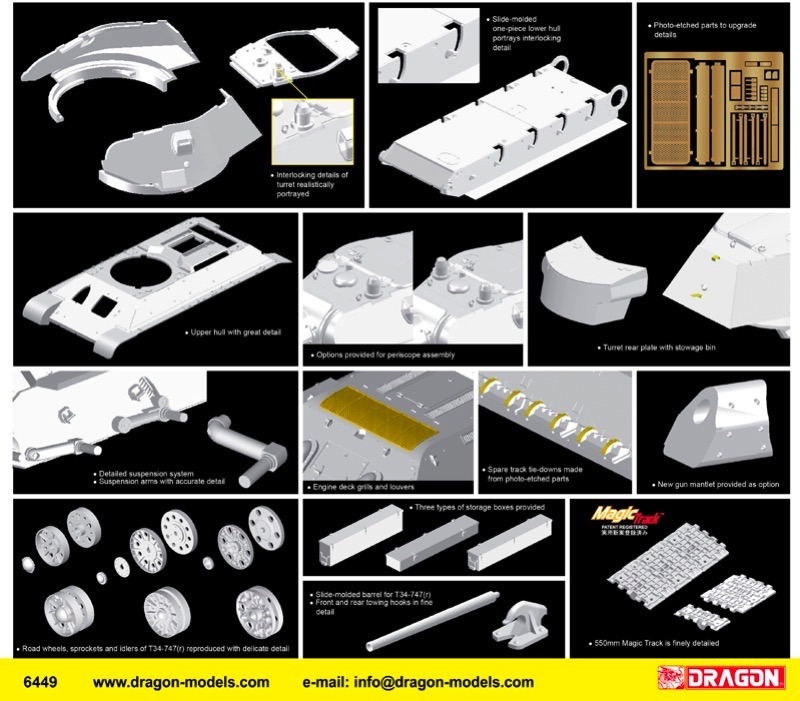 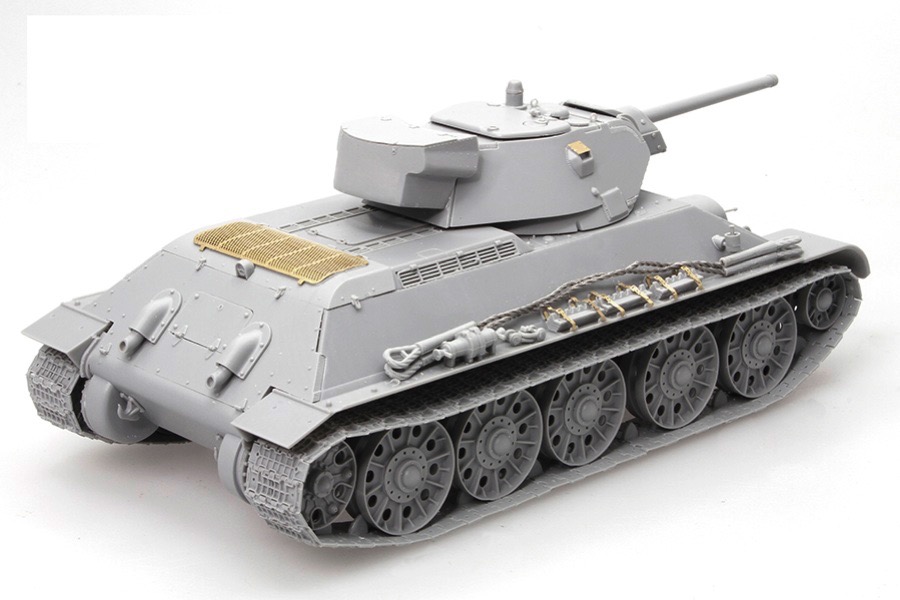 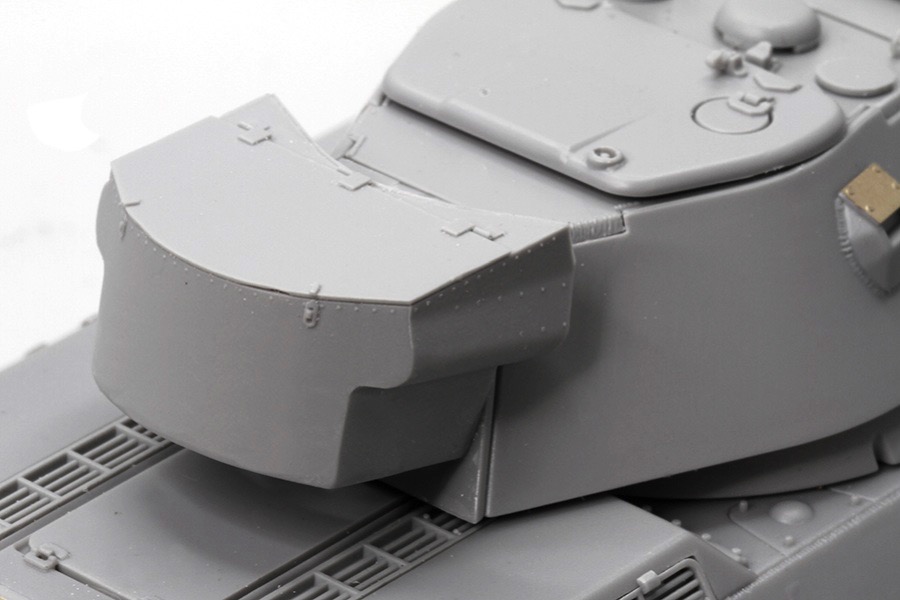 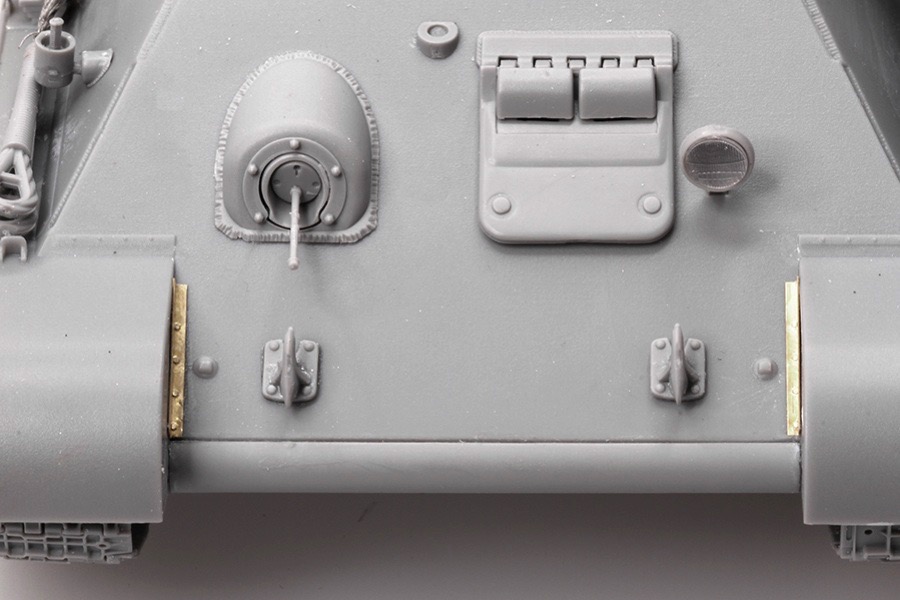 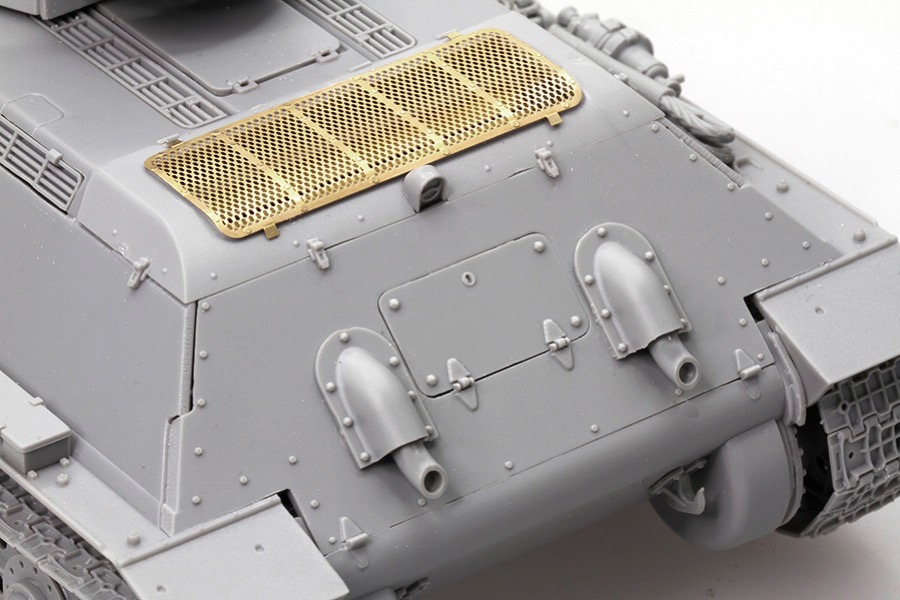 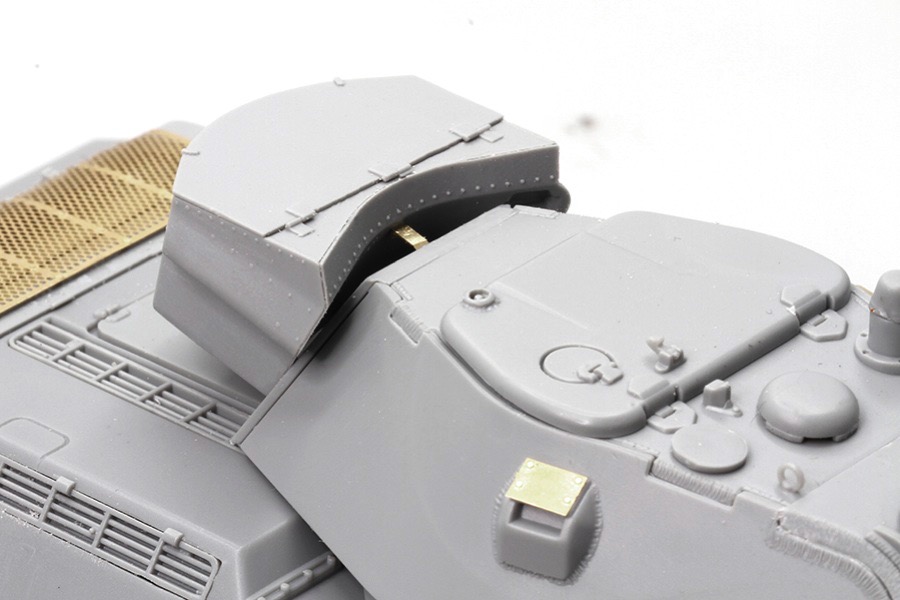 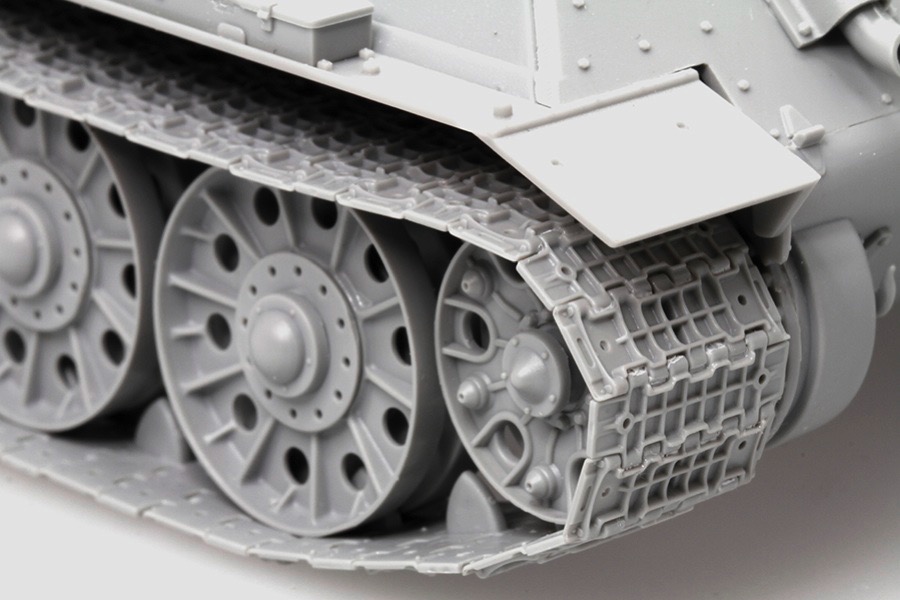 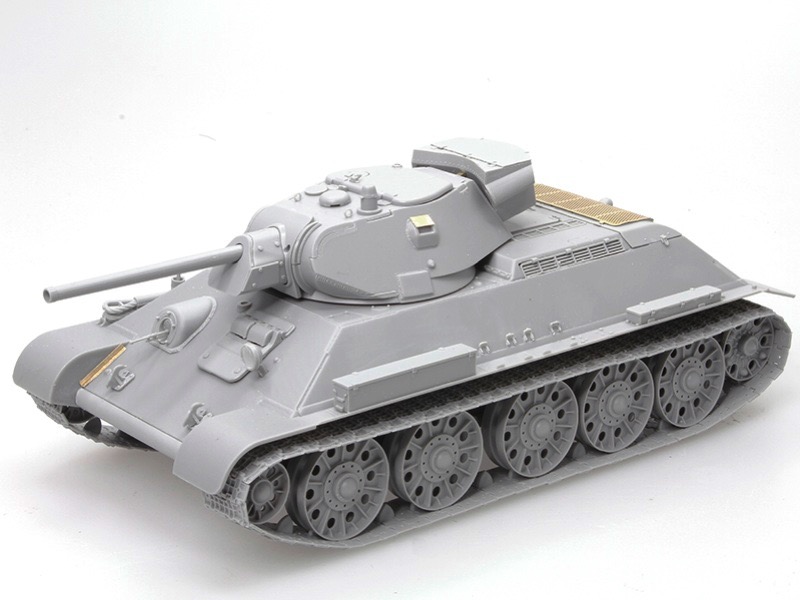 DISCONTINUED This product has been discontinued
and is no longer available.List price: $71.50
You pay: $48.39
(All prices in U.S. Dollars)

The T-34, the mainstay tank of the Red Army during WWII, has been described as the most important weapon to help Russia win the war in the East. In the 1942 time period, the STZ factory in Stalingrad produced T-34 tanks that had such characteristics as steel road wheels, a 'chisel' turret mantlet and interlocking hull plates. The T-34 tank was so respected that the Wehrmacht, desperate for more armored vehicles, even enlisted it into German service where it was known as the Pz.Kpfw.T-34-747(r). Cyber-Hobby's White Box previously released a 1/35 scale kit of such a captured T-34 from the STZ factory, but now Dragon is releasing a face-lifted kit that will be far more accessible to mainstream modelers. One feature of this kit is the inclusion of a genuine German turret bin installed on the turret rear! German crewmen found it necessary to do so because of the limited space available in the two-man turret.

Dragon has done a fine job of replicating in 1/35 scale the characteristics peculiar to this T-34-747(r) STZ Mod.1942 type of tank. Of course, a feature is the aforementioned so-called 'Rommelkist' turret bin. This model is simply bulging with detail, and there are photo-etched parts to represent fine elements. There are numerous slide-molded parts and the tank is shod in Magic Tracks that assemble quickly and easily. To finish it off, the box includes an interesting set of decals from Cartograf, including markings for 5.Panzer-Division, a unit that utilized this Russian tank. Ambitious modelers are now able to assemble a German Russian tank directly from the box!