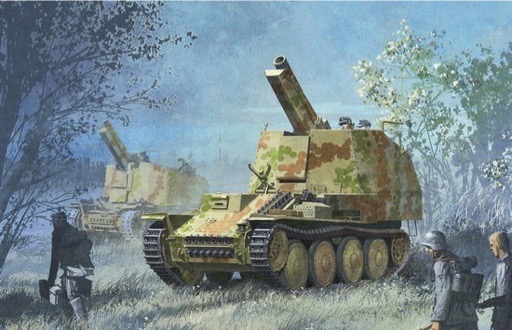 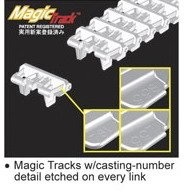 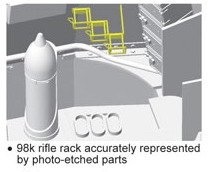 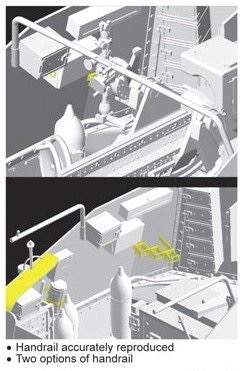 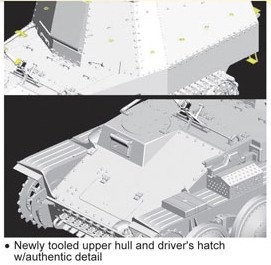 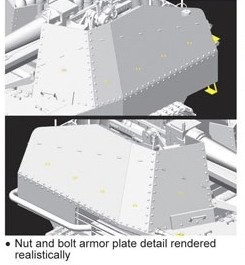 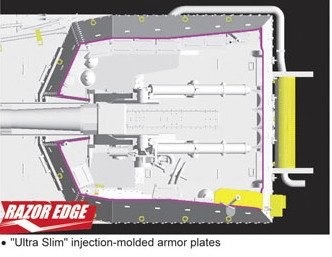 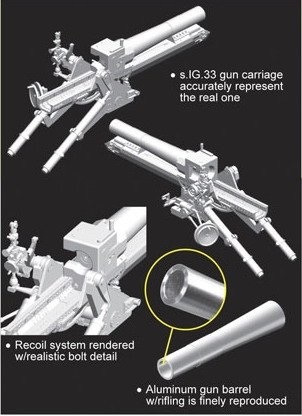 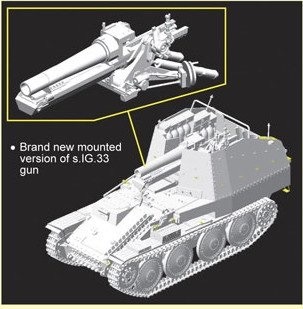 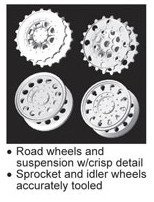 Gun: Fighting Compartment: Lower Hull, Suspension and Wheels: Others: Germany relied heavily on horse-drawn artillery at the outset of WWII, but this was obviously unsatisfactory as far as mobility went. One solution was to mount artillery howitzers on surplus tracked chassis such as the Czech-manufactured Panzer 38(t). In this way the Grille (German for "Cricket") was created, which mounted a 15cm sIG.33 infantry gun. Because of a shortage of the new 38(t) Ausf. M chassis, the first 91 Grilles were based on the older rear-engine Ausf. H chassis. However, Dragon has announced a fine new 1/35 scale kit of the more common Ausf. M version of the Sd.Kfz. 138/1 Grille. This design featured a mid-engine layout, which allowed the 15cm schweres Infanteriegeschutz 33 gun to be mounted further back on the hull. A total of 282 were produced in 1943.

Dragon's superlative kit features a newly tooled s.IG.33/2 gun, which is based on intensive research conducted on actual weapons. The gun is fully detailed, including the carriage, while the rifling grooves inside the aluminum gun barrel have a realistically reproduced twist. Another exciting feature is Dragon's "Razor Edge" molding technology that replicates the original vehicles' armor plates with ultra-thin precision in 1/35 scale. All the interior detail of the open-topped fighting compartment is also faithfully rendered. Widespread use is made of multimedia materials such as photo-etched metal to give the highest degree of finesse. This exciting new artillery model from Dragon should receive a barrage of applause from fans of German artillery pieces!