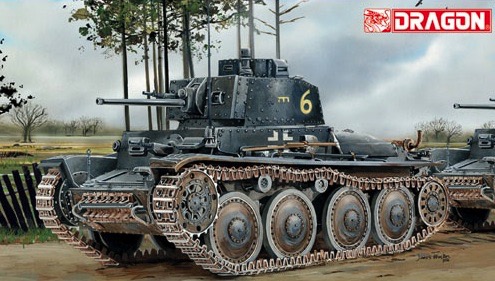 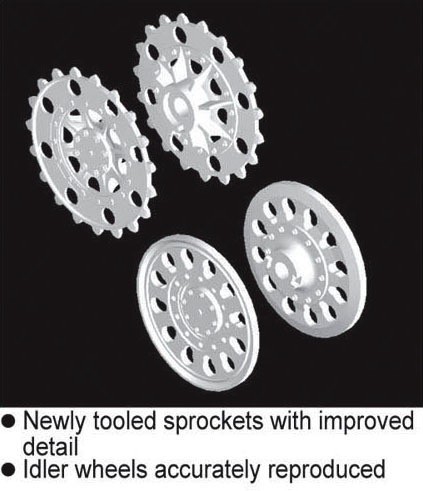 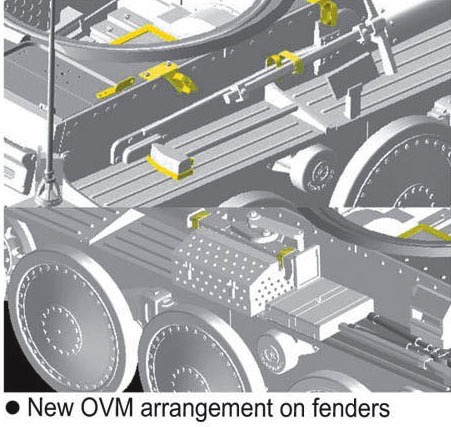 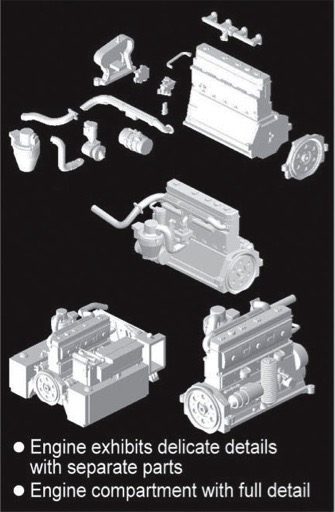 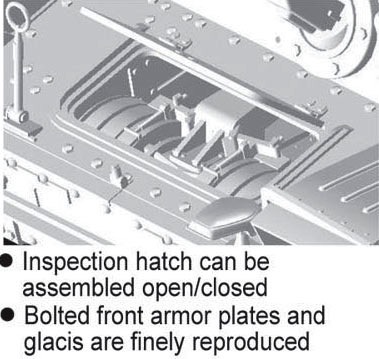 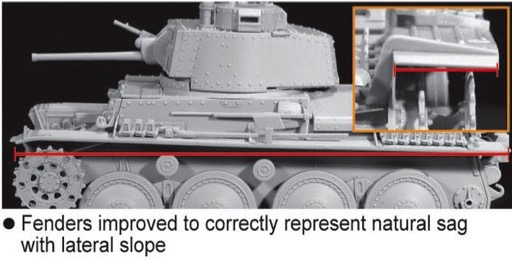 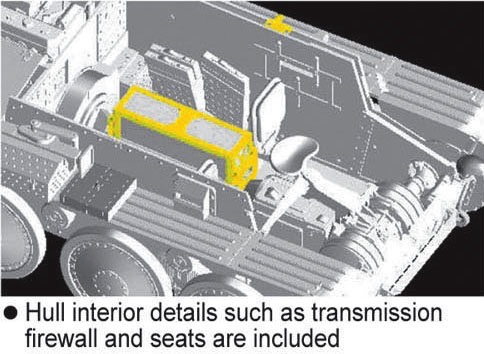 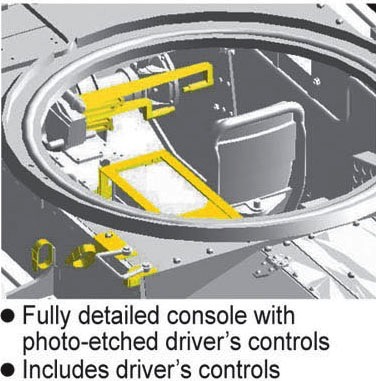 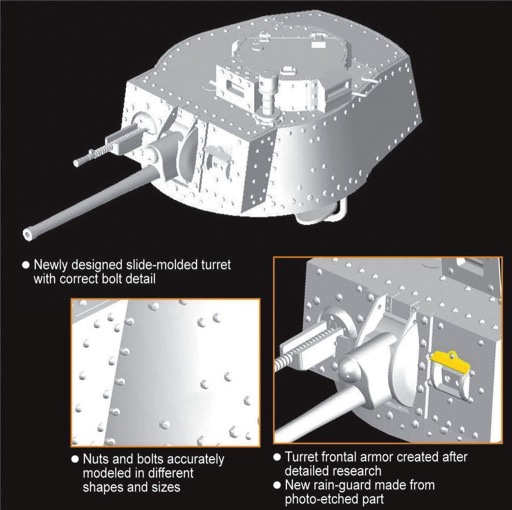 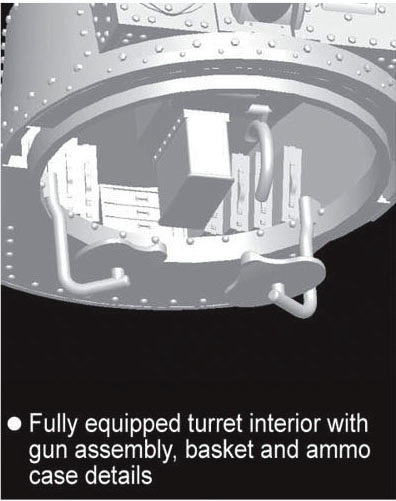 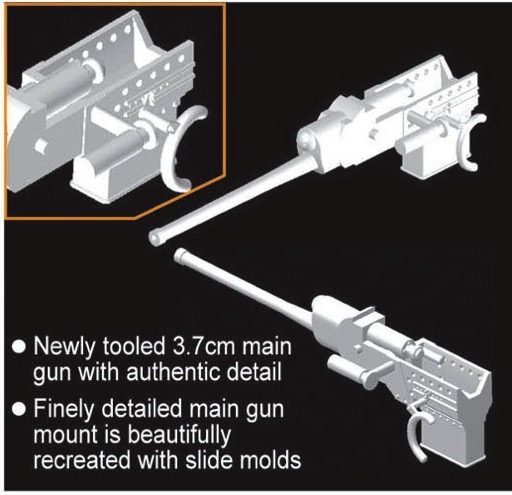 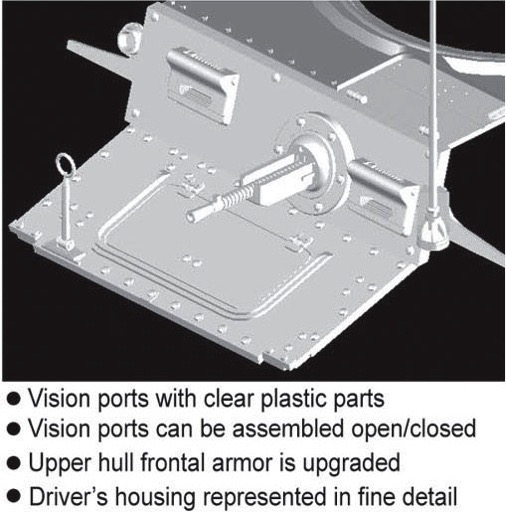 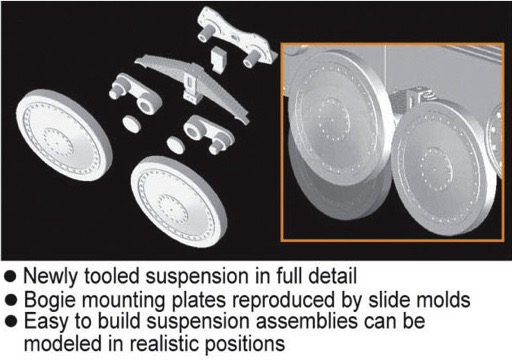 About the Pz.Kpfw. 38(t)
The Pz.Kpfw. 38(t) was a light tank manufactured in Czechoslovakia, and which continued in production after Germany annexed that nation. The final version of the Pz.Kpfw. 38(t) was the Ausf.G, which featured heavier armor up to 50mm thick on its frontal surfaces. Construction of the Ausf.G also utilized more welding, with a total of 321 tanks produced between October 1941 and June 1942. After this time production switched to hulls for self-propelled antitank guns. Most of these tanks served with the German army in Russia, though some also entered service with allies like Hungary, Rumania and Slovakia.

Dragon has launched a most impressive 1/35 scale kit of this Ausf.G variant. The most important feature is the inclusion of a full interior in both the fighting and engine compartments. The complete engine is fully detailed, accurately formed from multiple parts. Using advanced slide molds, the remarkable one-piece hull has full detail on both inner and outer surfaces. This kit is perfect for those modelers wishing to open the hatches or engine bay to display the amazing interior detail. This Dragon kit also provides a brand new upper hull and turret. Other parts (such as drive sprockets and suspension) that are common to the previously released Marder III Ausf.H kit have also been retooled or modified. Adding that extra touch of finesse is a large fret of photo-etched parts. The Pz.Kpfw. 38(t) Ausf.G is a stunning kit in its own right, but the full interior makes it irresistible!