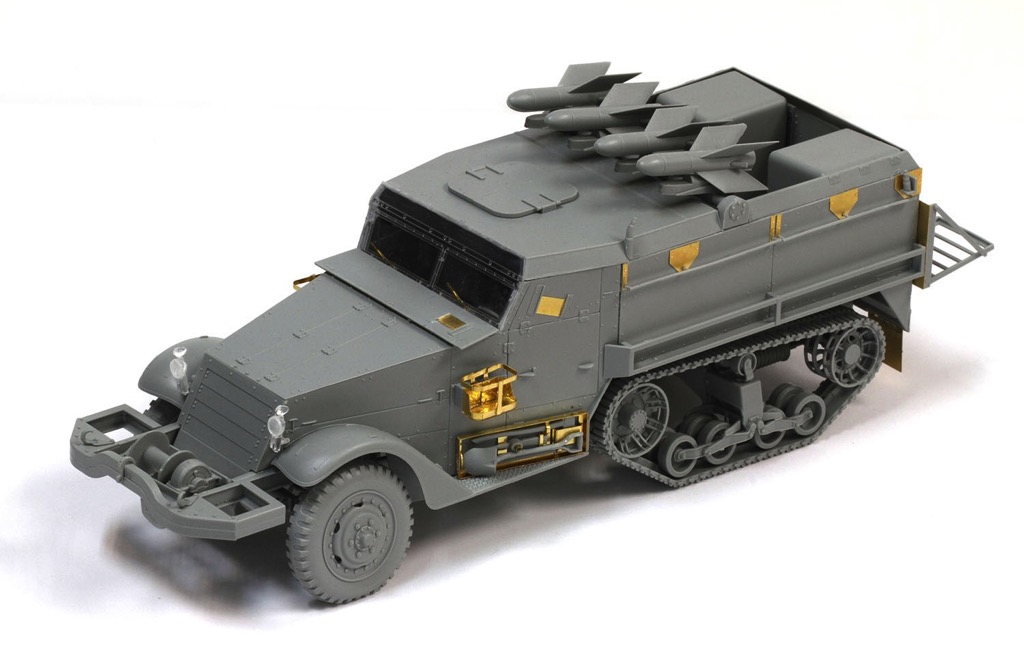 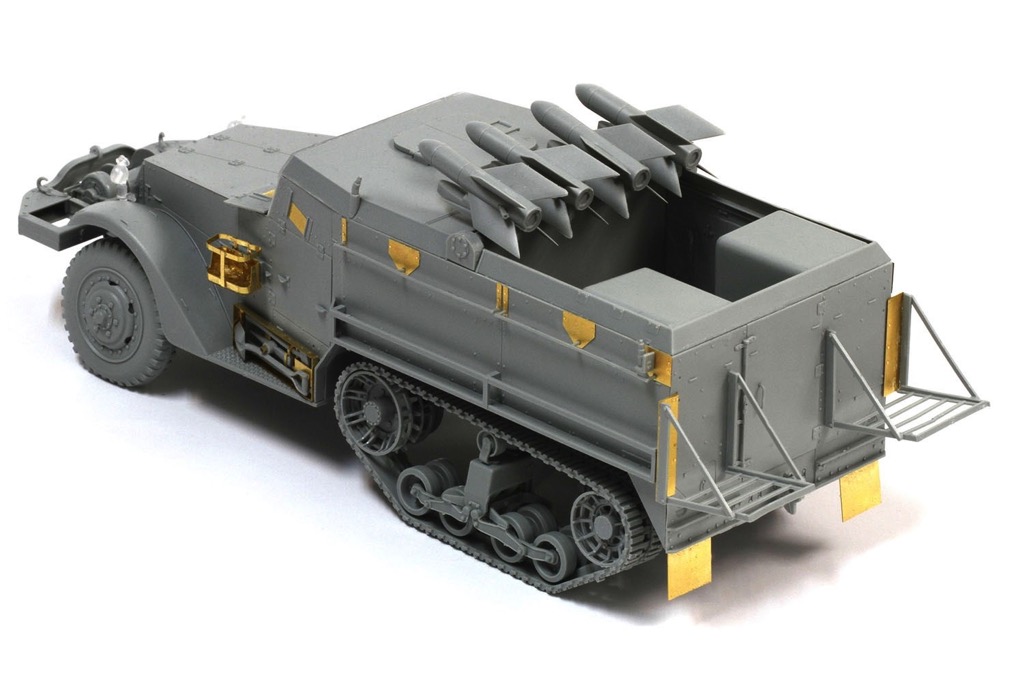 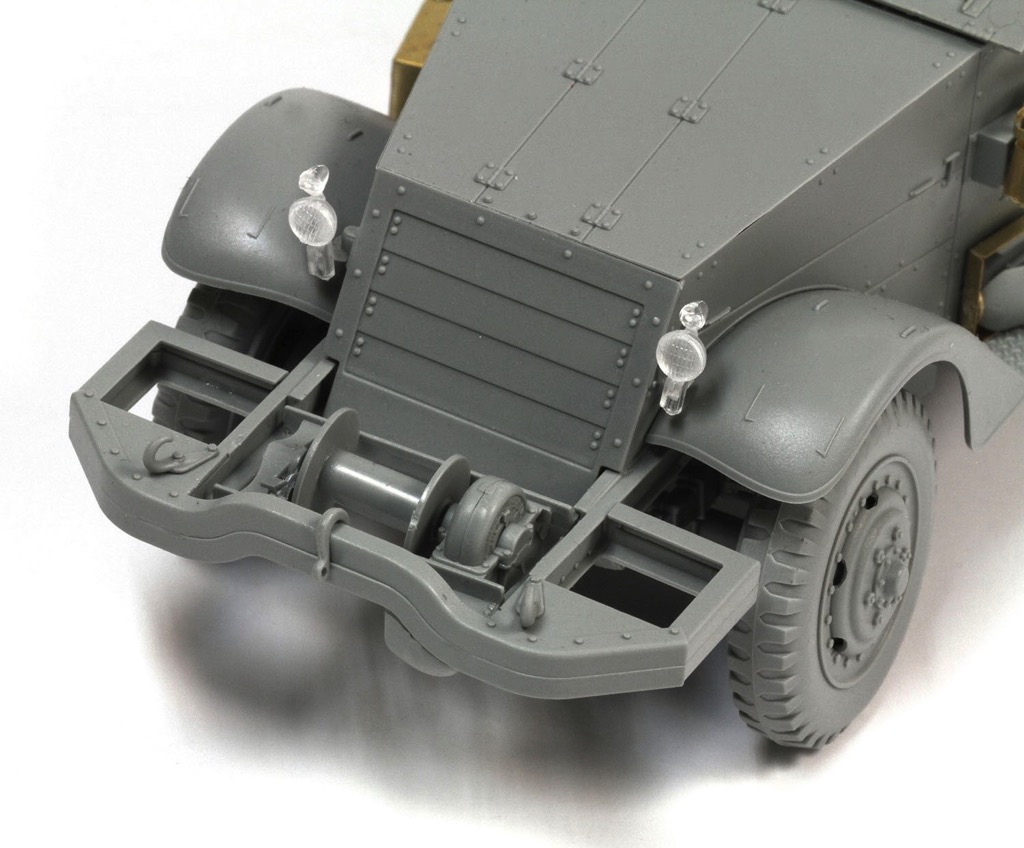 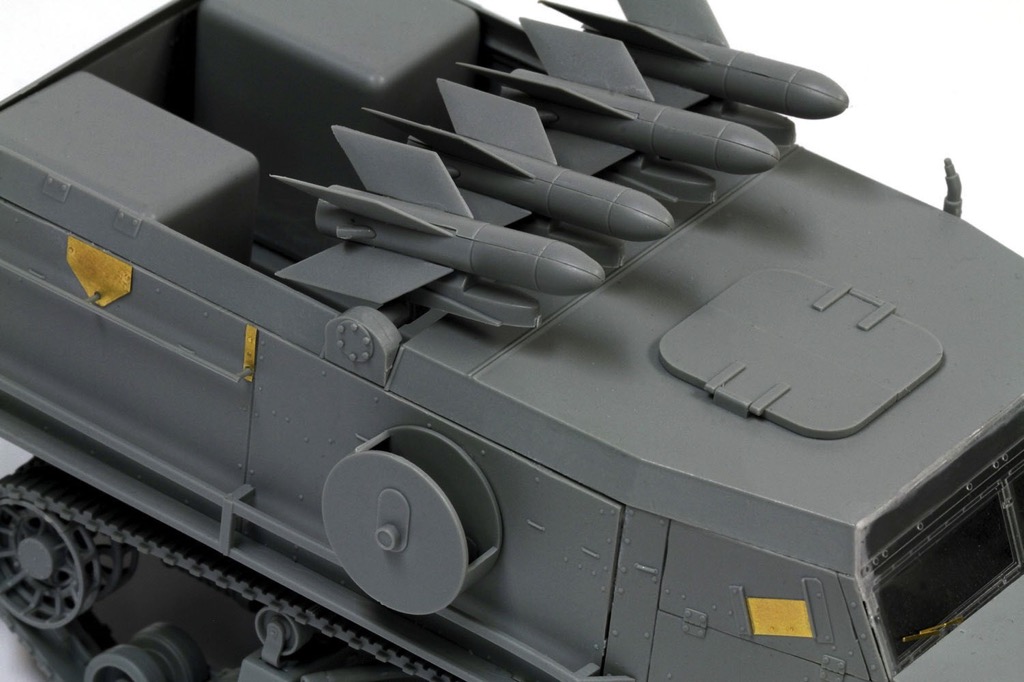 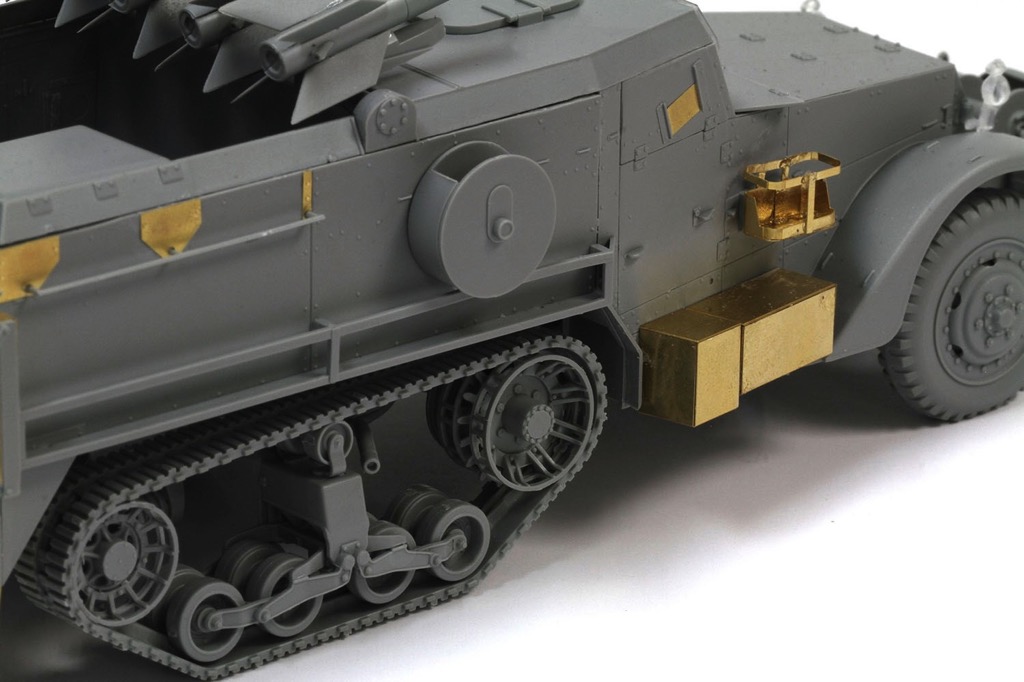 Dragon, in its Six-Day War series, has already produced a 1/35 scale kit of an Israel Defense Forces (IDF) version of an M3 halftrack, and now another interesting variant is available for modelers. The new kit features an M3 boasting Nord Aviation SS.11 wire-guided antitank guided missiles (ATGM), which was done to beef up the offensive capability of IDF halftracks. The SS.11 missile was steered to a line-of-sight target by the operator via thrust vectoring control. The 30kg missile had a maximum range of 3,000m. Associated modifications to the halftrack included fitting an armored roof, a full-width launch rail in the mid-section, and storage boxes in the rear for spare missiles.

Dragon's recently released M3 halftrack has been suitably modified to create this 1/35 scale Israeli M3 antitank missile carrier. The most obvious difference is the bank of four SS.11 ATGMs mounted atop the vehicle. The fighting compartment has been modified to incorporate a firewall between the cab and rear compartment, and two large storage boxes are installed in the rear. A roof hatch can be depicted open or closed. There is also a plentiful supply of photo-etched parts in the kit to portray metal components and tool brackets. As part of Dragon's growing Six-Day War collection, this is a tremendous-looking vehicle that takes the M3 halftrack to new and lethal places!