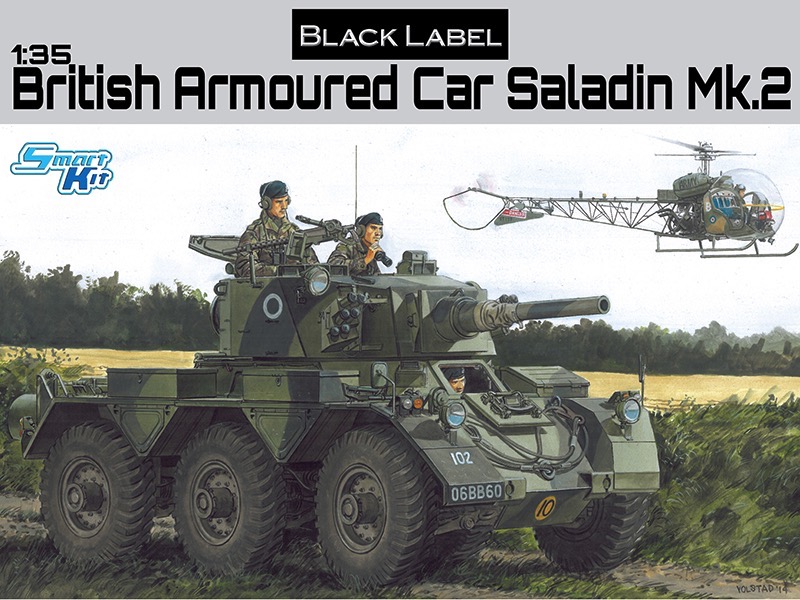 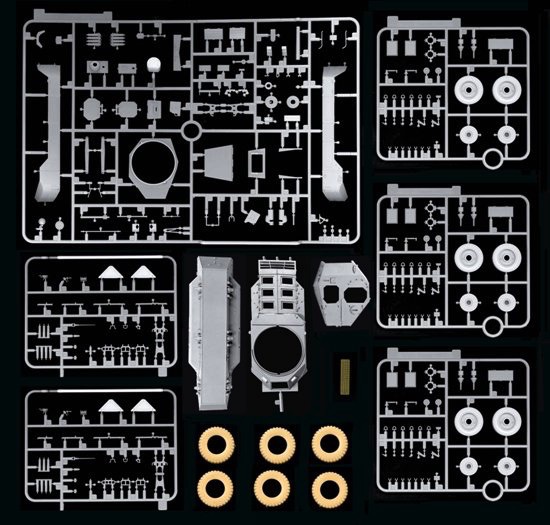 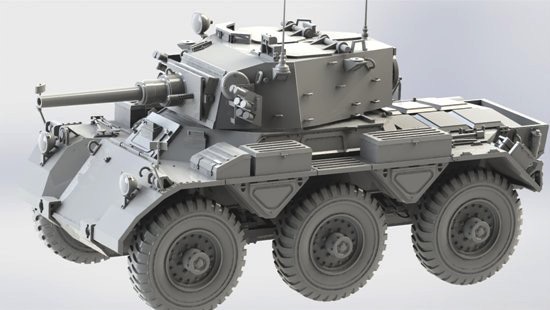 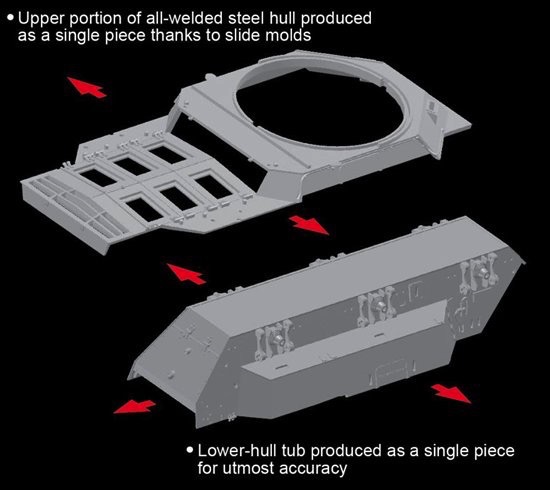 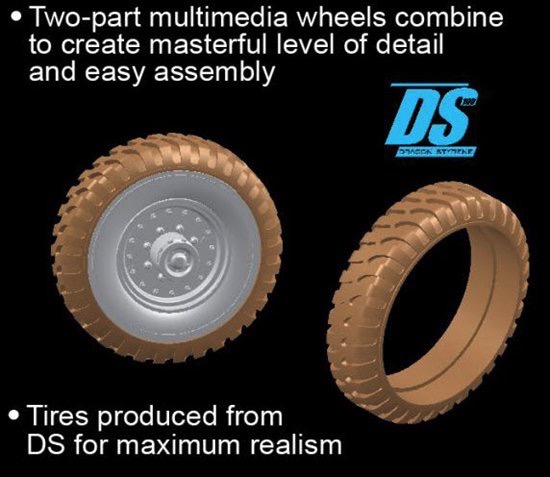 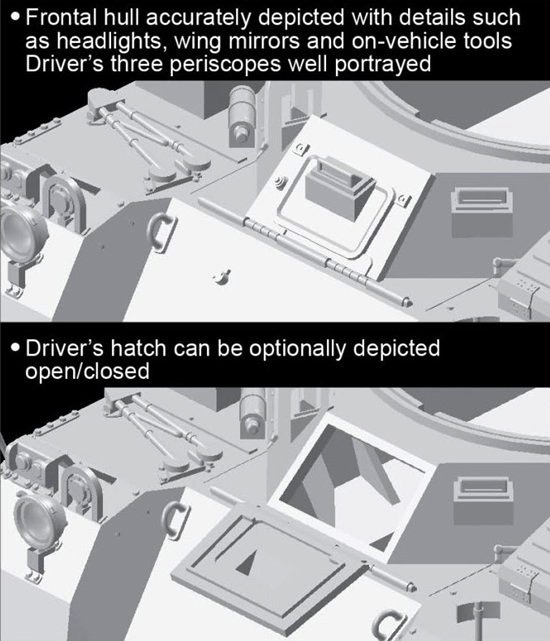 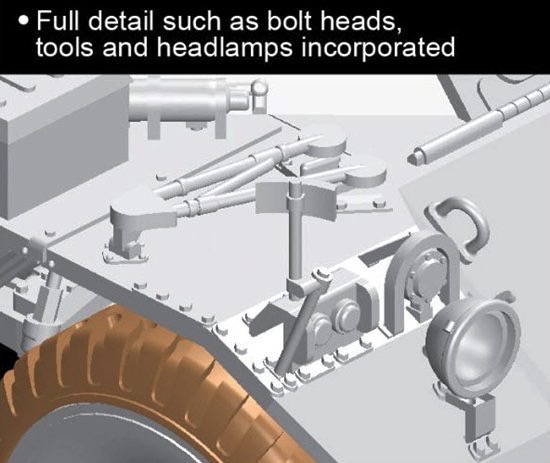 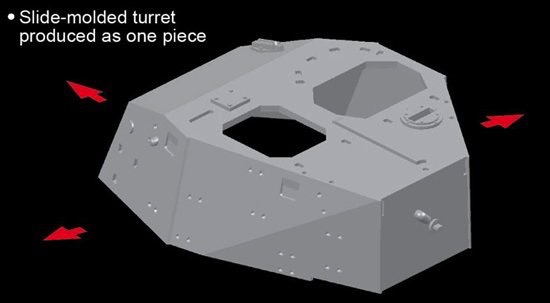 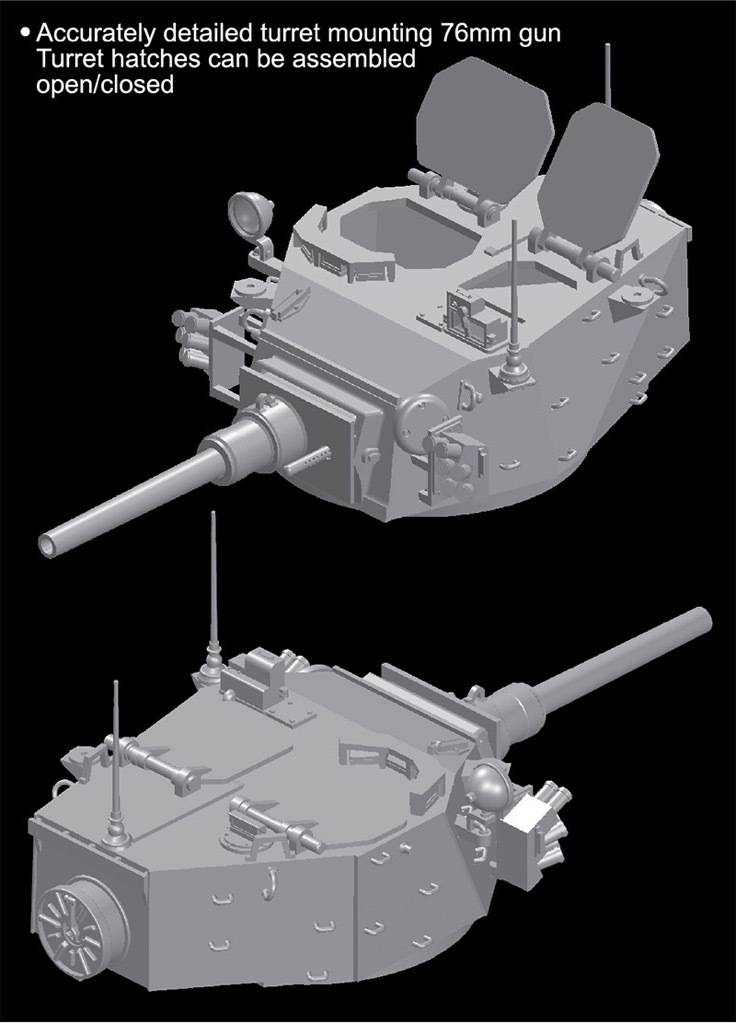 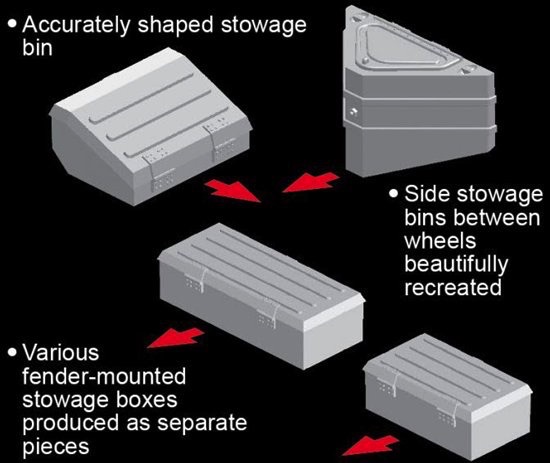 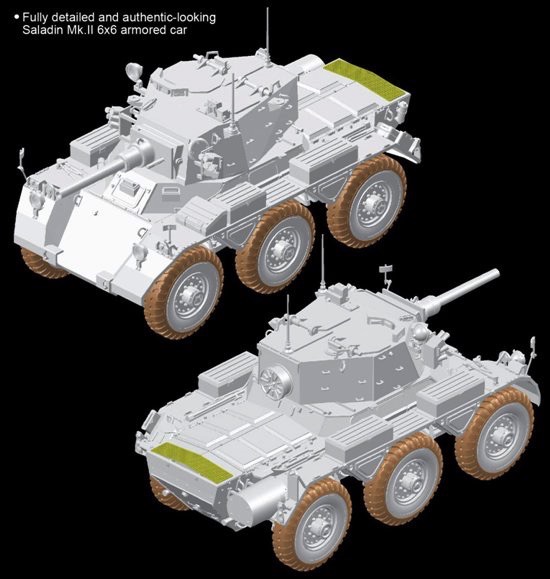 The Black Label collection from Dragon already offers a tantalizing range of novel model kits. The latest item is another subject designed to titillate - a 1/35 scale replica of the Alvis Saladin Mk.II FV601(C) armored car. Bearing similarities with the Saracen armored personnel carrier, this 6x6 armored vehicle was widely used by the British Army from 1958 onwards, as well as by many other militaries. Production ended in 1972, by which time 1,177 examples had been manufactured. The 11.6-tonne Saladin featured a turret mounting a 76mm L5A1 gun and a coaxial M1919A4 machine gun, and it was operated by a crew of three. A Rolls-Royce B80 Mk.6A engine powered the vehicle to a top speed of 72km/h. Saladins were widely used in Oman during the Dhofar conflict rom 1972-76, as well as in Cyprus (1970s), the defense of Kuwait (1990) and the Sri Lankan Civil War. In British service the Saladin was eventually replaced by the Scorpion CVR(T).

As to be expected for such an innovative subject, the 1/35 scale Black Label kits employs brand~NEW TOOLING~. The distinctive form of the Saladin's armored hull is accurately replicated. Full treatment is also given to the chassis and to the many components that are all but invisible when the vehicle is upright. Thus, the upper and lower links of the suspension, plus the longitudinal torsion bar system, are all beautifully recreated in miniature. For fans of British Army armored vehicles, this Saladin Mk.II is an exciting release. Furthermore, the vehicle was used so widely by numerous other countries that many other mouthwatering modeling opportunities present themselves.