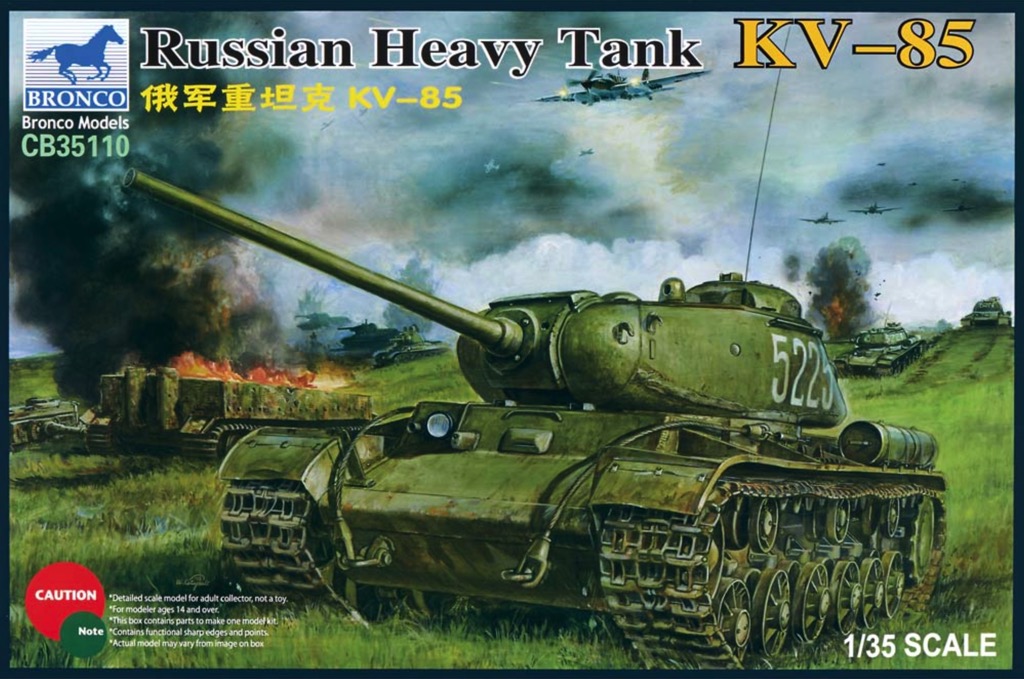 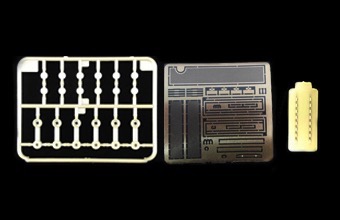 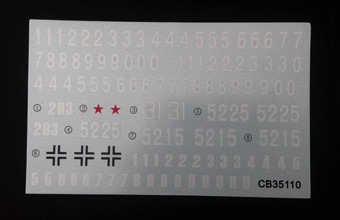 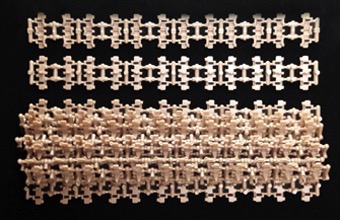 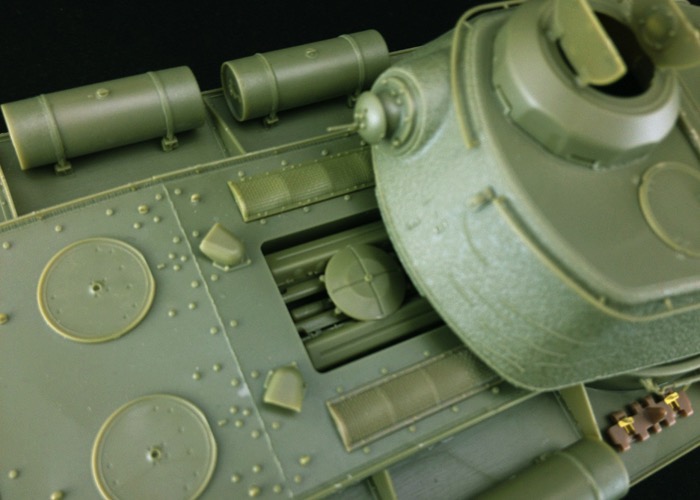 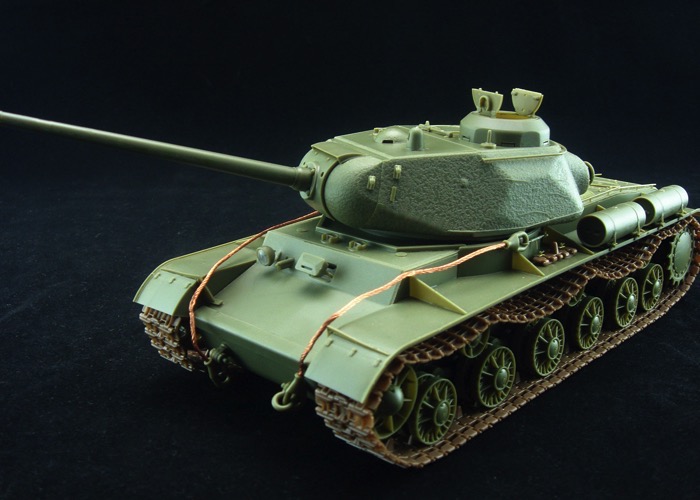 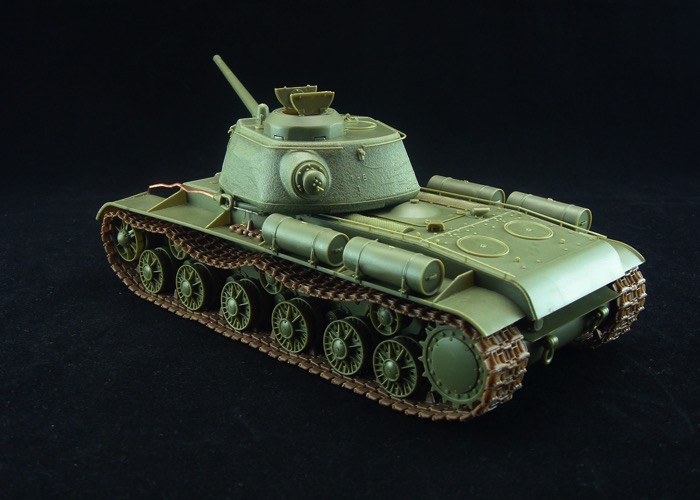 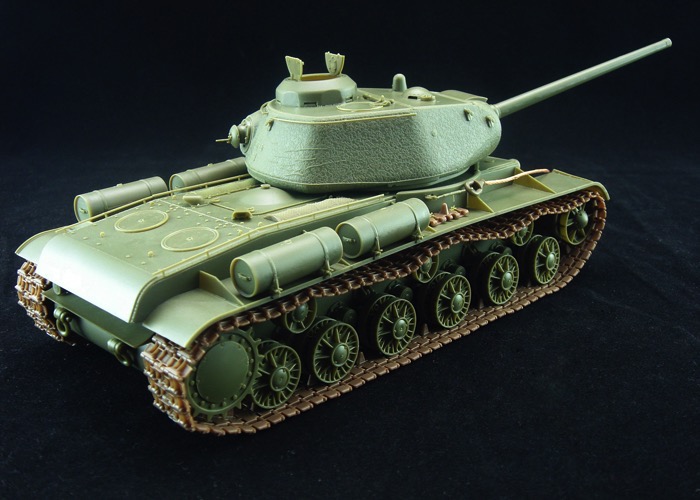 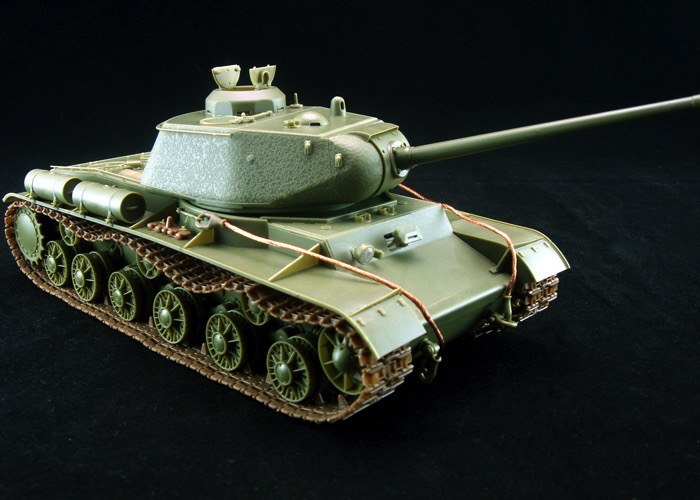 DISCONTINUED This product has been discontinued
and is no longer available.List price: $73.00
You pay: $54.79
(All prices in U.S. Dollars)

Features: In the late 1930's the Red Army was looking for a new heavy tank to complement the T-34 Medium Tank. The best pilot tank to emerge was a single turret variant of the SMK, which was named after Peoples Defense Commissioner, Kliment Voroshilov. The KV-1 was an outstanding design, and proved far superior to its German opponents in the battles of 1941-42. However by 1943 its 76mm gun was no match for the German Tiger and Panther. The final model of the KV series was the KV-85, which was based on the lighter KV-1C hull but had a new turret mounting the 85mm D-5T gun, similar to that carried in the SU-85 Tank Destroyer and T-34/85. Production of the KV-85 was from September 1943 to March 1944, but production was slow due to a shortage of the D-5T gun. Only 148 tanks were completed before being replaced by the IS-85 with redesigned hull. The IS was named after Iosef Stalin, as by 1943 Kliment Voroshilov had fallen from favor. However the IS was a progression of the KV series and not a new design.