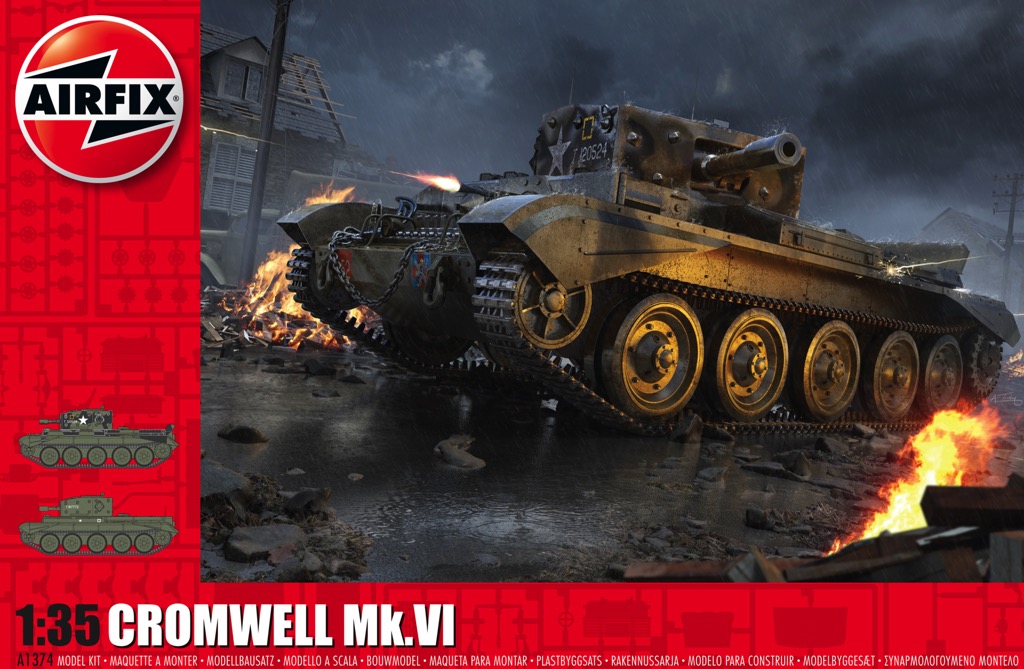 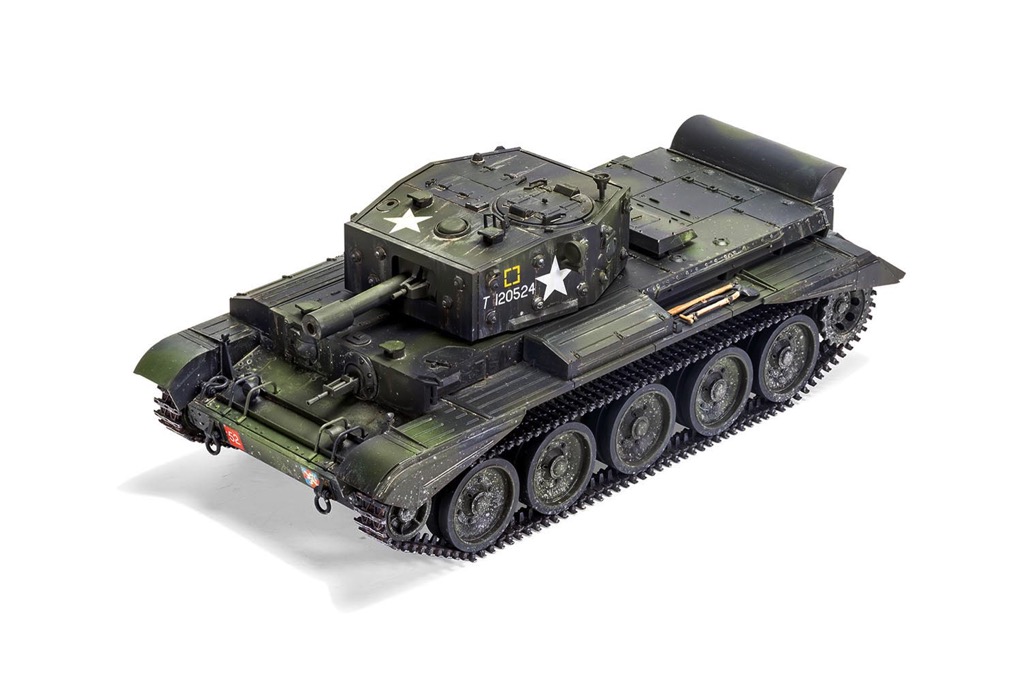 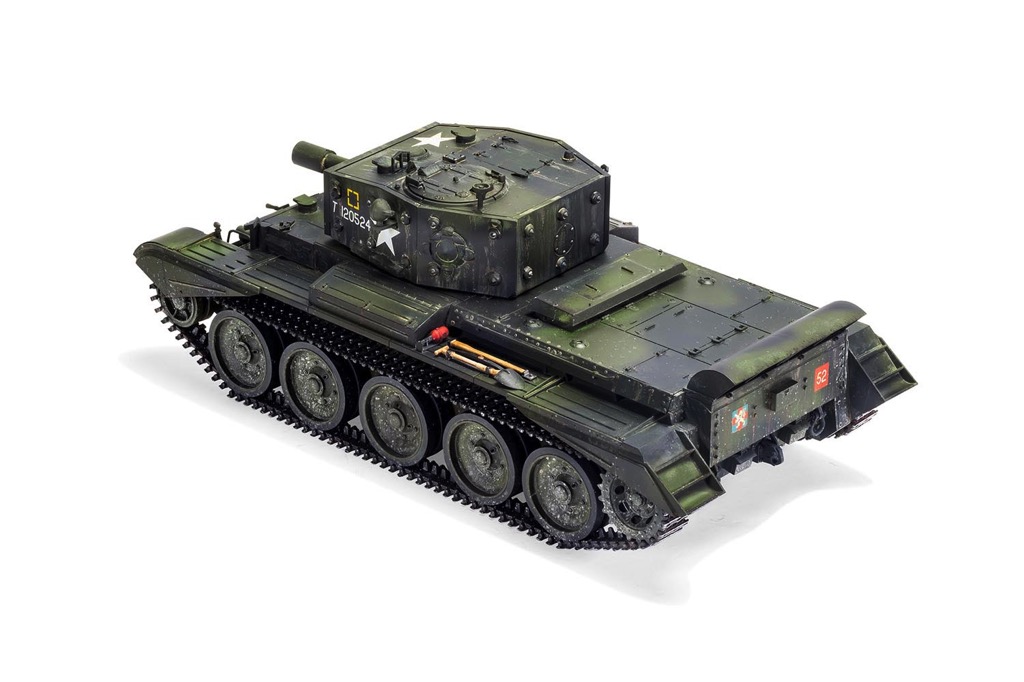 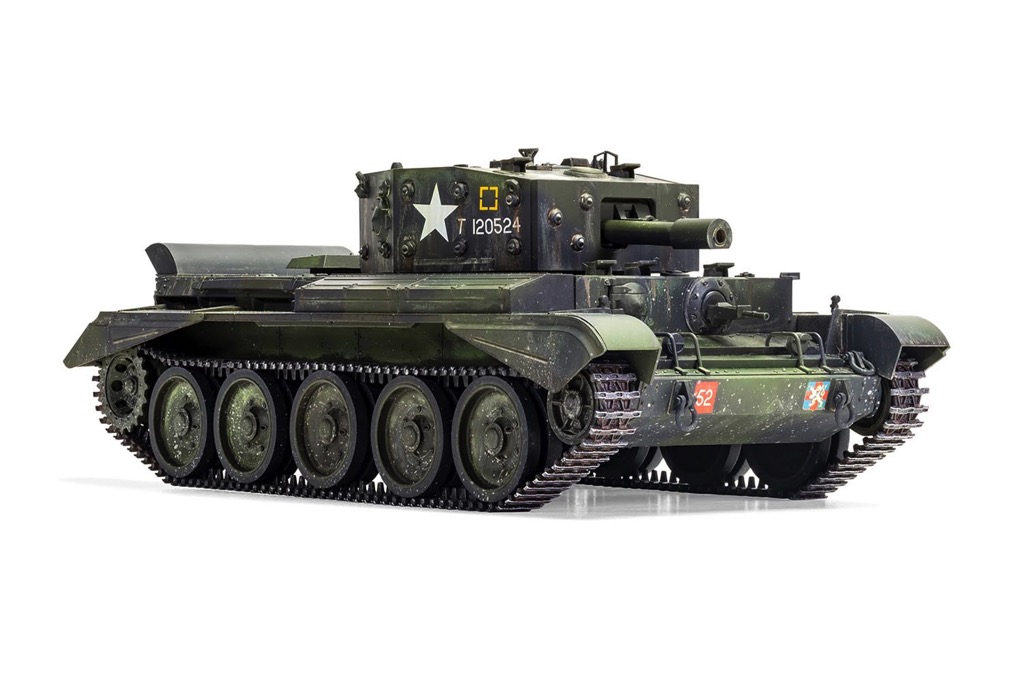 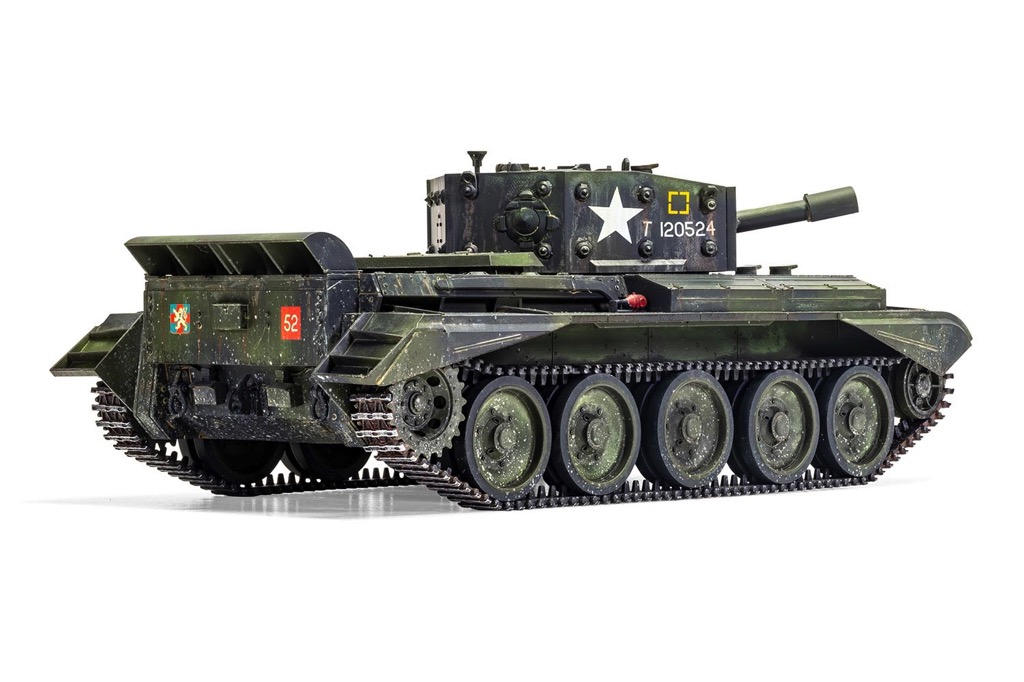 Markings for: Even though the new British A27M Cromwell Tank would not make its combat introduction until the Allied invasion of Normandy in June 1944, the speed and mobility of this excellent new tank would soon earn it an enviable reputation amongst Allied troops, who came to rely on the support they provided. The majority of Cromwell Tanks were armed with the standard 75mm ROQF gun, however, the less numerous Mk.VI variant would provide specialist infantry close support with its 95mm Howitzer and were consequently never too far away from the action. Firing a high explosive hollow charge shell, the tank was used to overcome fortified positions, such as concrete bunkers and pillboxes which stood in the way of the infantries advance and could even lay smoke-screens if required. With its distinctively short barrel, the Mk.VI also featured a large counterweight on its main armament, which was necessary in helping to balance the gun. Approximately 340 of these specialist tanks were eventually produced, which would prove to be extremely effective as Allied ground units pushed German forces back towards their homeland. Despite their impressive speed, the Cromwells were no match for the firepower of the German heavy tanks and would have to rely on speed and stealth for their battlefield survival.