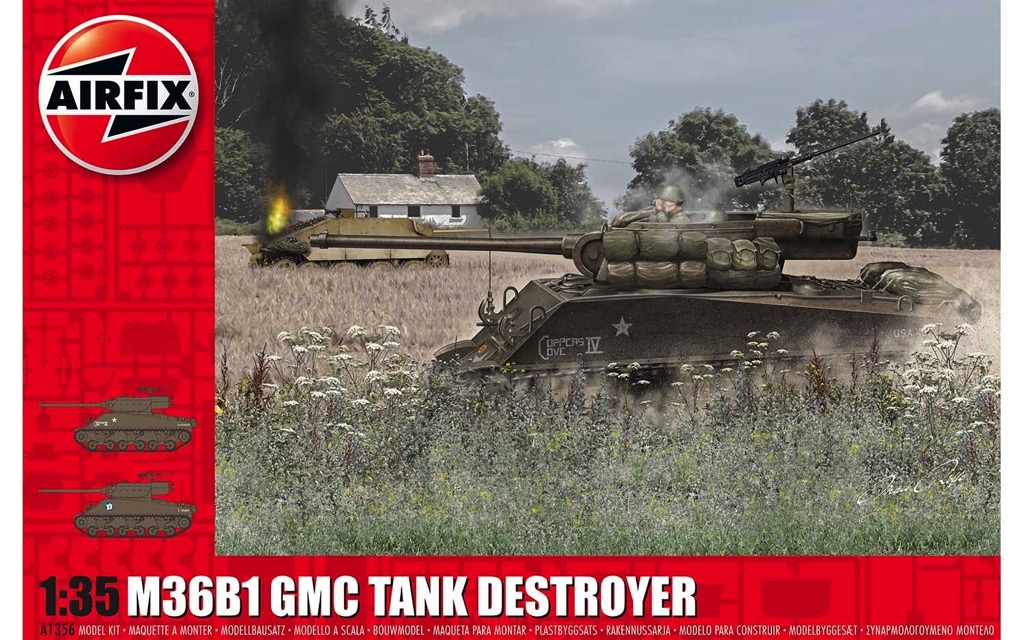 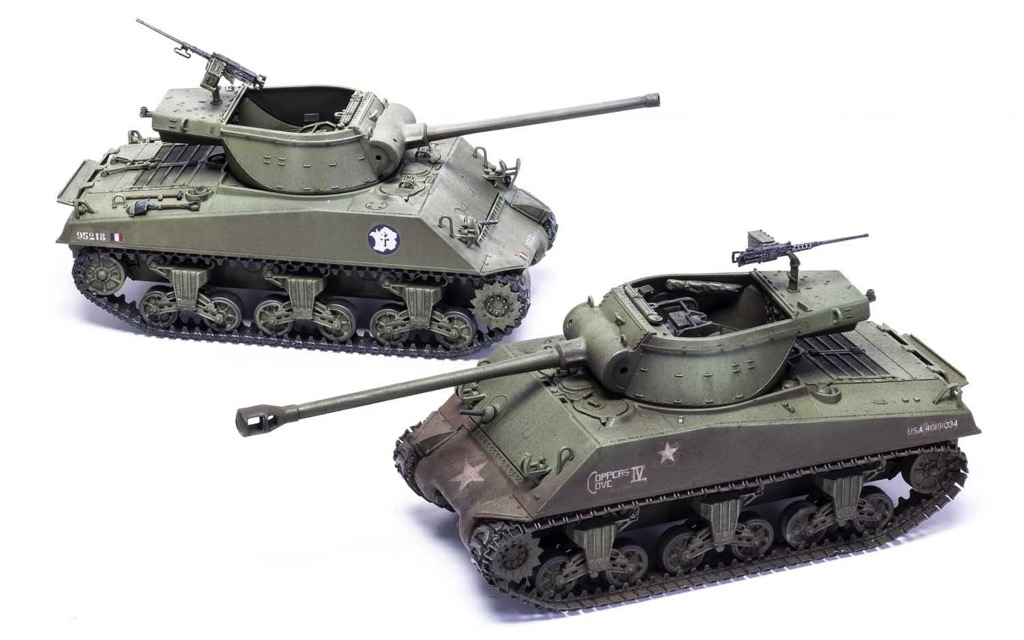 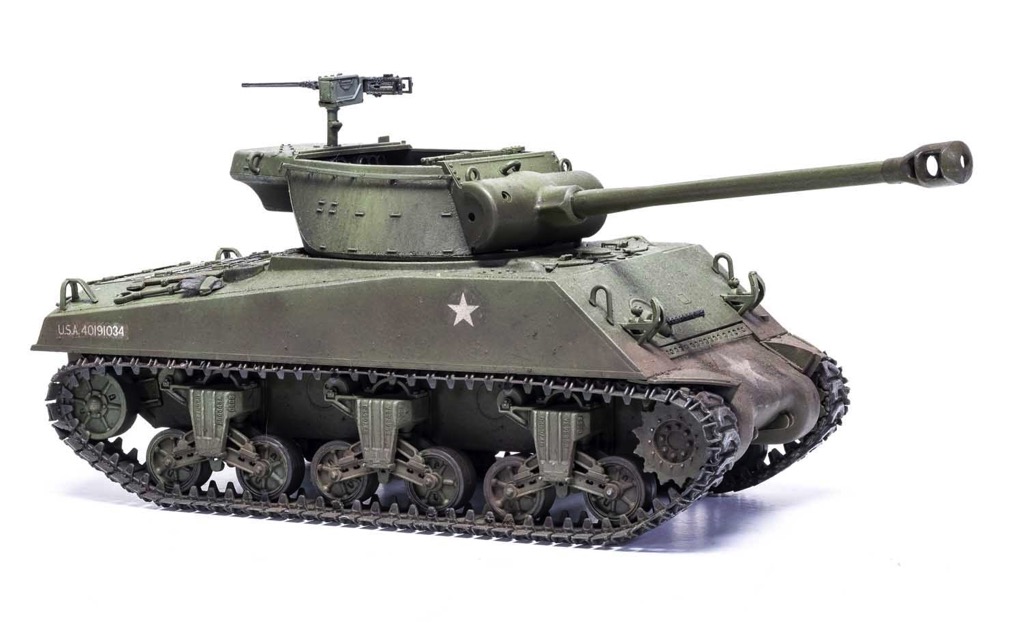 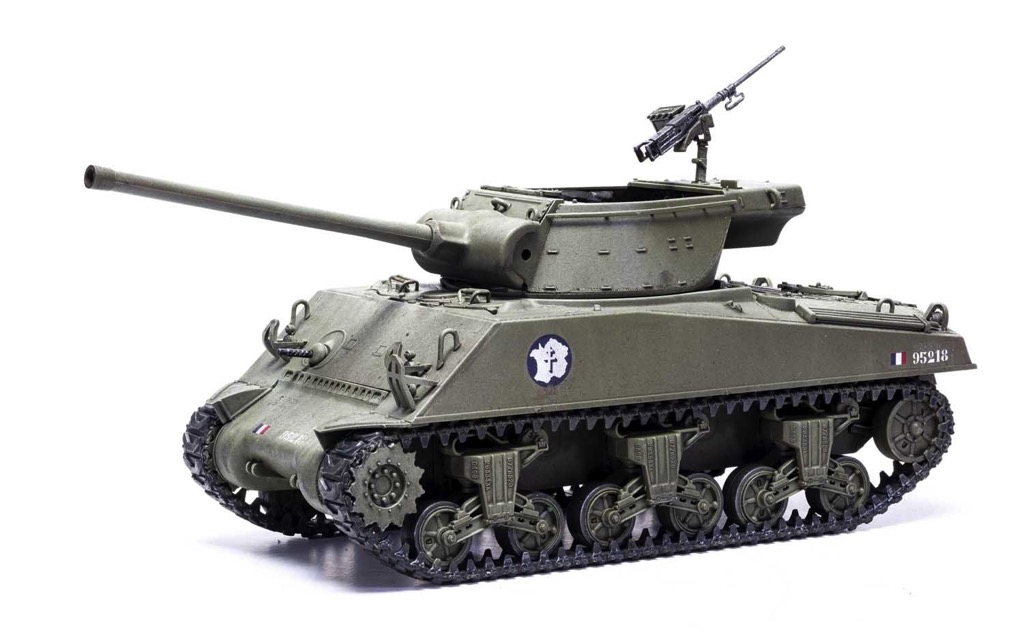 The M36 tank destroyer, formally 90 mm Gun Motor Carriage, M36, was an American tank destroyer used during World War II. The M36 combined the hull of the M10 tank destroyer, which used the M4 Sherman's reliable chassis and drivetrain, combined with sloped armour. Conceived in 1943, the M36 first served in combat in Europe in October 1944, where it partially replaced the M10 tank destroyer. However when coming up against the heaviest tanks of the Wermarcht at the end of that year, the need for 90 mm gunned tank destroyers became urgent and during October-December 1944, 187 conversions of standard Medium Tank M4A3 hulls were produced by Grand Blanc Arsenal. These vehicles, designated M36B1, were rushed to the European Theater of Operations and used in combat alongside standard M36s.