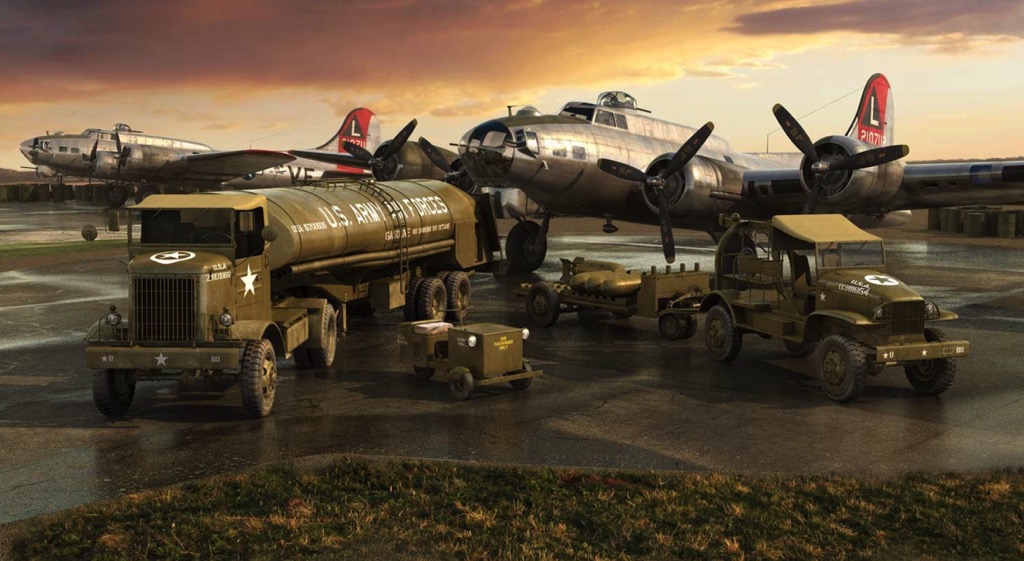 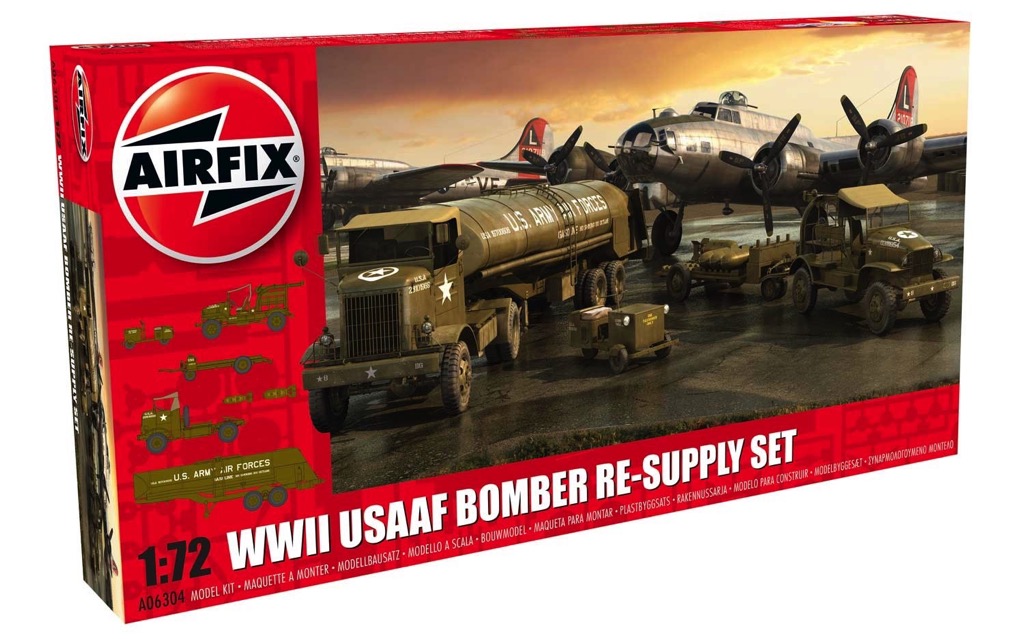 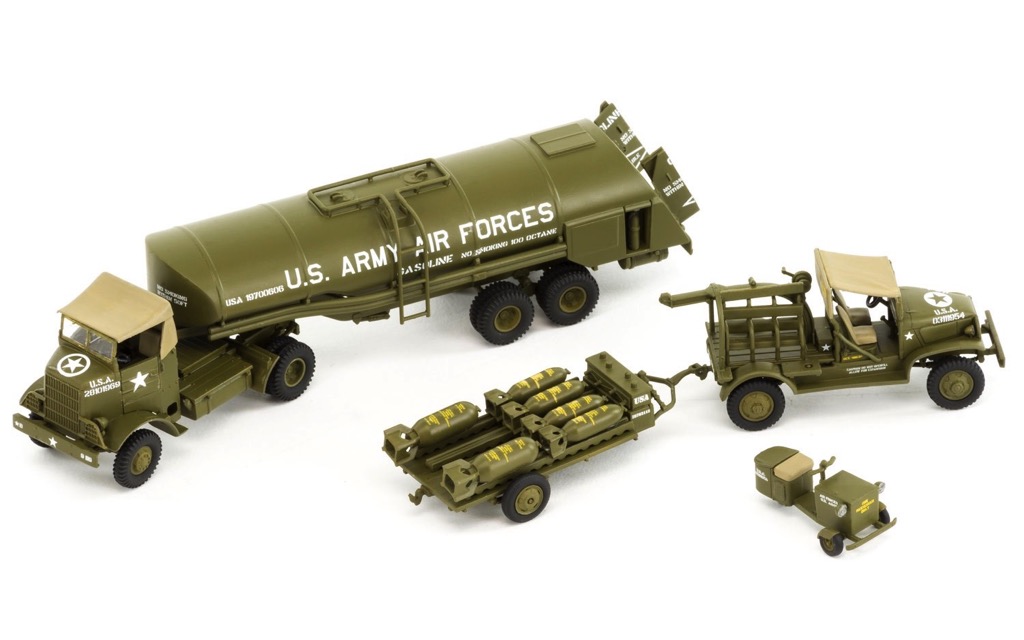 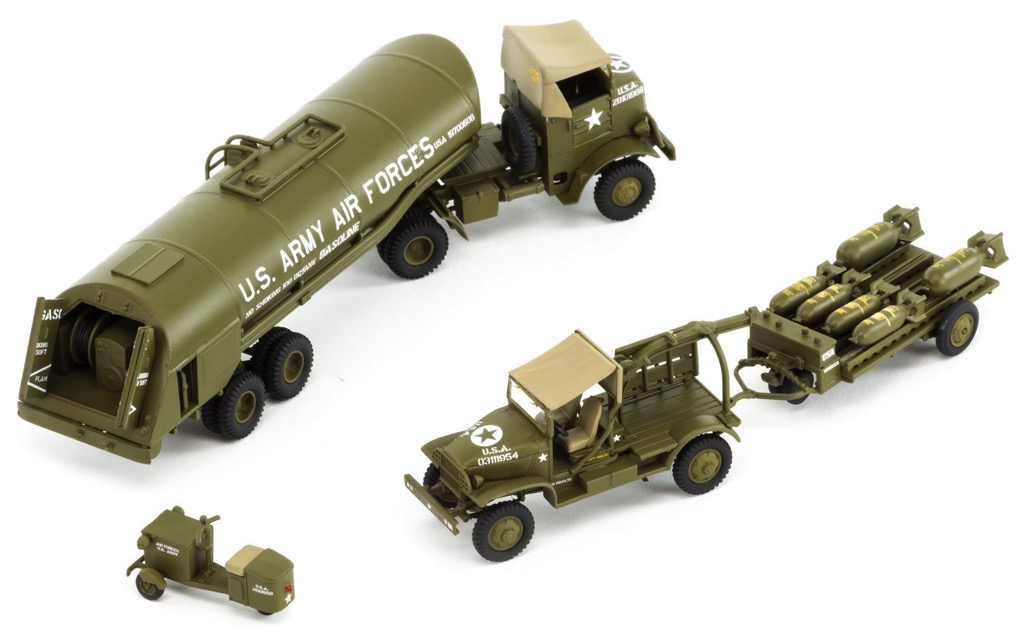 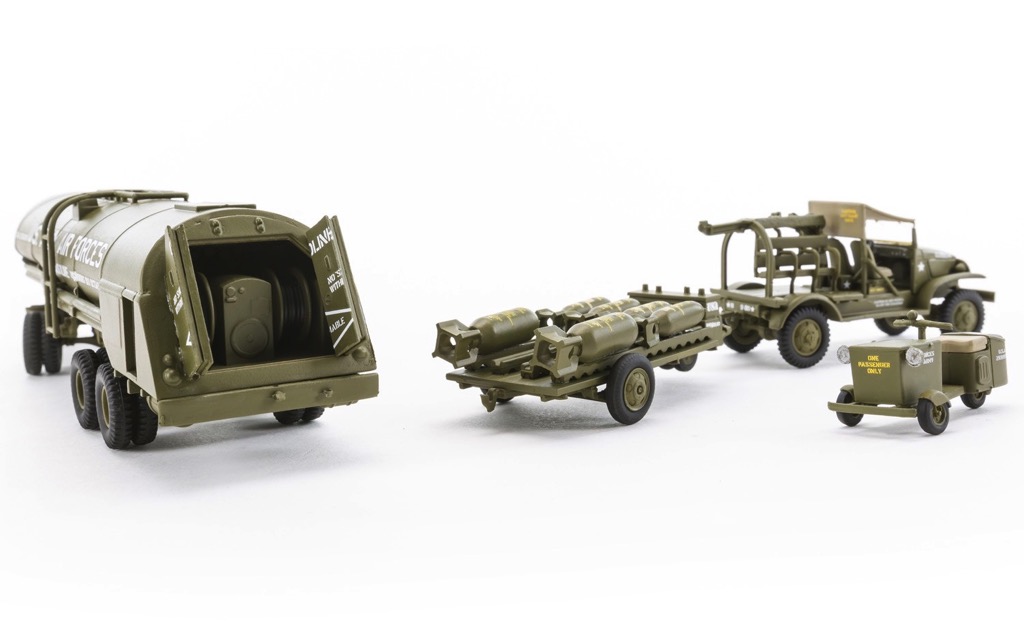 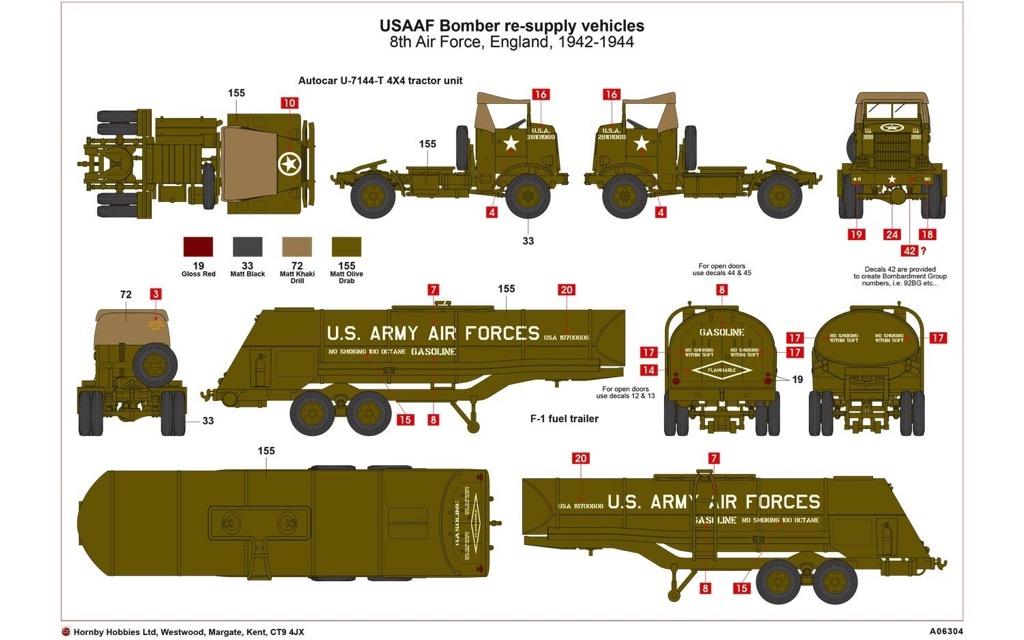 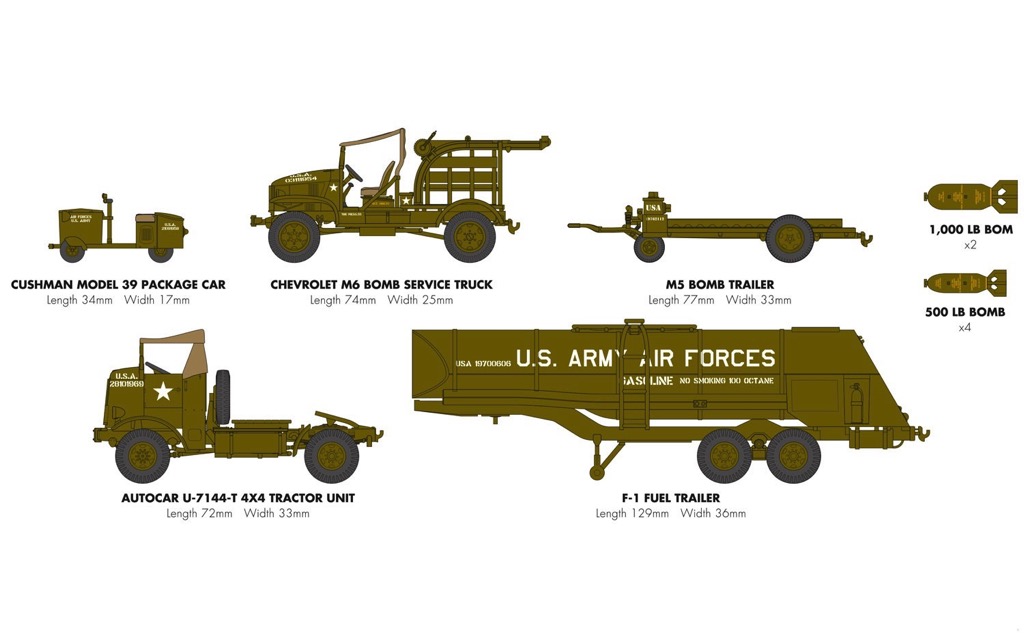 As US bomber operations began to take place at airfields all over Southern England from the summer of 1942, the vehicles used in servicing their Liberators and Flying Fortresses were slowly changing from the standard RAF support vehicles, to specialized US Air Force equipment. From fuel trailers to bomb trolleys, Bedfords were quickly being replaced by Chevrolets.

Includes: Autocar U-7144-T 4X4 tractor unit and F-1 fuel trailer. The U-7144-T was used extensively by the US military from 1942 onwards and was certainly found on most, if not all USAAF airfields in Britain, particularly in conjunction with the standard F-1 fuel trailer. With many aircraft requiring refuelling on a daily basis, it was usual for each base to have numerous examples of the U-7144-T available at any one time.

Cushman Model 39 Package Car. This light, three wheeled utility vehicle will have been used for a multitude of light duties on USAAF bases. A development of a motor scooter design, the single wheel at the back provided the power for the vehicle, which allowed a small cargo box to be fitted at the front. Again, the Cushman would have been a regular feature on a USAAF airfield.