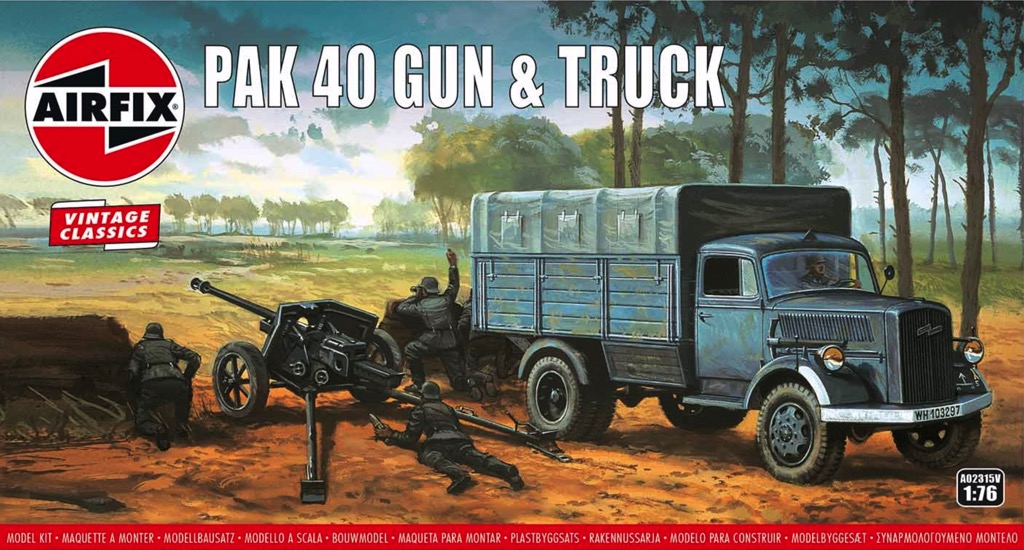 The Opel Blitz was one of the most widely used vehicles in the German Army. The Pak 40 or Panzerjagerkonone 40 entered service in late 1941 to combat heavily armoured Russian Tanks.