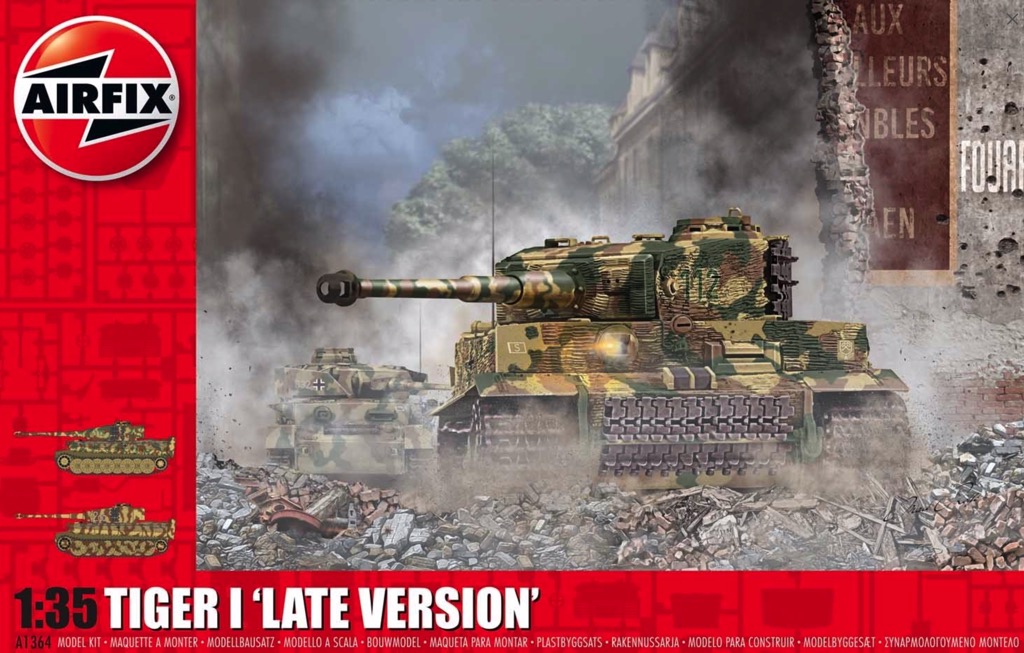 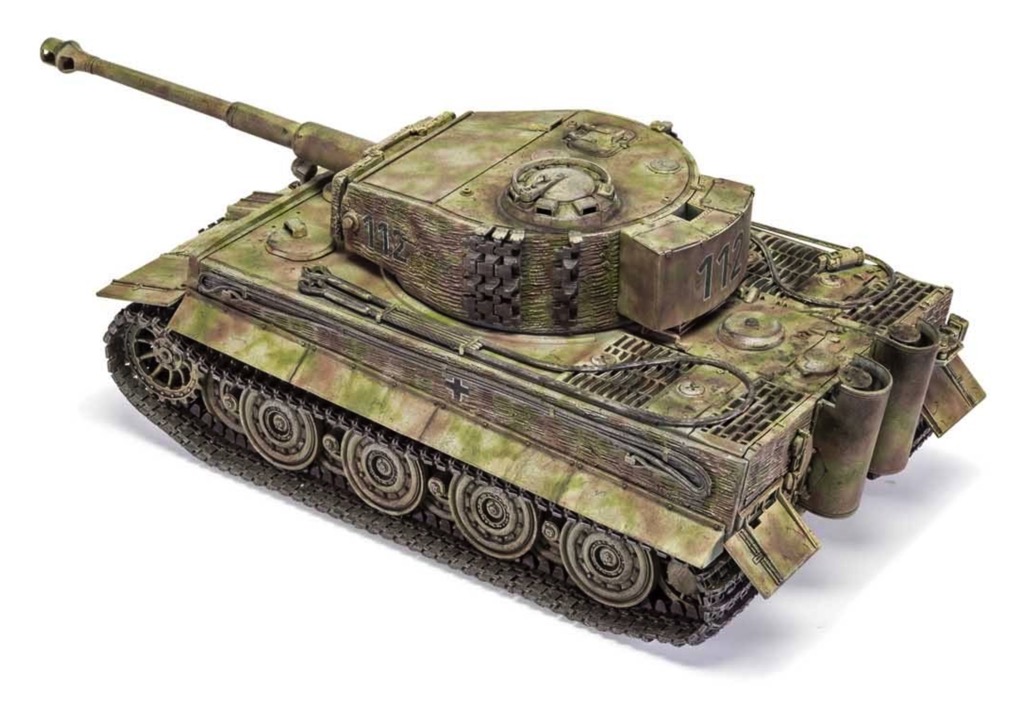 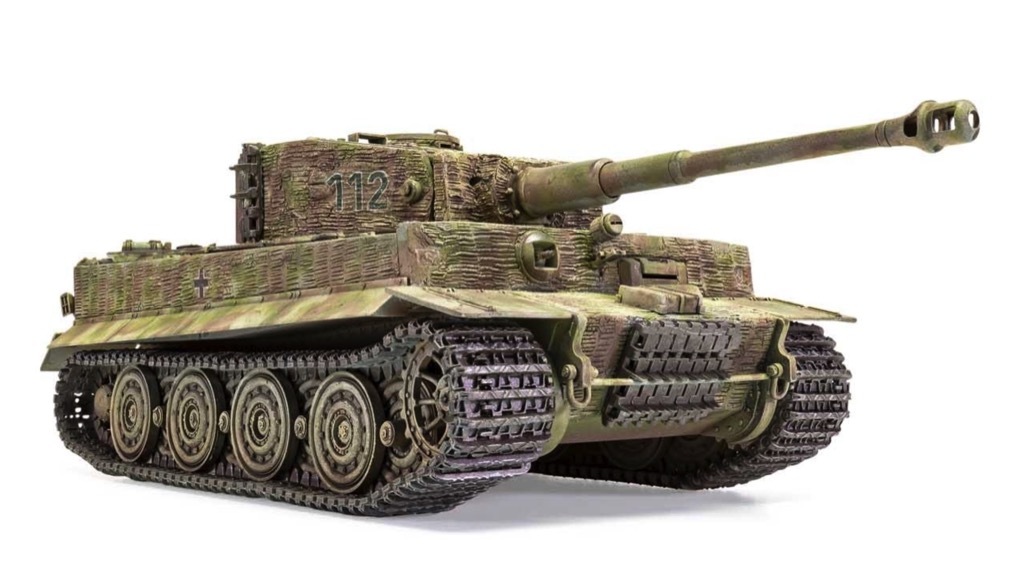 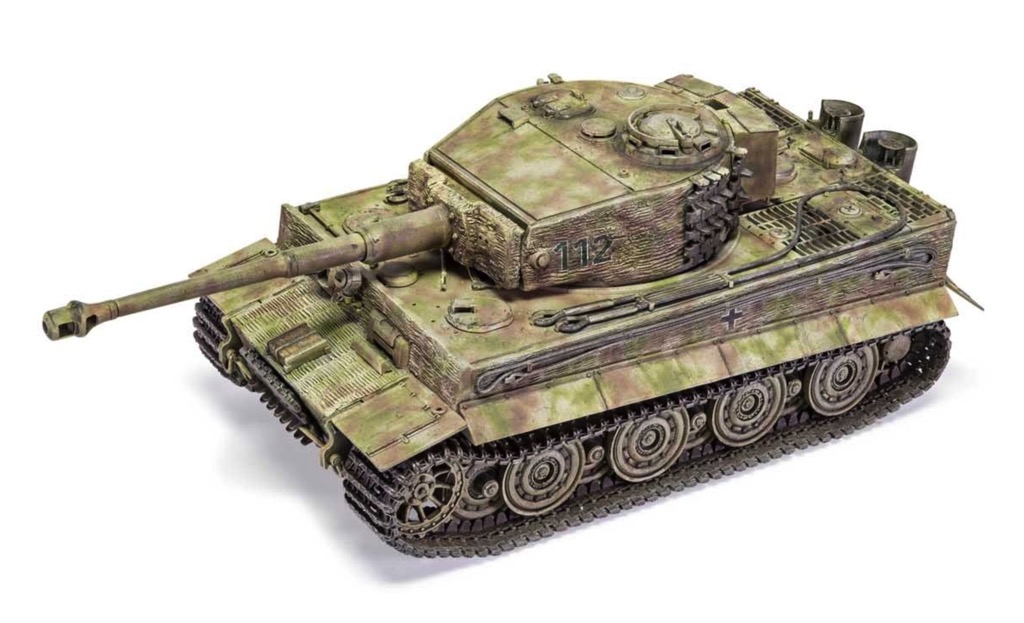 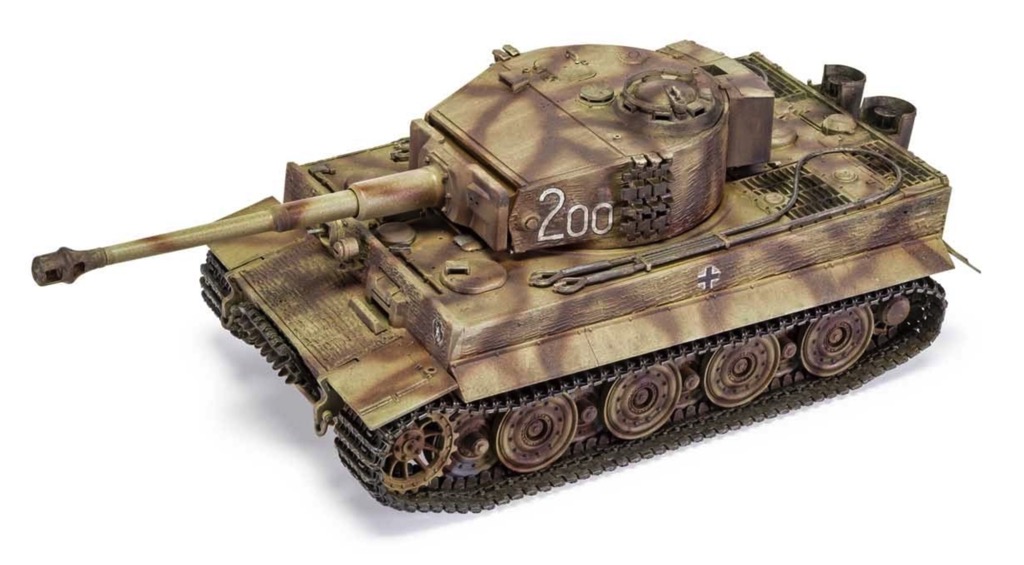 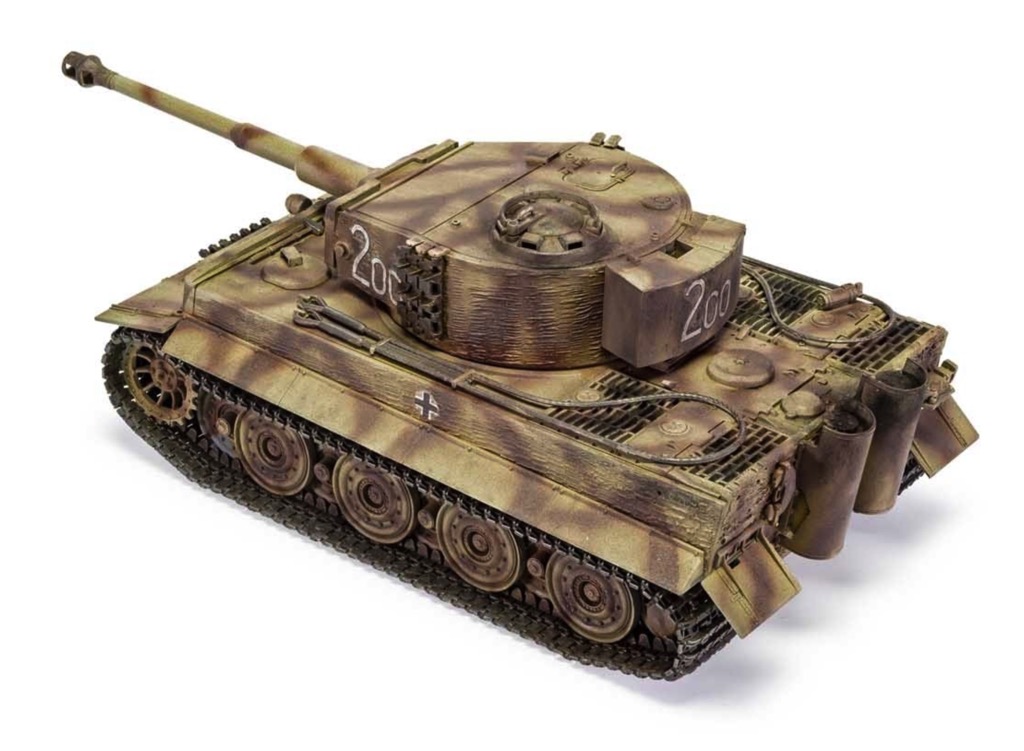 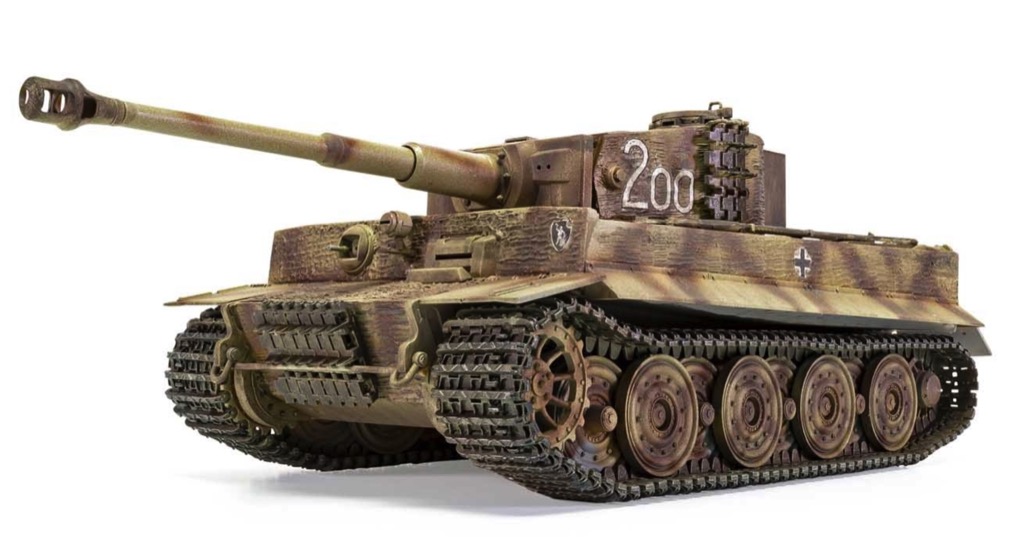 During the whole of its service history, the Tiger-1 was constantly improved upon and adapted to counter the ever-improving Allied tanks and firepower it found itself up against. This version from the summer of 1944 comes with a asymmetric turret, 88mm cannon, mantlet, engine deck and accessory pack. A Zimmerit tool is also included.