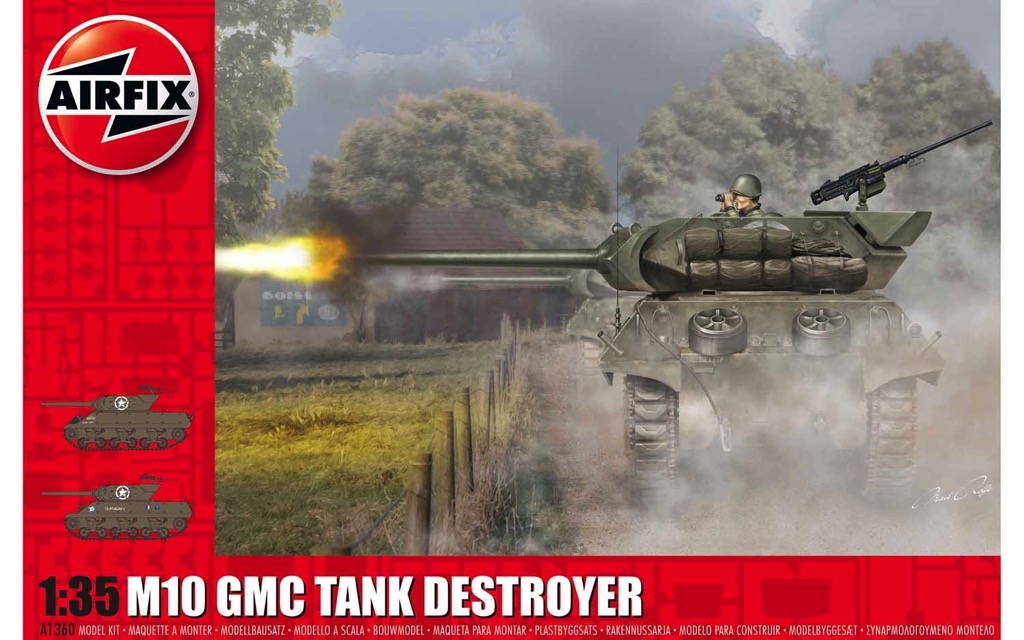 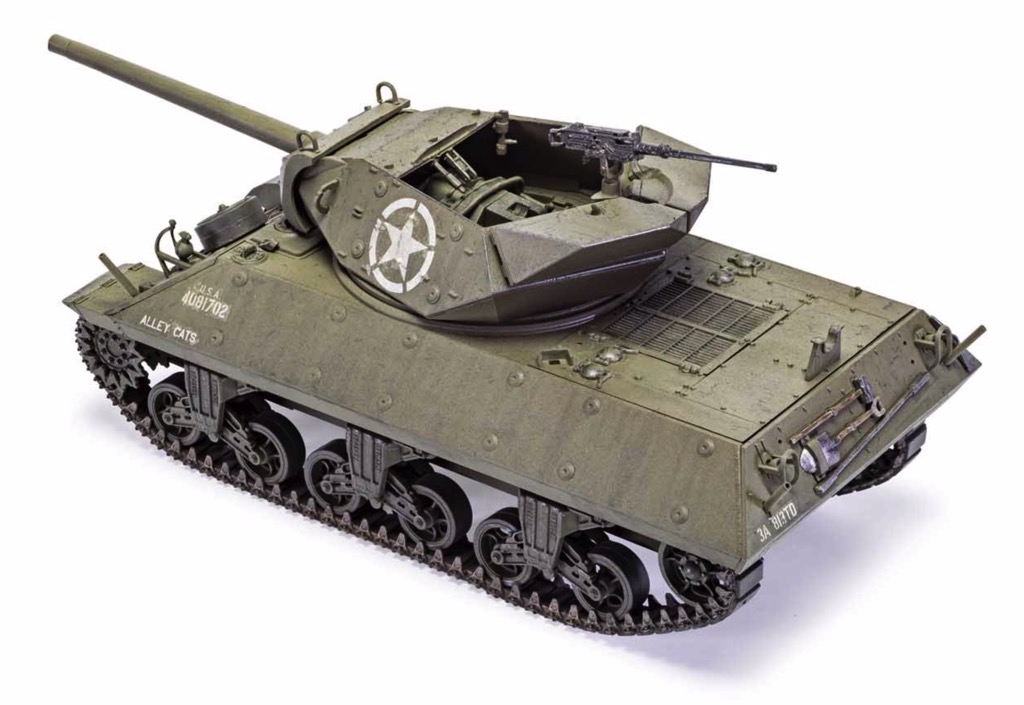 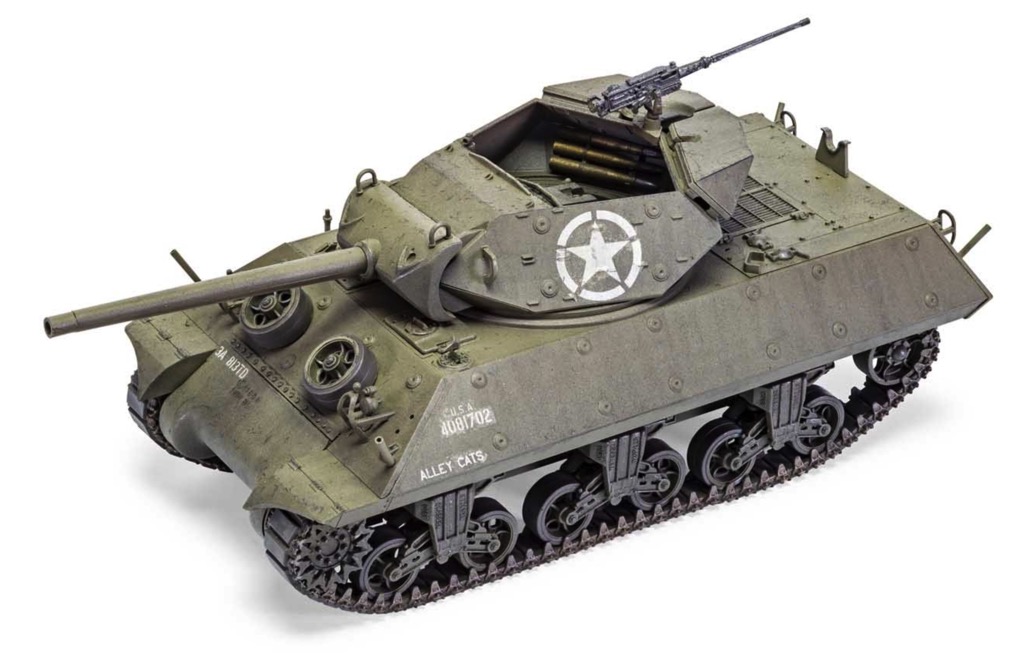 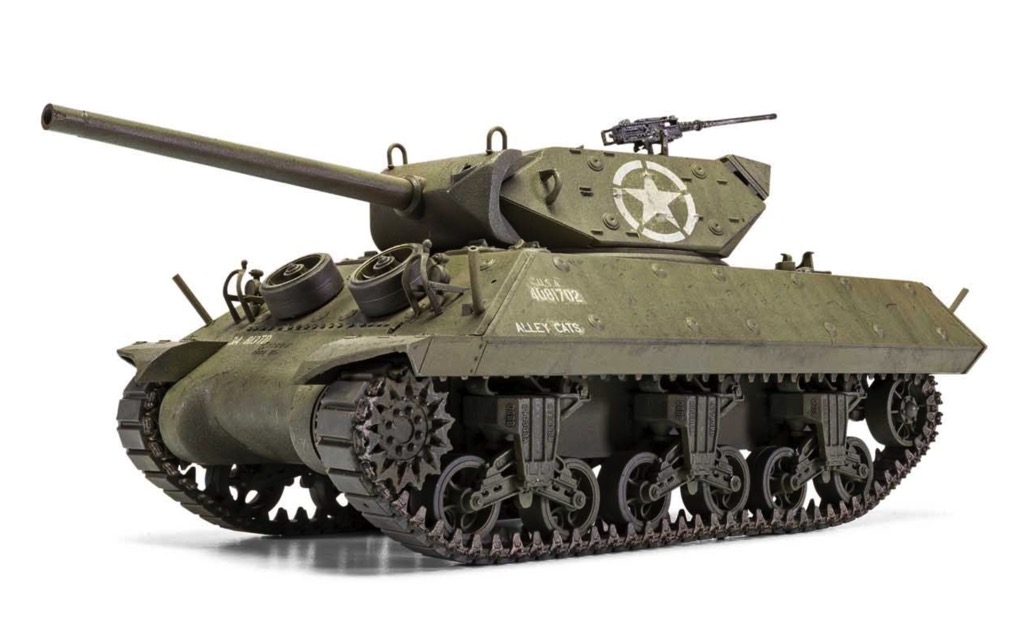 Markings for: The American M10 tank destroyer served during WWII. After the US entry into World War II and the formation of the Tank Destroyer Force, a suitable vehicle was needed to equip the new battalions. By November 1941, the Army requested a vehicle with a gun in a fully rotating turret after previous models were criticised for being too poorly designed. The prototype of the M10 was cdeveloped in early 1942, and was delivered in April of that year.

After requested changes to the hull and turret, the modified version was readied for production in June 1943, appearing as the 3-inch Gun Motor Carriage M10. It mounted a 3-inch (76.2 mm) Gun M7 in a rotating turret on a modified M4A2 Sherman tank chassis. Productions ran from September 1942 to December 1943. The M10 was numerically the most important U.S. tank destroyer of World War II.

It combined thin but sloped armor with the M4 Sherman's reliable drivetrain and a reasonably potent anti-tank weapon mounted in an open-topped turret. Despite its obsolescence in the face of more powerful German tanks like the Panther and the introduction of more powerful and better-designed types as replacements, the M10 remained in service until the end of the war.