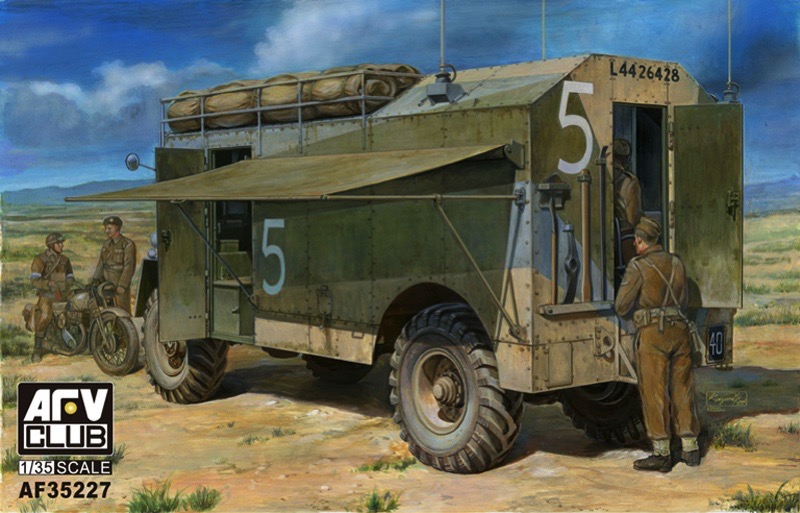 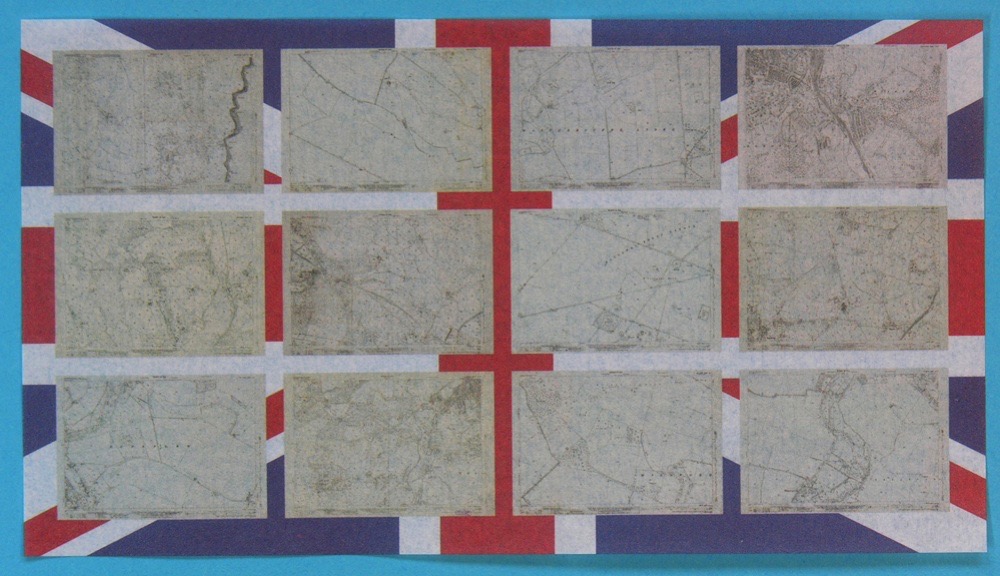 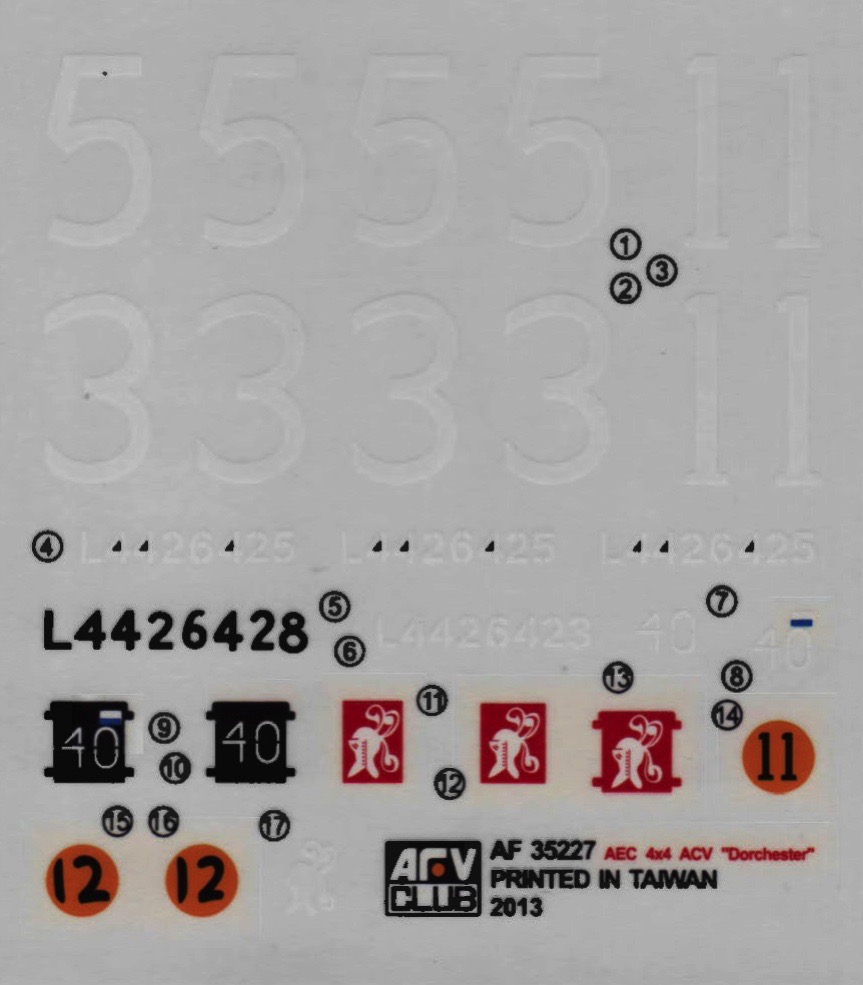 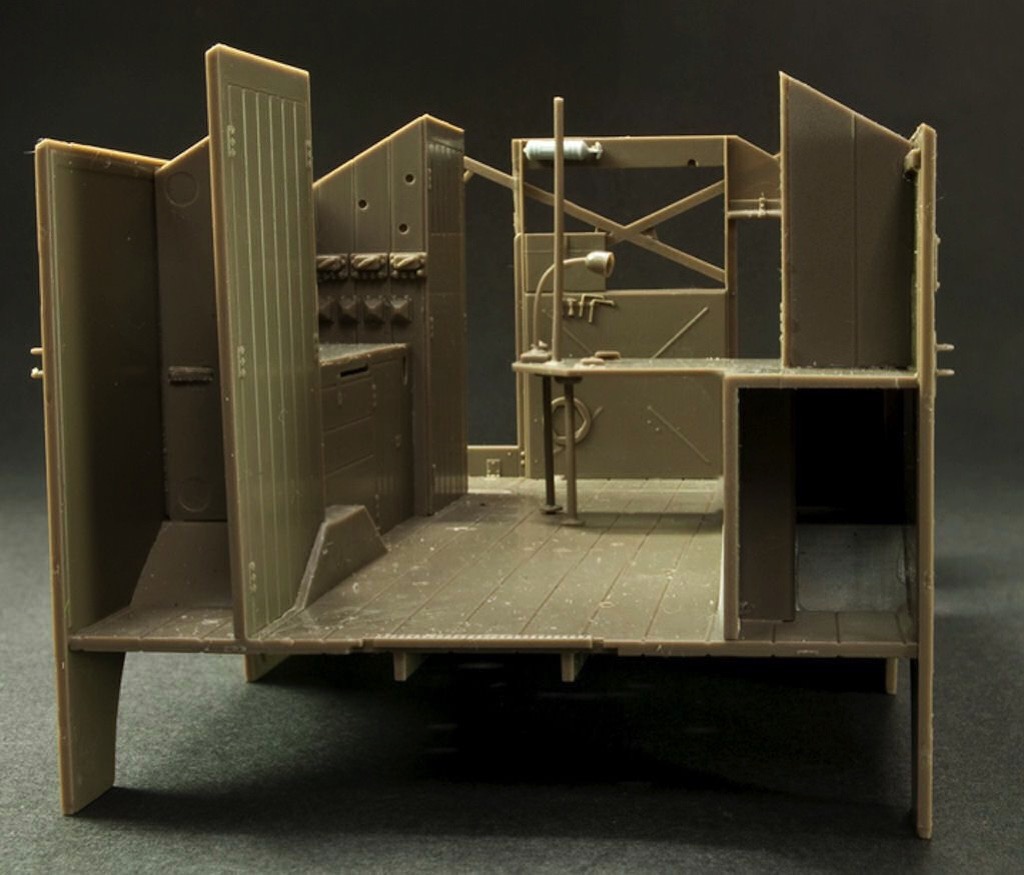 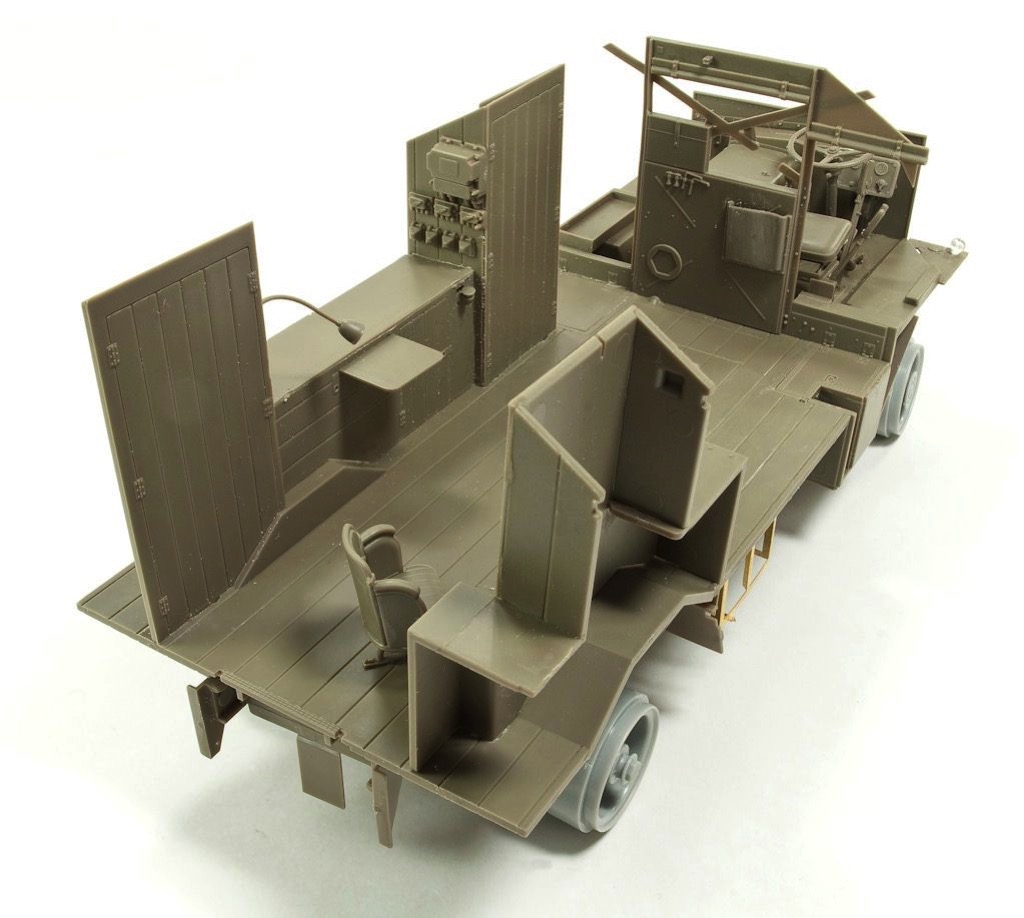 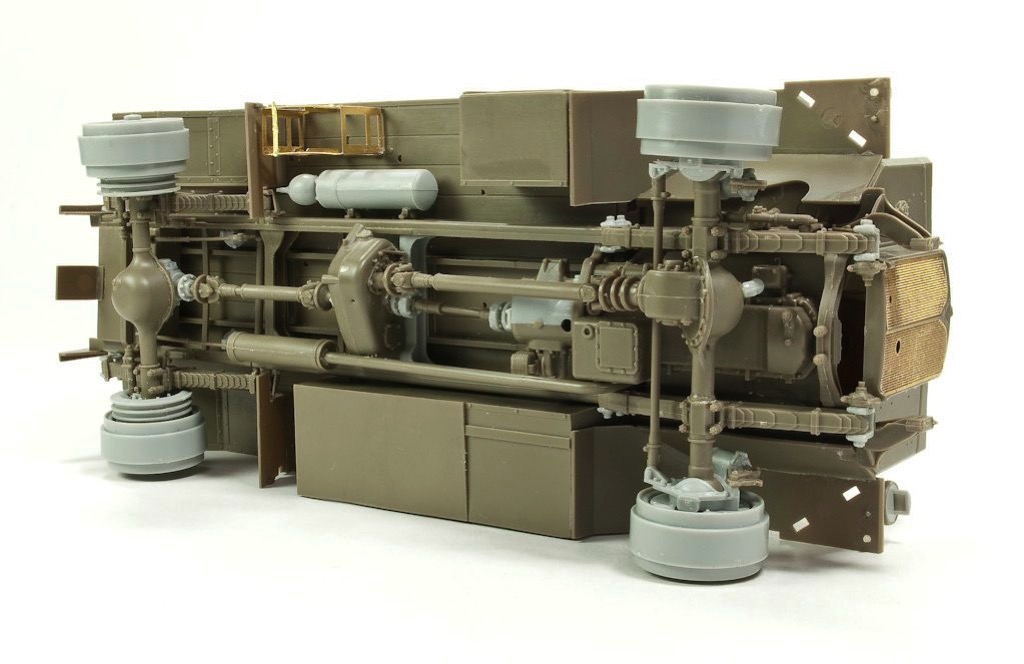 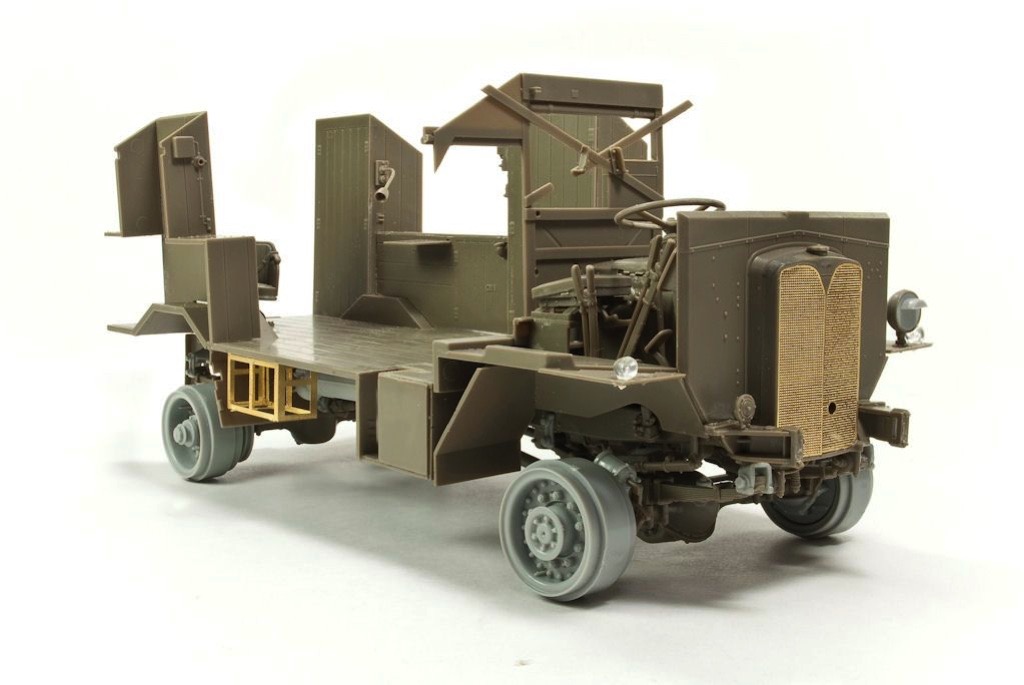 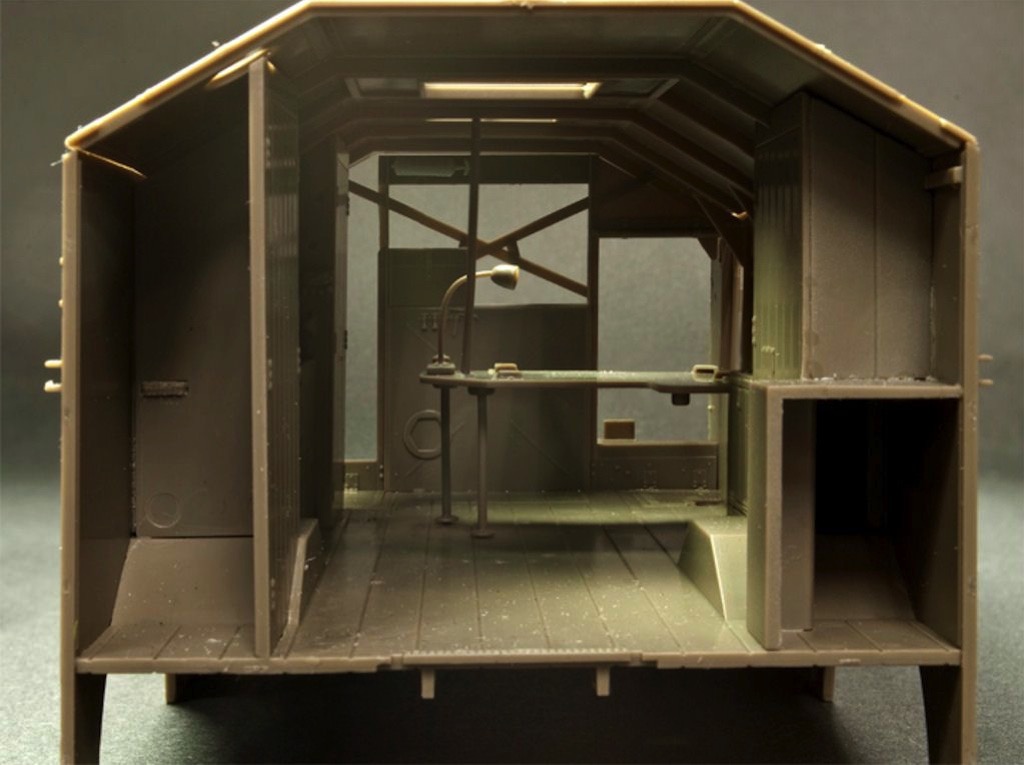 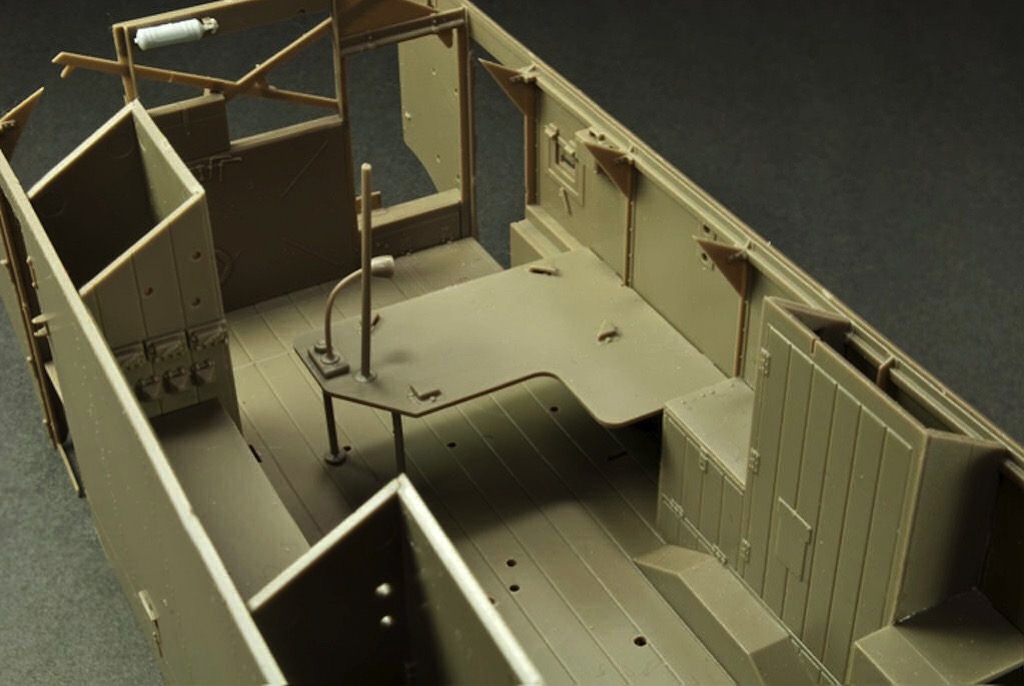 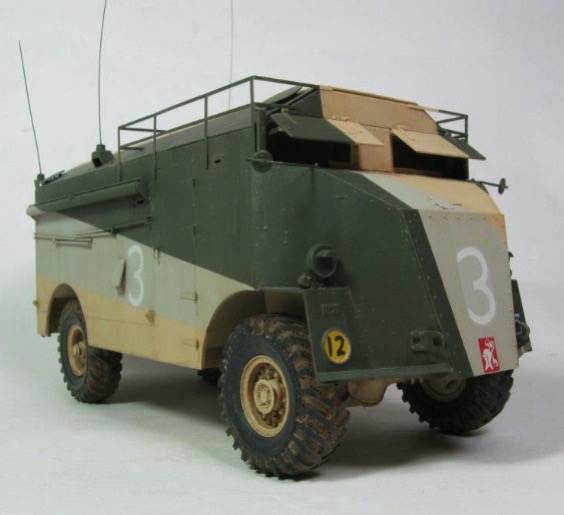 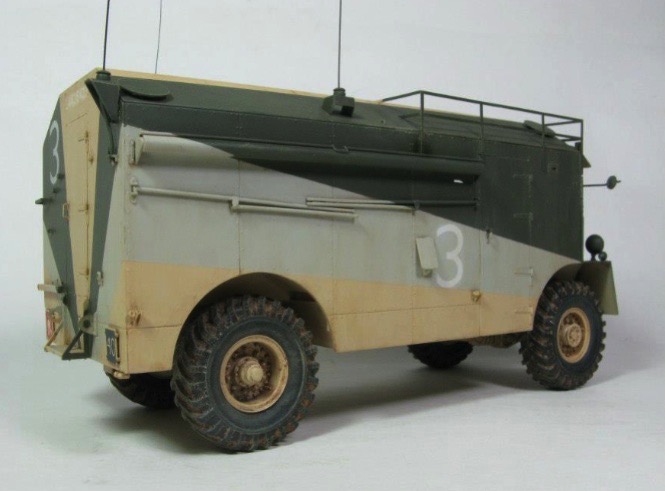 During World War II the United Kingdom was the only country to develop and widely employ purpose-built armoured command vehicles. Those were essentially armoured buses based on truck chassis.

The most common ACV of the British Army was the AEC 4x4 ACV. The vehicle, based on AEC Matador chassis, entered production in 1941. A total of about 415 units were built. The vehicle was used for the first time in the North African Campaign and remained in service until the end of the war. Big and comfortable, it was nicknamed Dorchester by the troops, after the luxury hotel in London. Three ACVs of this type were captured by the German Afrika Korps. Two of them, named "Max" and "Moritz", were employed by Rommel and his staff throughout the campaign.

Includes shelter tarp but no figures.