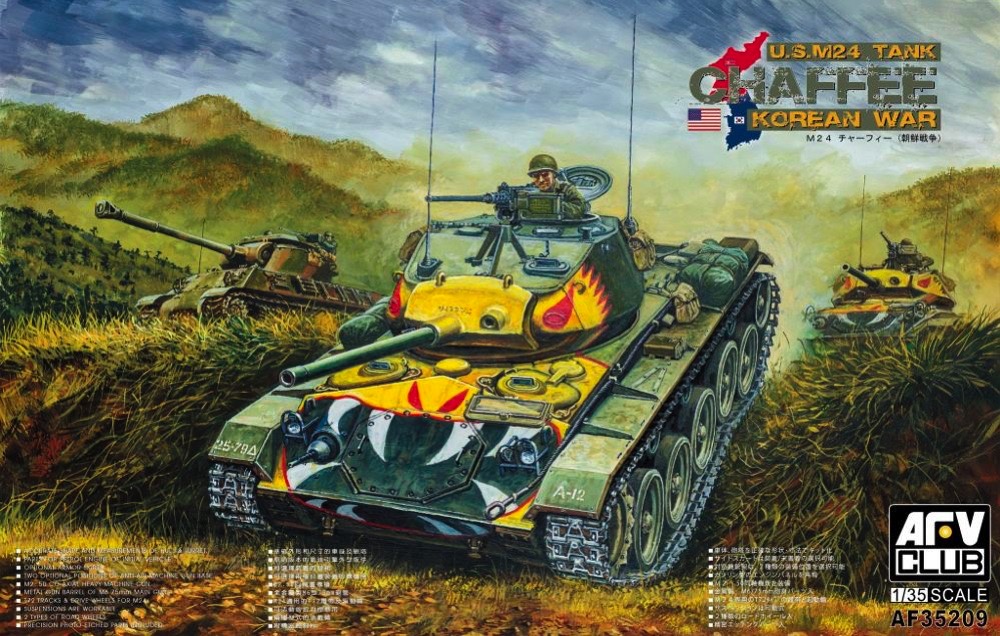 DISCONTINUED This product has been discontinued
and is no longer available.List price: $69.99
You pay: $48.99
(All prices in U.S. Dollars)

The Ultimate 1/35 Scale Model Kit for the M24 Chaffee Tank is finally here!!

The Light Tank M24 was an American light tank used during the later part of World War II and in postwar conflicts including the Korean War and, with the French, in the War in Algeria and the First Indochina War. In British service it was given the service name Chaffee, after the United States Army General Adna R. Chaffee, Jr., who helped develop the use of tanks in the United States armed forces. While others rushed their attempt, AFV Club maintain speed with their pace and developed the perfect M-24. The result is stunning!! New technology and workmanship reproduces injection molded detail that is previously possible only with photo edged metal sheet.

Main Features: Well worth the wait for this ultimate 1/35 scale Replica of the M24 Chaffee Tank. As always with AFV Club, no others can compare in terms of accuracy and detail.