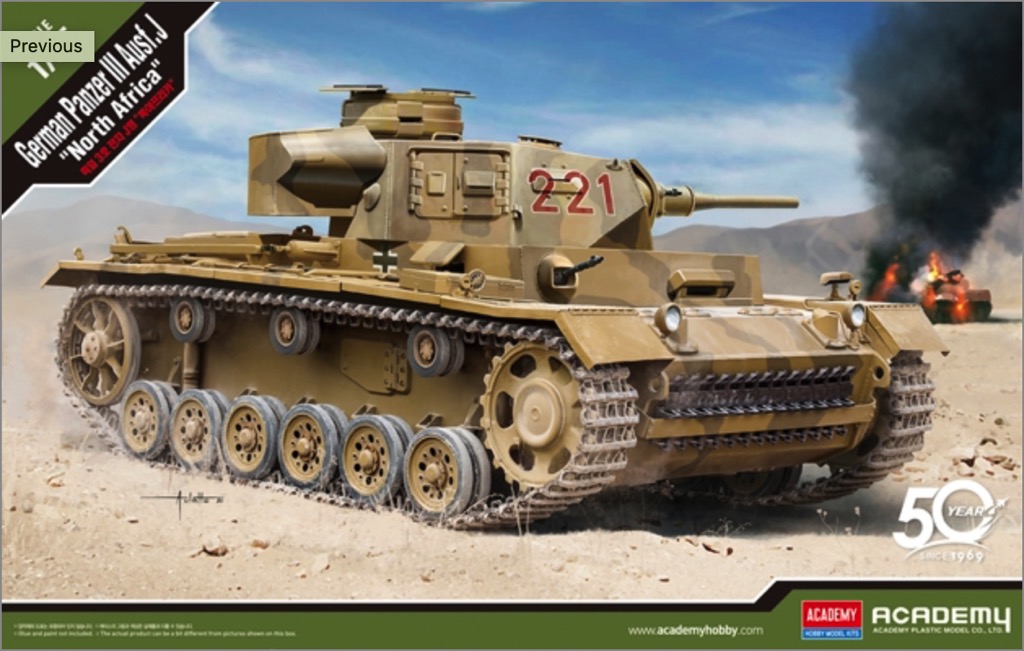 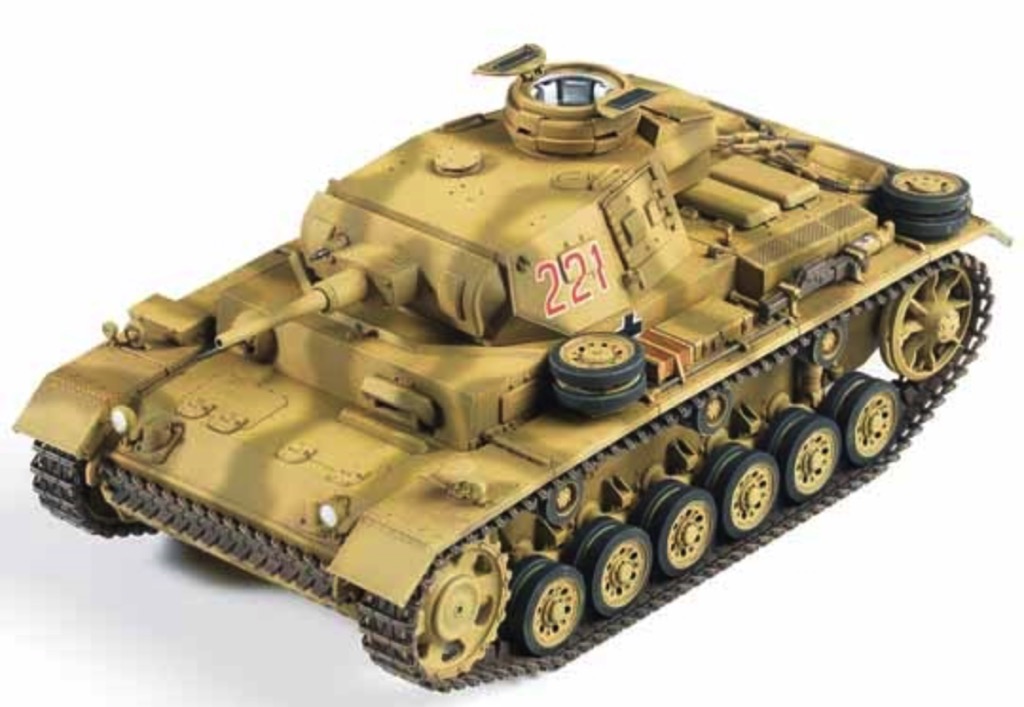 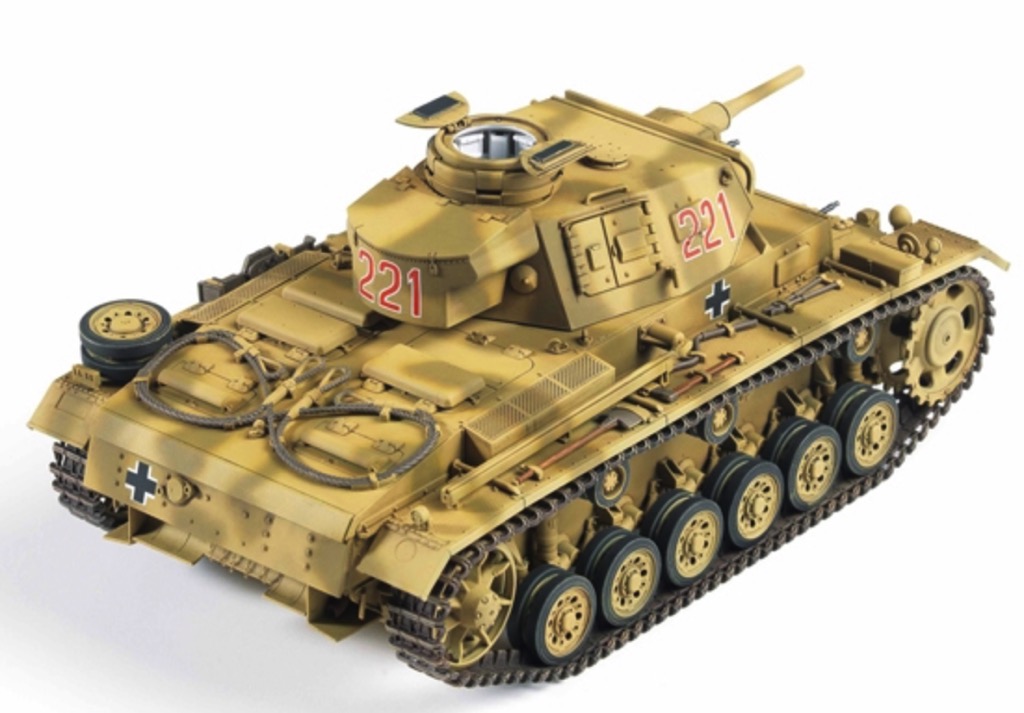 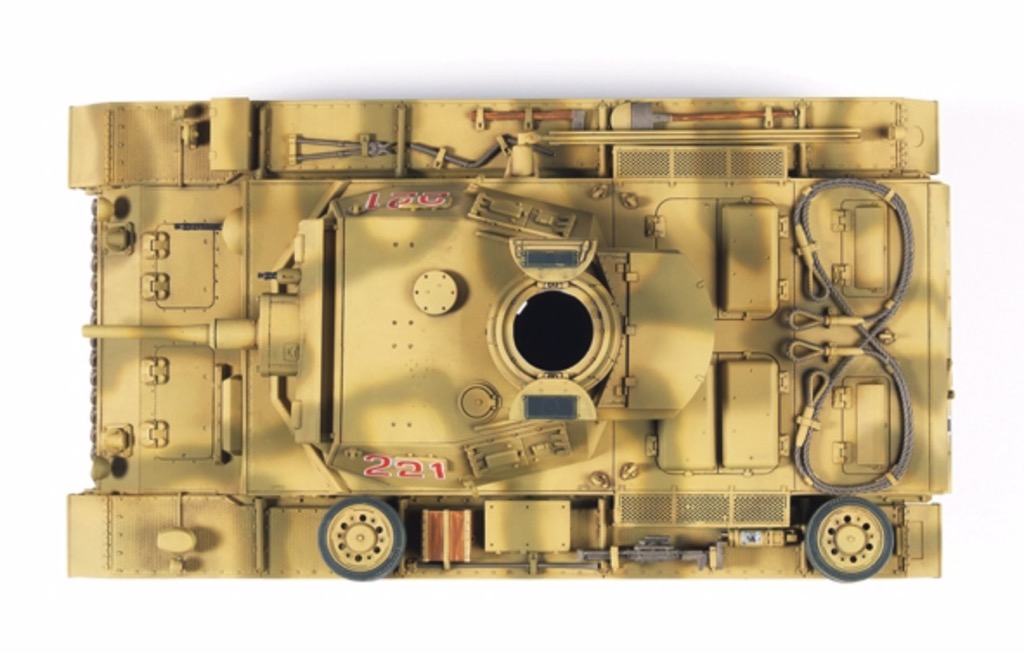 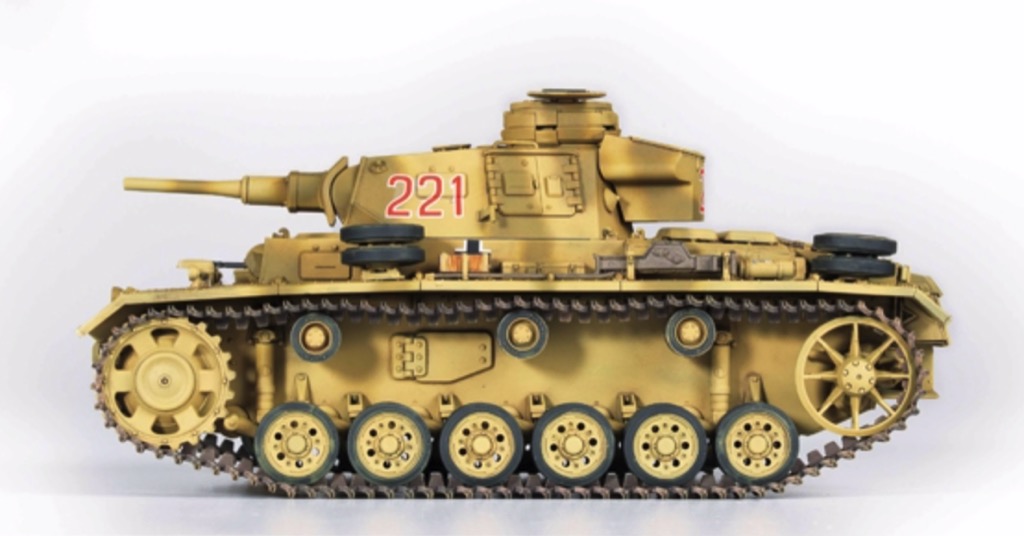 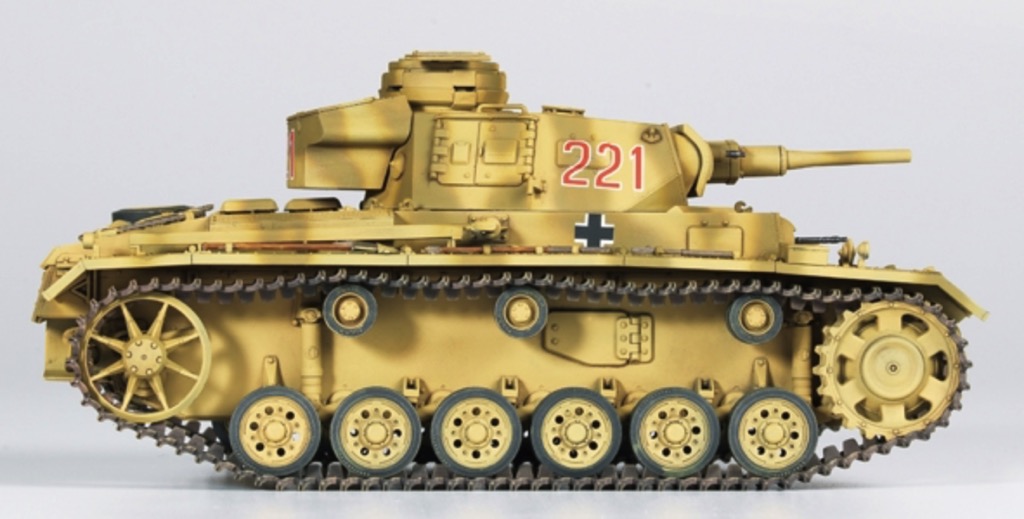 The Panzer III was a medium tank developed in the 1930s by Germany and used extensively in World War II. It was intended to fight other armored fighting vehicles. However, as the Germans faced the T-34, more powerful anti-tank guns were needed. Therefore, the Panzer III effectively swapped roles with the Panzer IV and was used primarily for infantry support.

The kit can be built with standard Panzer III 'J'version or equipped 'J' version with 'spaced armor'.