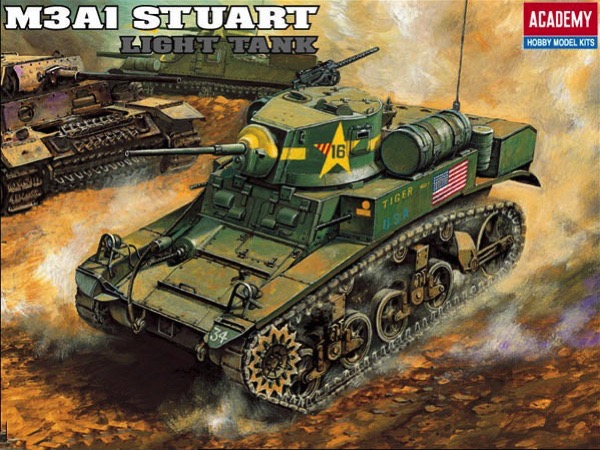 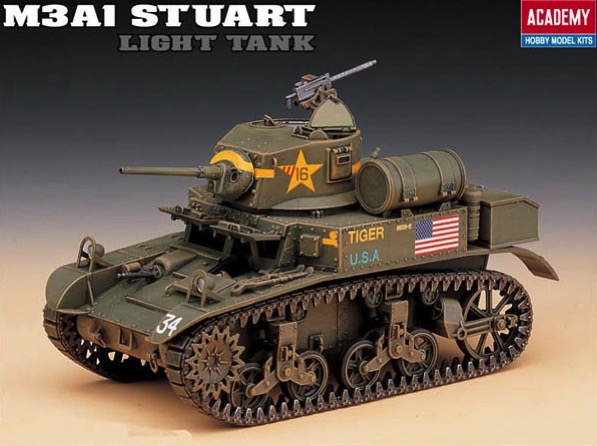 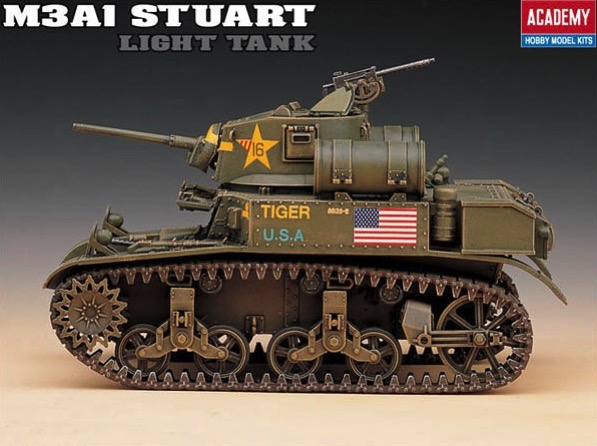 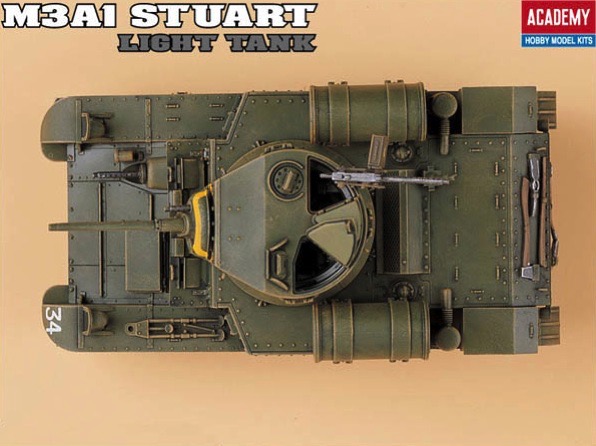 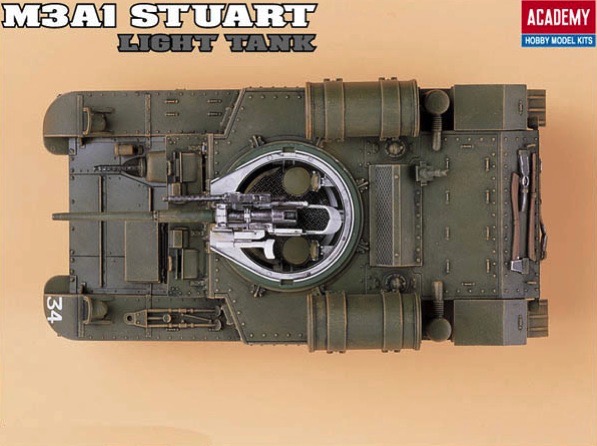 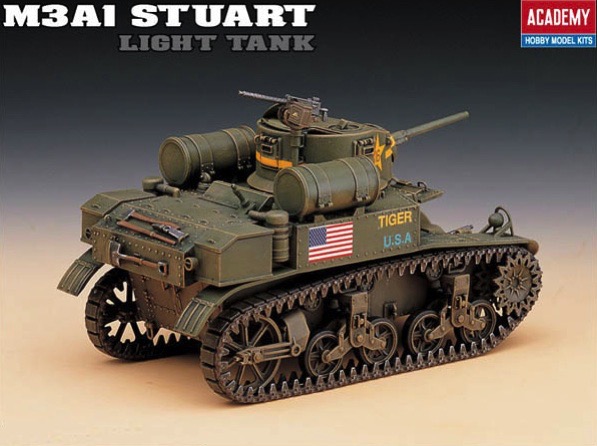 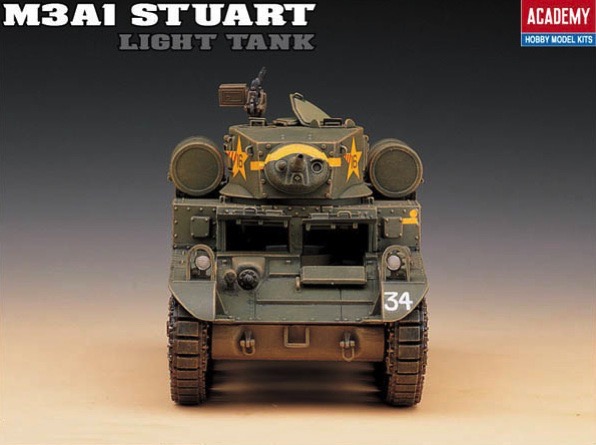 "General Stuart" M3 light tank was considered as one of the best light tanks of the World War II. Thoroughly reliable longer range, quick and maneuverable, it was liked very much by its crew.

In 1940, the U.S. Army recognized the need to replace the M2. The new tank was developed, with thicker armor lengthened hull, and a trailing idler wheel to act as another road wheel to decrease ground pressure and improve weight distribution. The M3 turret basket and an Oil Gear hydraulic traverse mechanism, but lacked a turret cupola. The 4,410 units powered by Continental W-970-9A 7-cylinder radial gas 250 hp engine was referred to as Stuart III by the British and the 211 M3A1s equipped with Guilberson T-1020-4 air-cooled radial diesel engine were called Stuart IV. In both cases, the 15-ton tank with a crew of 4 moved fast in the field. The only drawback was the inferior 37mm gun. By 1942, it was not sufficient in the field.

The M3A1s were produced by American Car Foundry between May 1942 and February 1943.