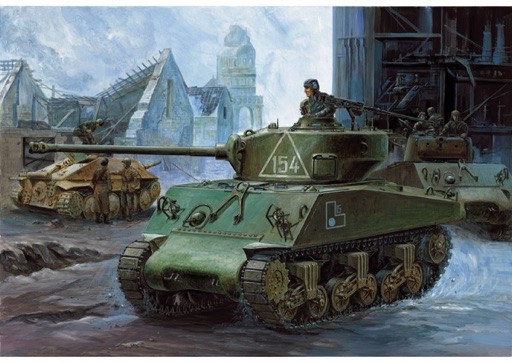 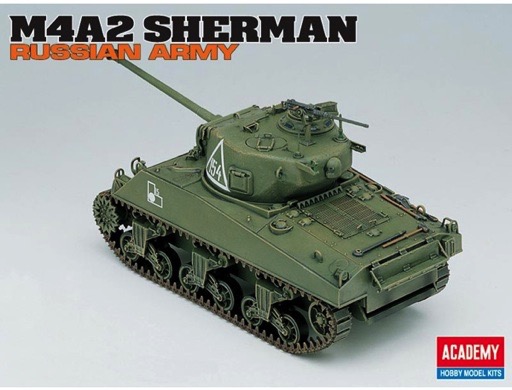 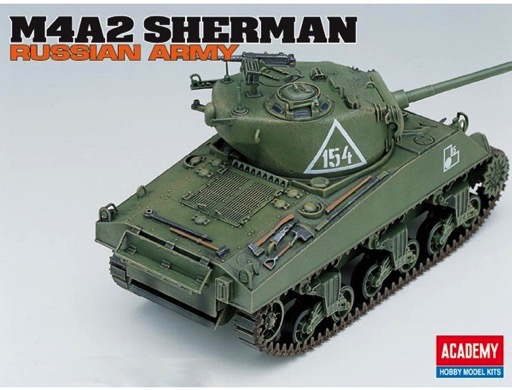 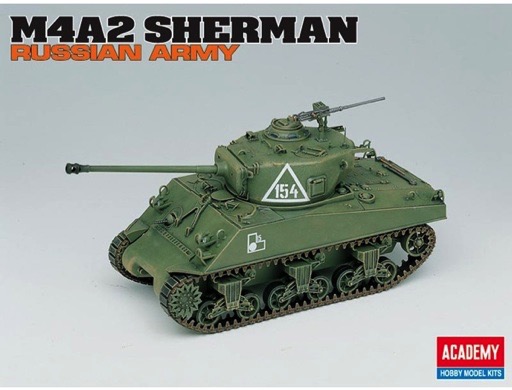 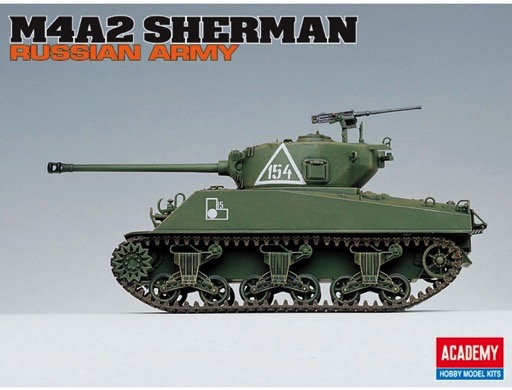 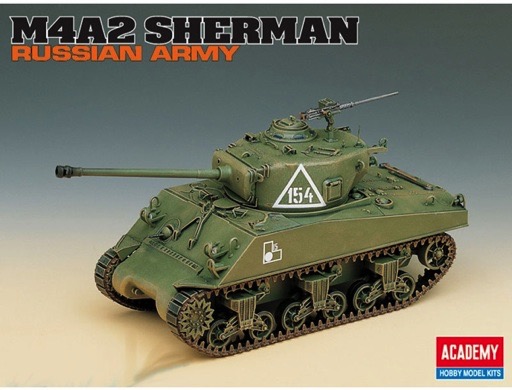 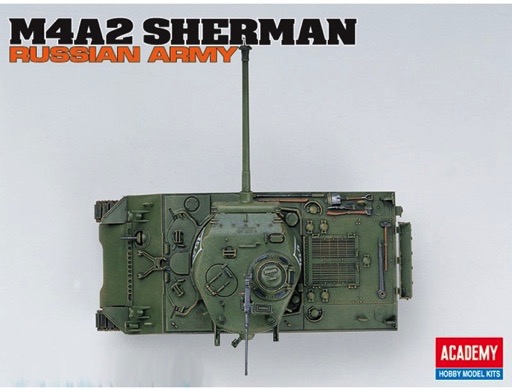 DISCONTINUED This product has been discontinued
and is no longer available.List price: $38.00
You pay: $25.89
(All prices in U.S. Dollars)

The M4A2 Sherman was similar to the M4, with welded hull and cast turret, but was powered with twin General Motors 6-71 diesel engines. This was the only diesel engine version of the Sherman tank to see service in large numbers. Having a diesel engine, the M4A2 version's engine deck and back end is noticeably different from all other Shermans. The early production model had the 75mm M3 gun in the M34 gun mount and vision slots in the front armor plate. The gun mount was later replaced by M34A1 gun mount, which featured a direct telescope. Some versions were armed with 76mm gun. In later productions, the return rollers were moved to the rear of the bogie mount and the suspension was of the horizontal volute spring type. The M4A2 saw action in the European and Pacific theaters, and was mainly used by the US Marines and lend lease to the Soviet Union, British, and Free French. Over 8000 M4A2 were produced during the middle of World War II.

MRC/Academy proudly releases the next kit in its successful Sherman series. This 1/35th scale kit is of the quality you have come to expect from Academy. The faithfully reproduced engine deck for the diesel engine makes this a unique piece to your Sherman collection. It's armed with the 76mm gun and a machine gun. You have the ability to build with open or closed hatches. Comes with clear instructions with photographs of the built model for reference. Comes with three decal schemes from tanks used in Berlin towards the end of the WWII.