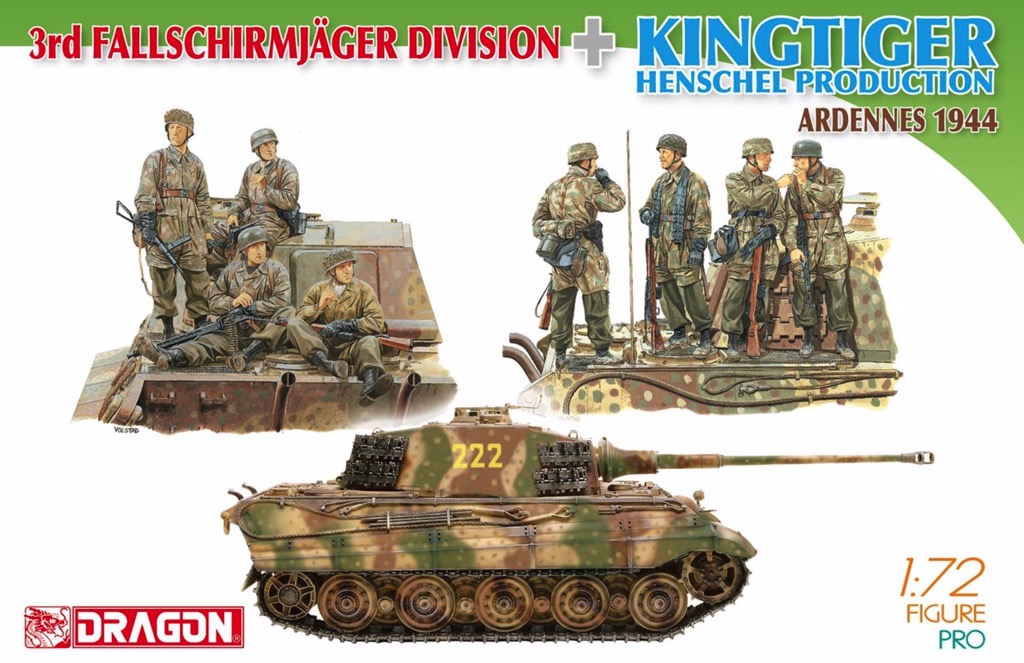 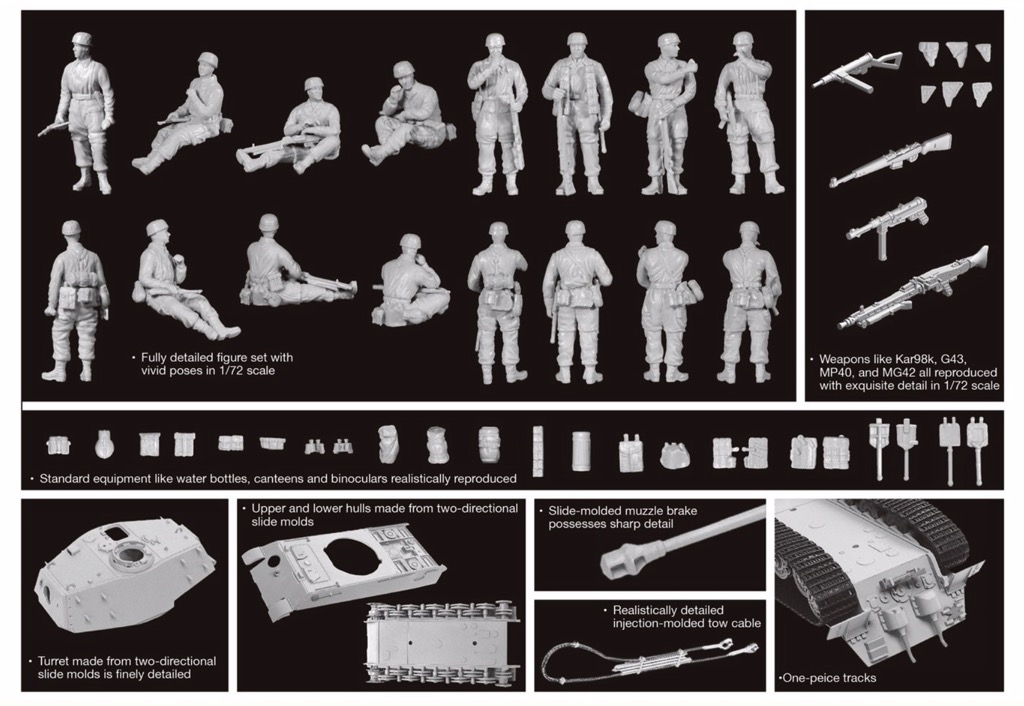 One of the most impressive AFVs to participate in the Battle of the Bulge, Germany's unexpected last roll of the die when it attacked through the Ardennes forest in WWII, was King Tiger. Such tanks were accompanied by members of the 3rd Fallschirmjager Division, elite paratroopers of the Luftwaffe, during the sudden massed attack launched on 16 December 1944. However, neither these battle-hardened troops nor the mighty Kingtiger tanks could turn the tide of the war, and the German counteroffensive petered out by 25 January 1945.

Dragon is releasing a very handy new 1/72 scale kit of a King Tiger with Henschel turret. What makes this release unique is the inclusion of EIGHT figures representing members of the 3rd Fallschirmjager Division alongside the mighty tank. This means a diorama scene can be created straight from the box, with the figures riding on the rear engine deck of the Henschel-turreted tank. The paratroopers are well equipped and can be armed with various kinds of weapons. Meanwhile, Dragon has captured this mighty King Tiger tank to perfection in the 1/72 scale model kit. In the past, these Fallschirmjager figures could only be obtained by purchasing two separate sets, but now they come in one convenient kit.