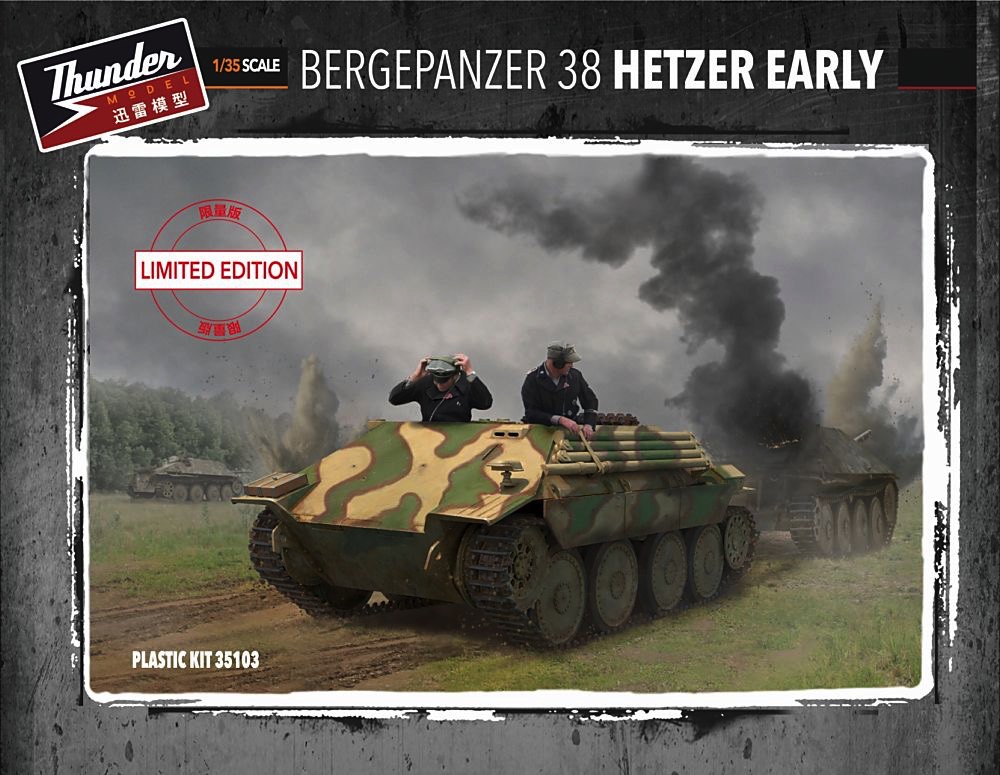 The Bergepanzer was equipped with two-ton folding jib crane used to handle engines and other heavy components. Additionally the recovery vehicle was equipped with five-ton winch of Baumgarten company (most of the Early Bergehetzers also had this winch installed to pull other vehicles stuck in mud, using a large pulley). The winch was driven by the vehicle's engine through transmission system. At the end a blade was installed at the rear of the hull (only Late variant), but it is again unclear how many vehicles were equipped with it. There were also some development works to install the blade at the front of the vehicle, as seen in the company blueprints, but probably these plans were never realized.