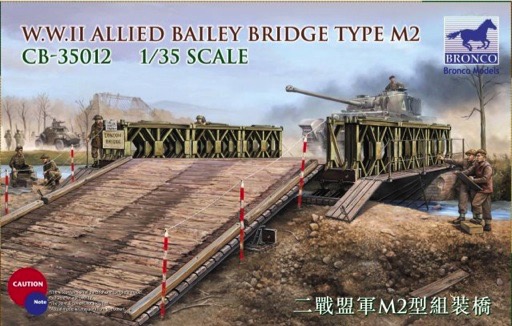 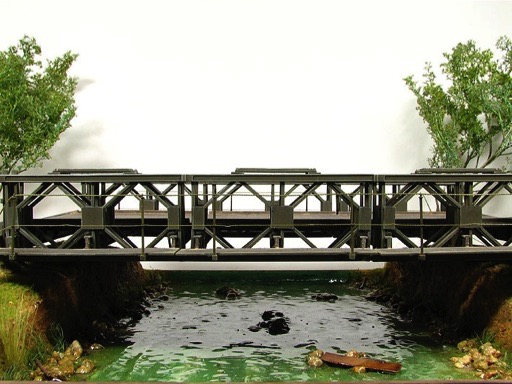 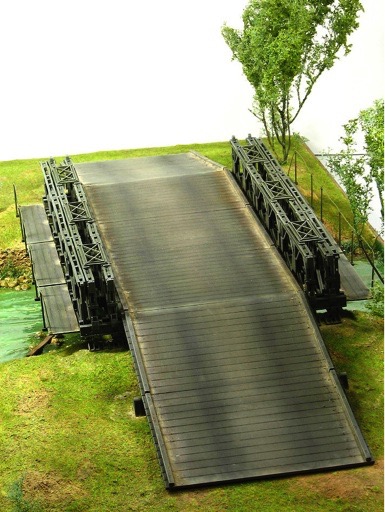 During the months preceding World War ll,new tanks were developed that weighed up to 35 tons,such as the M3 Grant and M4 Sherman tanks.Sir Donald Bailey,of Britain's Royal Engineers,designed the Bailey bridge in 1940 to meet this new requirement.Production began in July 1941.The Bailey bridge is a portable pre-fabricated truss bridge,designed for use by military engineering units to bridge up to 60m(200foot)gaps.It requires no special tools or heavy equipment for construction,the bridge elements are small enough to be carried in trucks,and the bridge is strong enough to carry tanks.The Bailey provided an excellent solution to the problem of German and ltalian armies destroying bridges as they retreated.By the end of the war,the US Fifth and British Eight Armies built over 3,000 Bailey bridges in Sicily and ltaly alone,totaling over 55 miles(90km)of bridge,at an average length of 100 ft(30m).Up till today the Bailey bridge still can found in some where of the world.