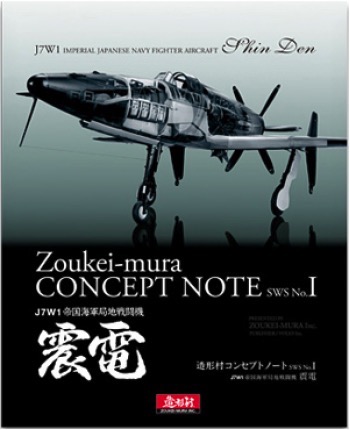 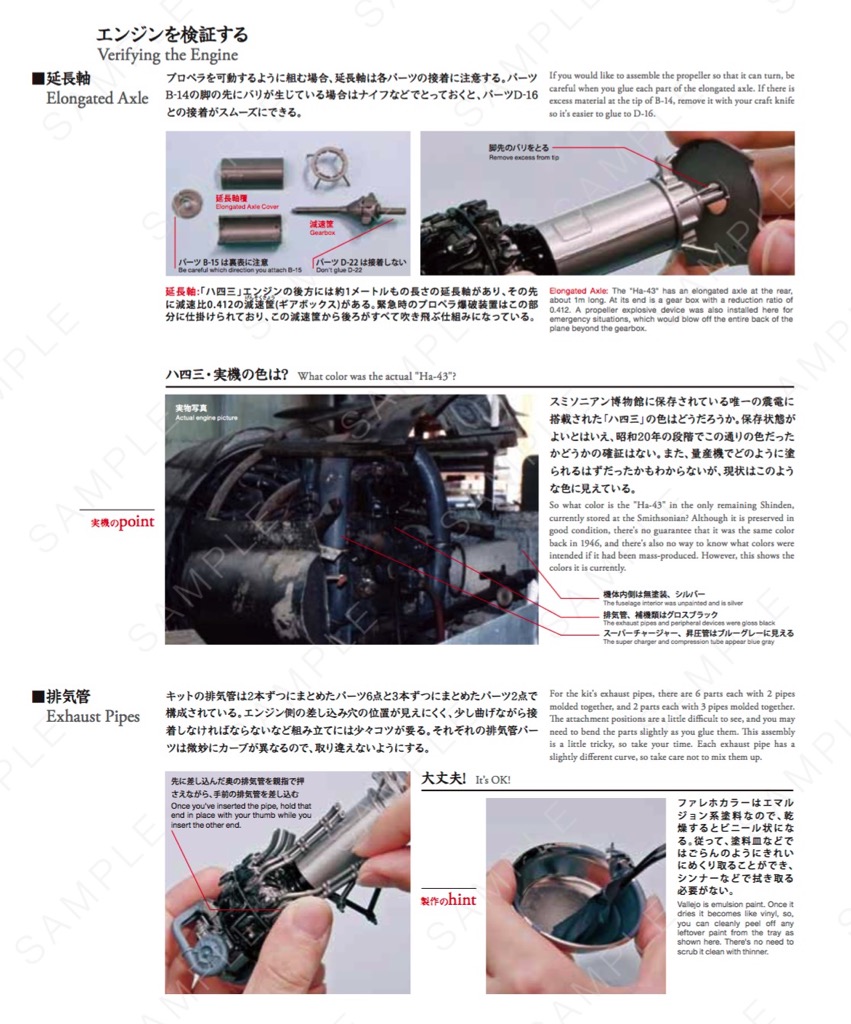 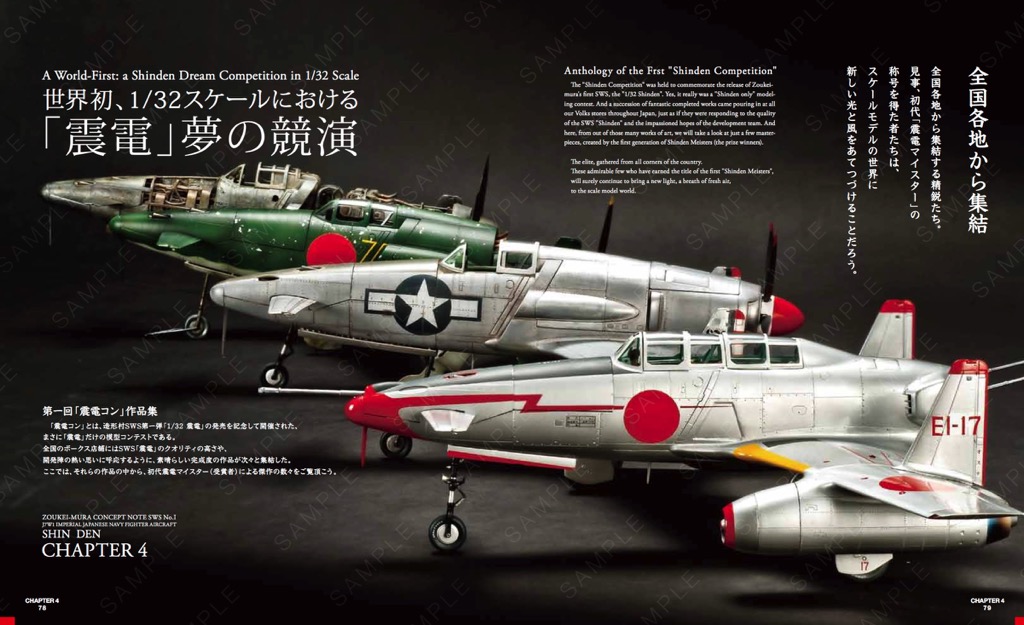 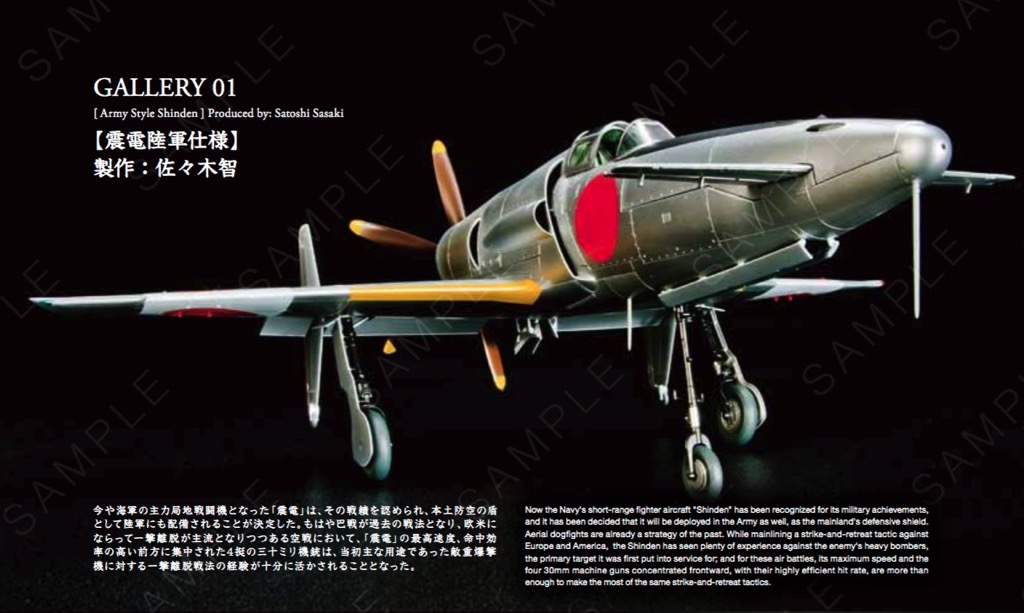 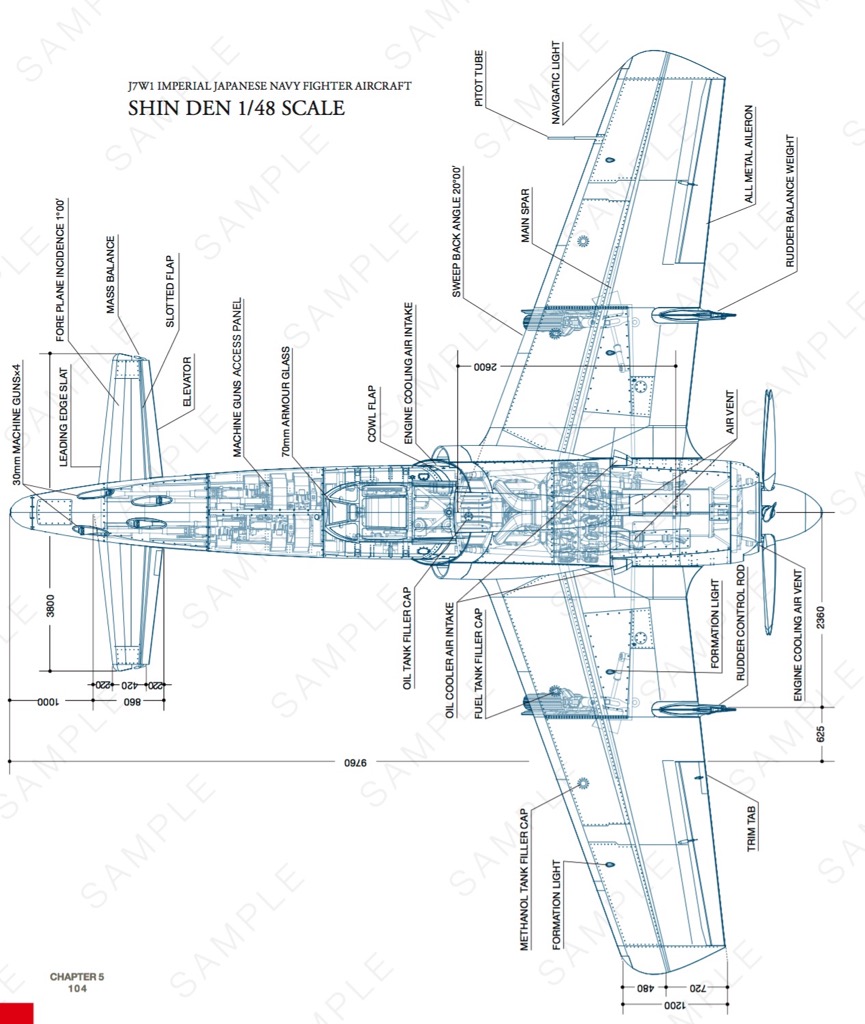 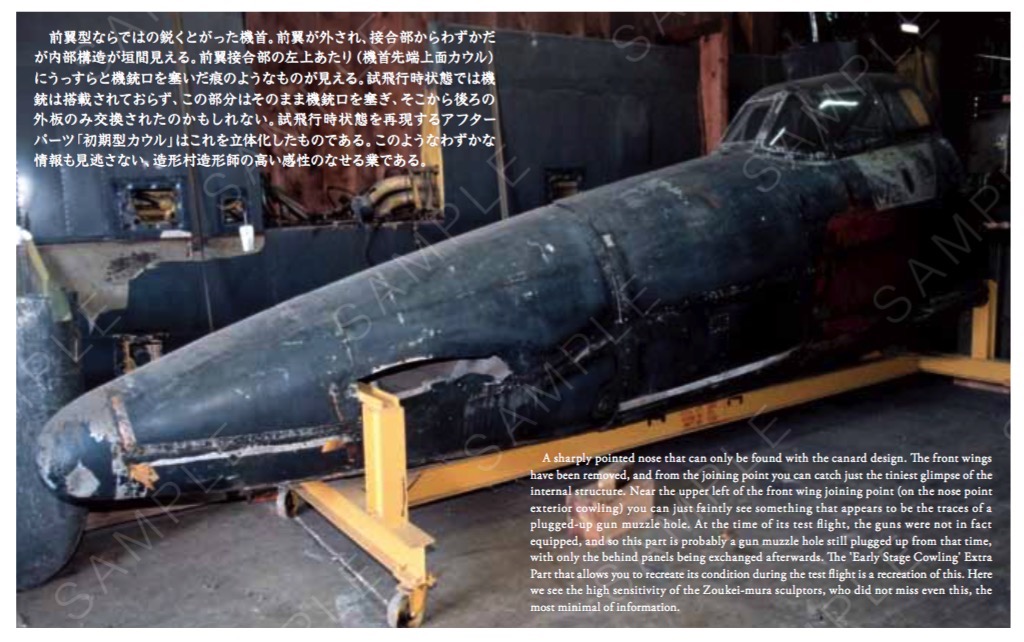 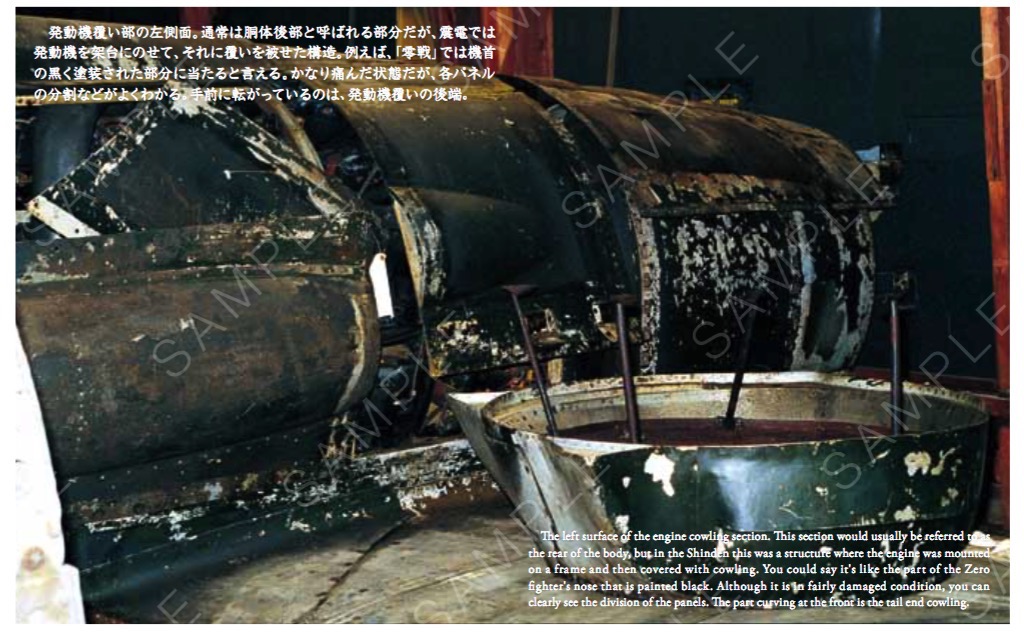 Manufacturer: Zoukei-Mura
Stock Number: ZKM SWS01B01
View all products of type "J7W Shinden"
The substantial contents begin with pictures of the single surviving aircraft, sleeping in a museum, with accompanying commentary, moves on to the circumstances under which the actual aircraft was developed, and never previously released secret details on producing the plastic model kit; furthermore, there are photos of the prize-winning works from the Shinden Competition, and finally, there's even a fictional military history about the Shinden!

Language: Japanese & English (Some parts are only in Japanese)